Fortnite Season X/10 All Rift Locations on the map

Here are the locations of all of the rifts on the Fortnite Battle Royale map in Season X/10.

Rifts were added to Fortnite Battle Royale in season 5. At the time, they were part of the storyline whereby things from our world entered the game and vice versa. In the Season 5 trailer, the Drift skin was rifted in from the real world.

When entering a rift, players will be then leave the rift in the middle of the air, allowing players to rotate around the map quickly. The majority of rifts are only available for a limited amount of time once they’ve been used, however, there’s usually one that remain even after use, for example, the one currently at Loot Lake.

The Rift locations have changed each season, and the locations once again changed for Fortnite Season x. We’ve marked all of the current locations of rifts on the Fortnite Battle Royale map for Season 10/X as one of the challenges/objectives for the Worlds Collide mission requires players to use 4 rifts.

Below you’ll find a map with all the rift locations for Fortnite Season X. Some locations marked below can have multiple rifts in the same spot, for example at Pleasant Park. 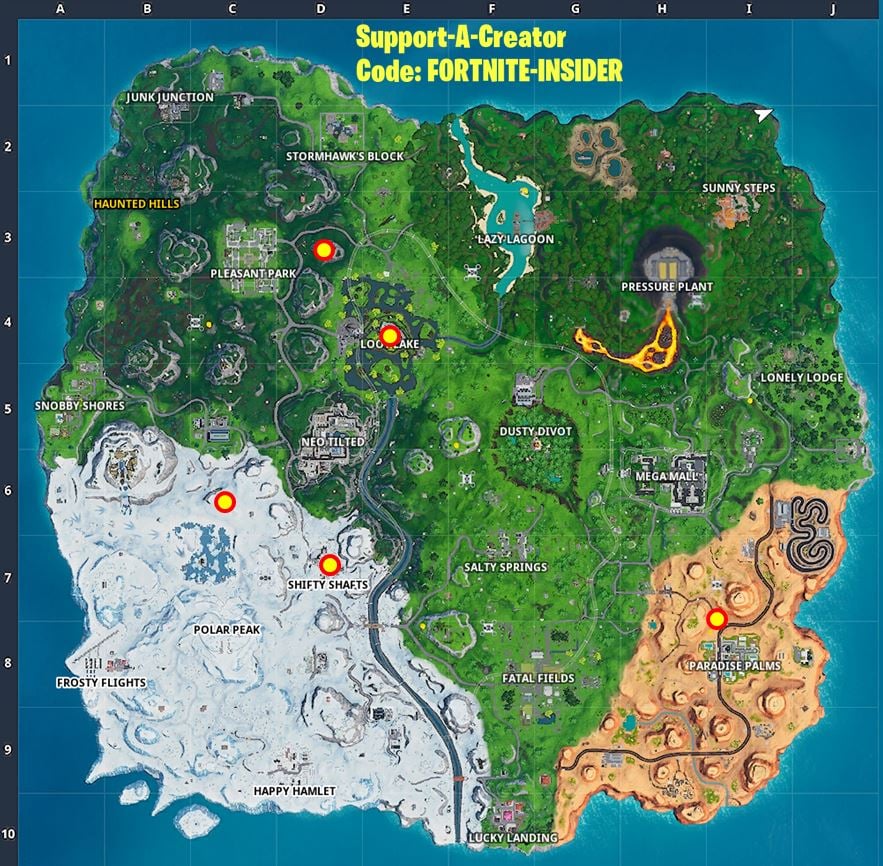 The rift at Loot Lake may not count towards challenges, so keep that in mind for today’s Worlds Collide rift challenge/objective.

There could be other rift locations on the map. If you happen to find any, feel free to let us know in the comments section below.

Fortnite: Visit a memorial to a cube in the desert or by a lake