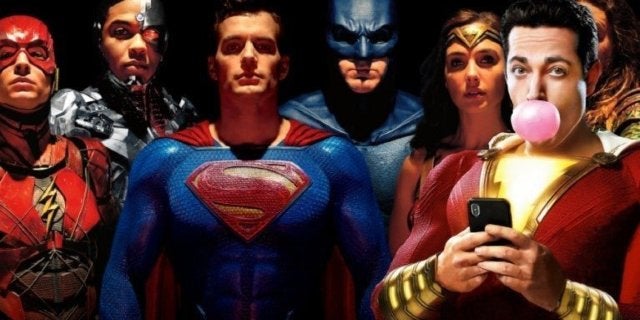 Shazam! Star Zachary Levi is ready to join the Justice League should the call come in. There’s been no news about a Justice League sequel from Warner Bros, but Levi hopes his superhero makes it into the roster if there is one.

“I hope so. I mean, I hope there’s a Justice League 2, and I hope that Shazam is in the Justice League 2…I think that would be so much fun,” Levi said during his fan Q&A at DragonCon in Atlanta. “The fact that I get to play a 14-year-old with superpowers is just like the coolest f—-ing job ever, and if I got to be a 14-year-old with superpowers who got to hang out with Wonder Woman and Batman, are you crazy? That’s the stupidest — it’s amazing! I would be having all the fun… It’s so fun, it’s so fun, but that’s the funnest part of it is I get to be the fun one. Everybody else is actually sexy and cool and adults and I’m like, ‘What’s going on? Are we going to save the world?’ I think Billy Batson and Peter Parker are the two closest… there’s an optimism as a youth there, a stokedness if that’s a word… to be a hero. And it’s not that it’s not dangerous or hard or whatever, but you’re like genuinely stoked to be doing it and I would, me and the Flash would be having a ball, dicking around, slapping each other and running around.”

Levi has been imagining his character as part of the League since at least last year before Shazam opened in theaters. “I’m looking at these posters going, ‘If this all goes well, and I get this job, and we go make this movie, and it does well, and this does well then I’ll be, theoretically, I’ll be on that next billboard with all those characters,’” Levi said. “So I haven’t just been thinking about it since I’ve been the character, I’ve been thinking about well before I got the job!”

READ  Brave, noble... delicious 🍔Defiant against hunger and protectors of the almighty food court. The Knights of the Food Court are here. https://t.co/pdzmuADP08

He went on to discuss how Shazam might interact with some of the other Justice League members. “I’m a 14-year-old and we’ve got Wonder Woman there and just having a total crush… Like, how do you act cool when you’re crushing on the most beautiful woman in the world who also happens to be a goddess?” Levi said. “And trying to act cool around Superman and Batman and all that stuff? I mean, my brain was just immediately going to all those possibilities cause I think it would be a whole lot of fun.”

As for the Flash, “We’d literally be racing each other [all the time],” he said. “I think I’d be trying to arm wrestle Superman all the time. We’d just be goofing off. Oh God, I want it to happen so bad!”

Do you hope to see Shazam in a Justice League sequel? Let us know in the comments.