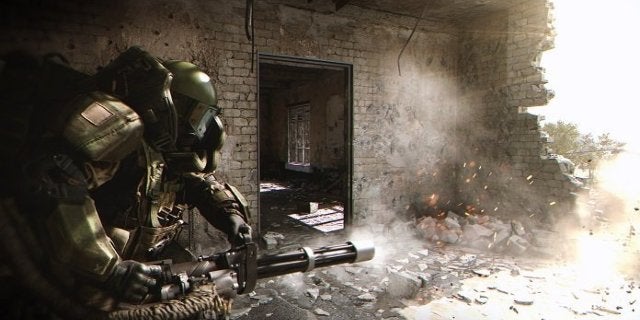 Call of Duty: Modern Warfare’s release is still over a month away, but Call of Duty players won’t have to wait that long to see more of the game and play it themselves. Following the 2v2 Alpha which gave the public their first hands-on experience with Modern Warfare, multiple betas are planned for releases before the game’s launch. Two other modes will also be featured, according to the game’s latest roadmap, which will provide a better look at the game’s campaign and its Special Ops mode.

Activision and Infinity Ward shared the roadmap below on Thursday that showed what Call of Duty fans have to look forward to before the October 25th release date. Dates for the betas were already known, though the graphic serves as a handy reminder for those two betas that’ll take place starting on September 12th and again on September 19th. The first of those betas will be another PlayStation 4 exclusive while the second test will try out the game’s cross-play features.

The road to launch for #ModernWarfare is in its final stretch. Gather your intel and get ready for the Open Beta next weekend. pic.twitter.com/agQvlqR4lC

Between those betas will be more details on how this cross-play system will work. Modern Warfare will notably be the first Call of Duty game to feature cross-play capabilities, and we’ll learn more about how those plans will be implemented on the week of September 16th. It’s previously been announced that Modern Warfare will use input-based matchmaking like other cross-play games do, though the finer details of how the whole thing will work remain to be heard.

After the second beta, we’ll see more of the game’s campaign at the end of September. The return of the campaign is a selling point for those who missed it in Black Ops 4, but it’s not been without its share of controversy. It’ll have its unsettling, gritty, moral-testing moments based on what’s been shown to people so far. Two different perspectives of playable characters previewed these sides of the campaign during private events, so perhaps it’ll be those demos the public sees at the end of the month.

Last but certainly not least is the Special Ops premiere where Call of Duty fans get a taste of the mission-based co-op mode. That mode will be featured during the week of October 7th just a few weeks before the game’s full release.

Call of Duty: Modern Warfare is scheduled to be released for the PlayStation 4, Xbox One, and PC platforms on October 25th.