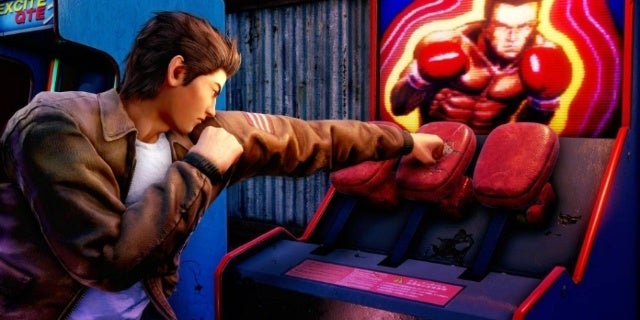 A new trailer for the long-awaited Shenmue III has been released as part of the ongoing Tokyo Game Show, and while it doesn’t necessarily focus on any particular aspect of the game, it offers a nice overview of the world in which players will play by showing off a number of locations and characters during various activities and times of day. It’s described as a “mood video,” and that certainly seems to fit the bill.

Though the game, which follows the life of Ryo Hazuki, is finally set to release later this year, it has had its share of development troubles. It’s been delayed multiple times, and recently ran into some difficulties when it was announced that the PC version of the title would be exclusive to the Epic Games Store — long after the crowdfunding campaign had promised Steam codes. While all of these hurdles appear to have been cleared, it’ll be interesting to see what, exactly, the final product ends up looking like when it does release.

Feel the spirit of the land that Ryo will explore & discover in the third installment of the Shenmue series.
Check out the latest #Shenmue3 trailer that has just been revealed at #TGS2019: https://t.co/jvG7u4Lp50

Here’s how the publisher’s official website for Shenmue III describes the game:

“Shenmue III brings to life an exciting, living-and-breathing world, one filled with thrilling locales to explore, puzzles to solve, and enemies to thwart. Players take the role of Ryo Hazuki in a story-driven and revenge-fueled adventure with a cast of incredible characters. Powered by innovative and skill-adaptable Free Battle and Special Skill systems, Shenmue III is the sequel fans have been waiting for.”

What do you think about the new trailer for Shenmue III? Are you excited to check out the game when it finally releases? Let us know in the comments, or hit me up directly on Twitter at @rollinbishop to talk all things gaming!

Shenmue III is scheduled to released for PlayStation 4 and PC on November 19th. You can check out all of our previous coverage of the upcoming video game right here.