There’s a ton of card games out there!

Hearthstone roared onto the scene in 2014, and with the backing of Blizzard’s billions, tore up the esports scene and never looked back. It’s a giant in the collectible card game (CCG) space, and there’s a ton of highs and lows to go with that history.

This past week has been a near-unprecedented low, leading a lot of players to jettison their game of choice and look for alternatives. Thankfully, Hearthstone isn’t the only card game on the market. Here’s a few more. 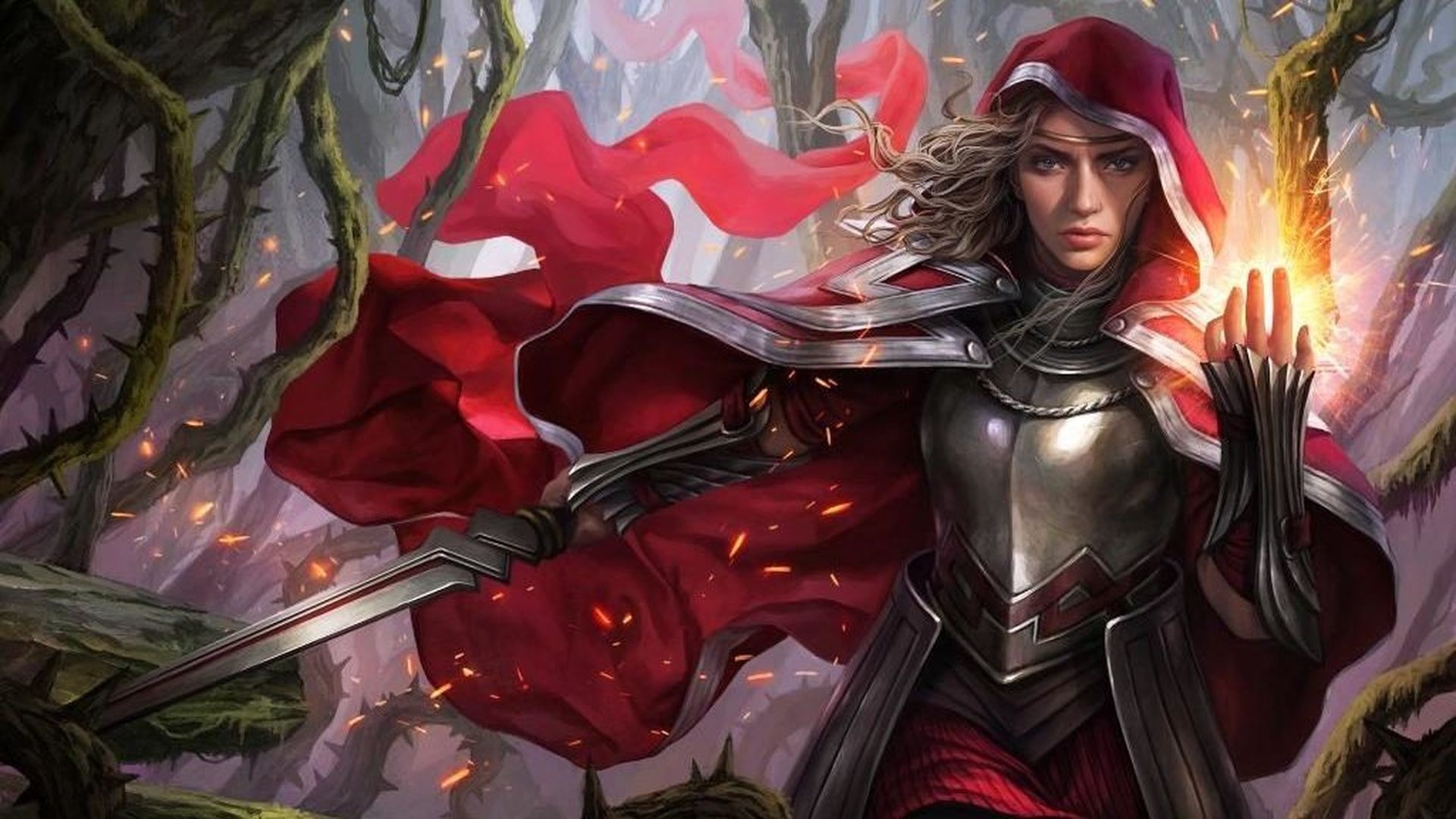 Magic: Arena is one of the best card games available right now, and pioneered a lot of the systems that Hearthstone used to build its foundation.

Known as one of the most prevalent card games on the planet, Magic helped create the “standard” system that pretty much every active competitive card game uses, keeping the meta fresh while requiring the newest cards. I have my issues with some of Arena‘s monetization schemes, as detailed in our full comprehensive review, but I still play it nearly every day. It’s that good, and if you’ve ever wanted to learn how to play Magic, this is a great free tutorial.

Arena is currently available as a standalone client and can be launched directly from the Epic Games Store. 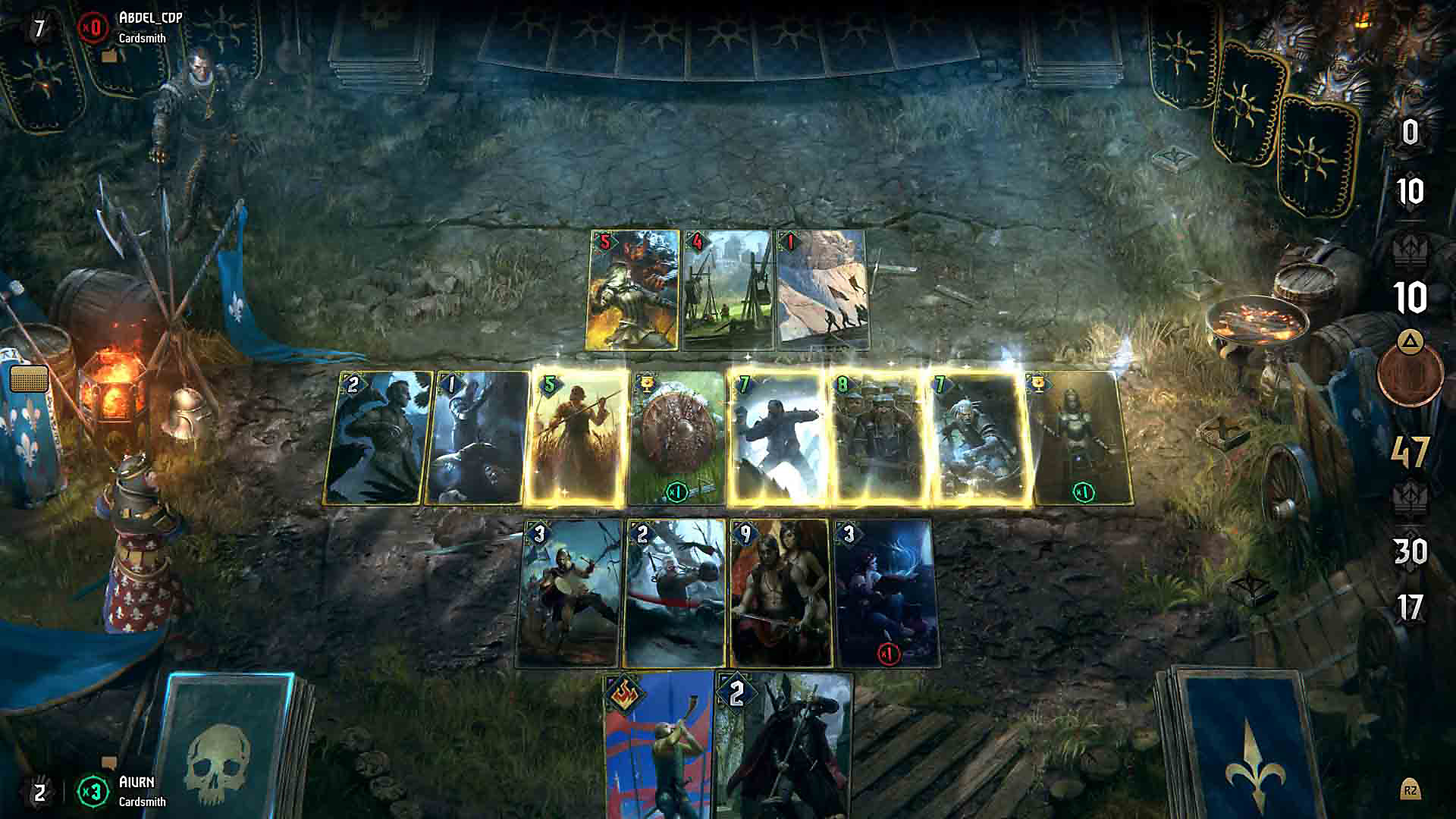 The folks over at CD Projekt Red went above and beyond for the standalone adaptation of the popular lore-leaning card game, and it really shows in this insanely polished and well-balanced project. Although it looks very intimidating, Gwent has a low barrier of entry alongside of a high skill ceiling, which is why it’s so popular today.

Gwent is available on GOG, the publisher’s own launcher. There’s also the Thronebreaker: The Witcher Tales project, which is a standalone card-based RPG that’s available on Steam and GOG, as well as PS4 and Xbox One. 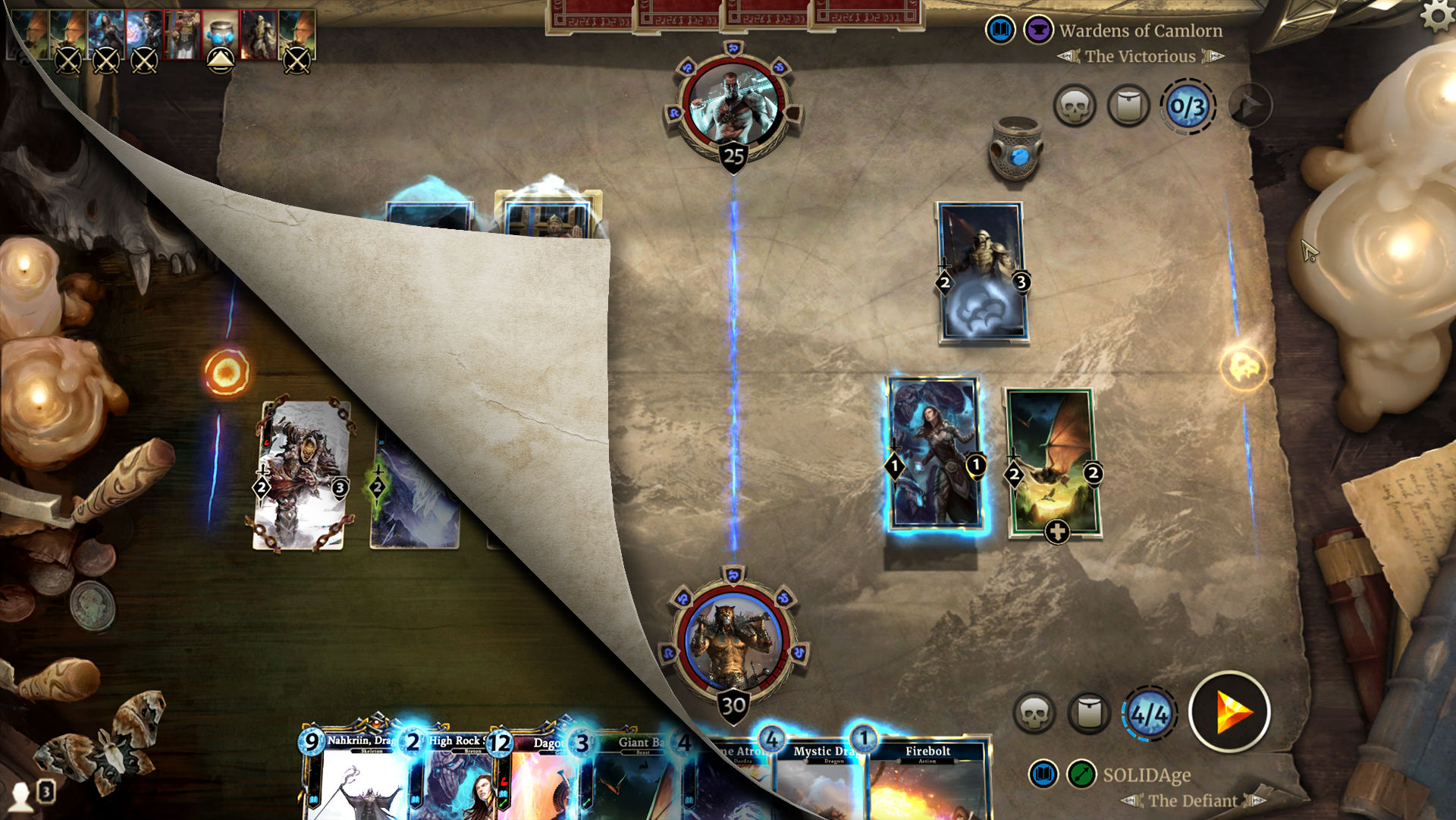 Bethesda, for better or worse, is taking the Ubisoft approach for a lot of their games.

Whereas some of their launches might be rocky, they end up having a long tail, and Legends is a candidate for the BUG (bring up your grades) award. The publisher has since swapped development houses, overhauled the entire UI, and steadily added a ton of new content to the game. It also completely dunks on Hearthstone from a PVE aspect, supplying solo players with story content that Hearthstone has shied away from in recent years.

You can find The Elder Scrolls: Legends on PC on the Bethesda launcher, as well as mobile devices (Android, iOS). Console versions are coming in the future, but Bethesda wants full cross-play/cross-progression before that happens. 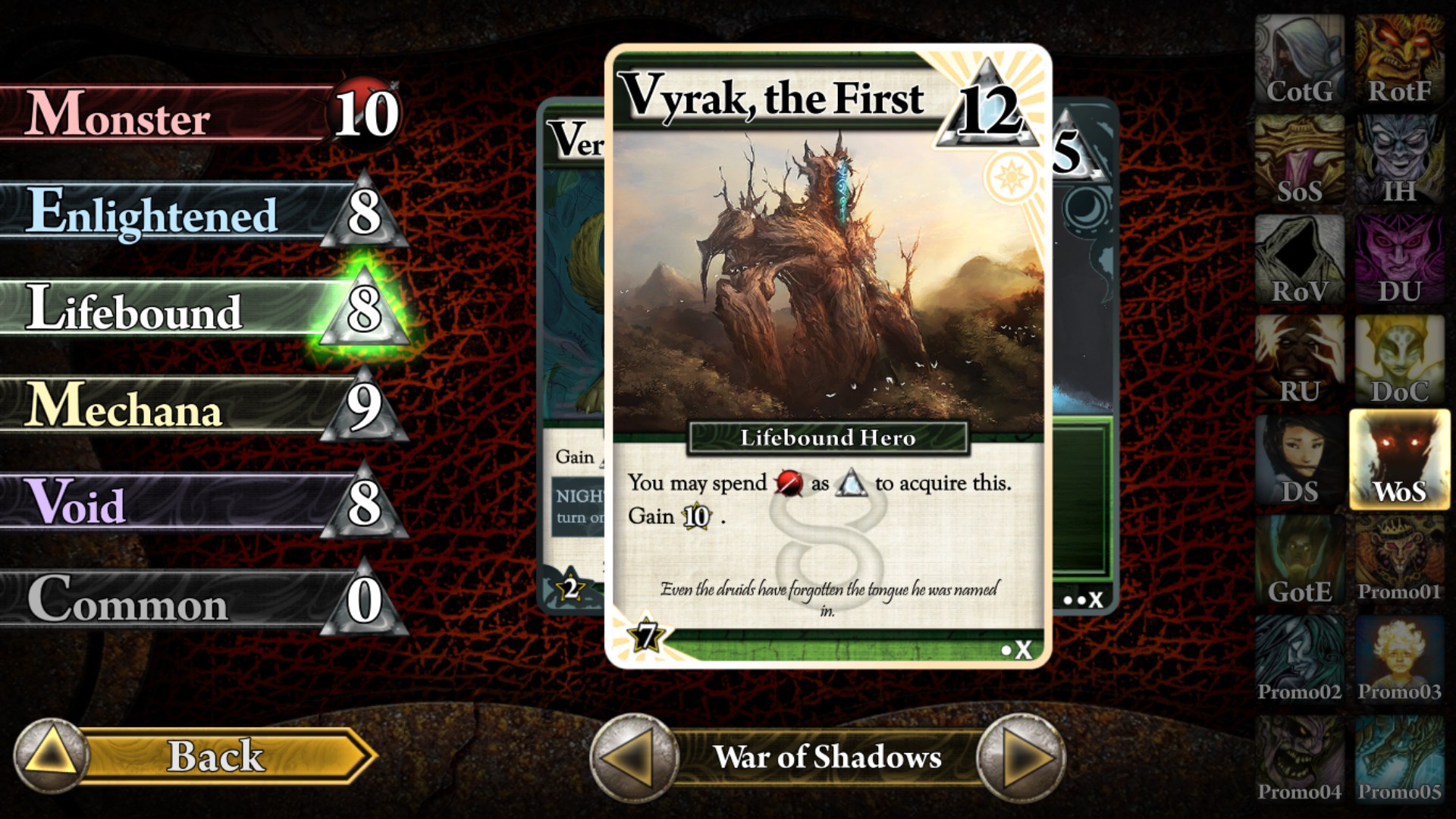 Ascension shares a lot of the same DNA as Hearthstone: it was one of the first iOS card games to market, and used that success to peddle tons of expansions and updates in the years since.

Born out of a physical deck-building game from 2010, Ascension has been refined for years on end through endless amounts of balance toiling and the leadership of multiple Magic Pro Tour players. As a deck-builder it does have a different feel from most of the games on this list, but serves as a perfect intro to the genre.

You can find it on Steam, Android and iOS. 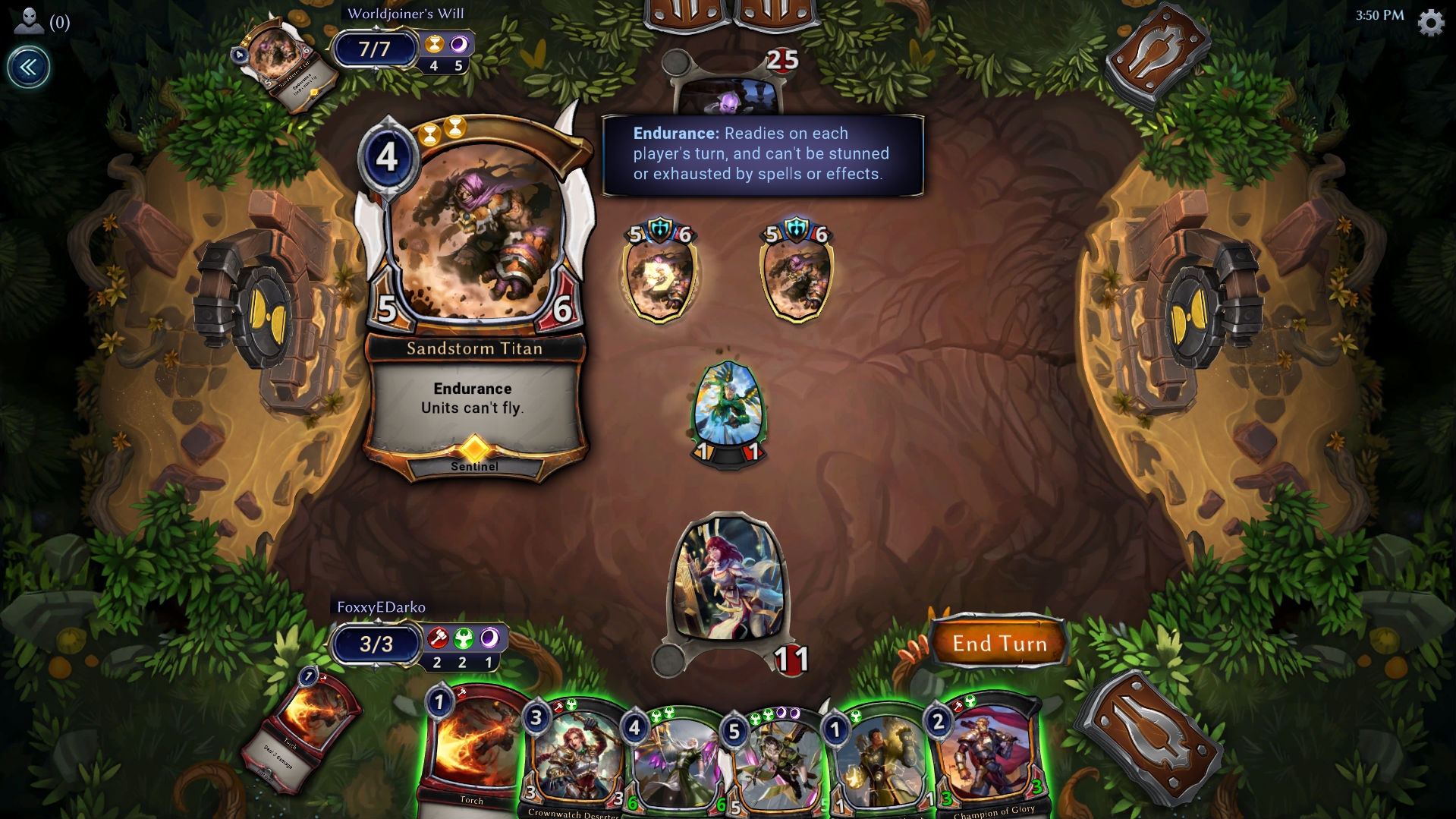 Coming out of nowhere, Eternal basically forced its way onto the scene and hasn’t left.

Out of everything it’s probably the closest analog to Hearthstone, which makes it a perfect game to move to if you’re going on a Blizzard hiatus. Cards slam onto the table, often with Hearthstone (Magic)-like abilities, and your objective is to defeat an enemy commander/hero, who explodes when beaten.

Eternal is available on Steam, Android, iOS, the Microsoft Store, and directly through developer Direwolf. You can find all of the proper links here. 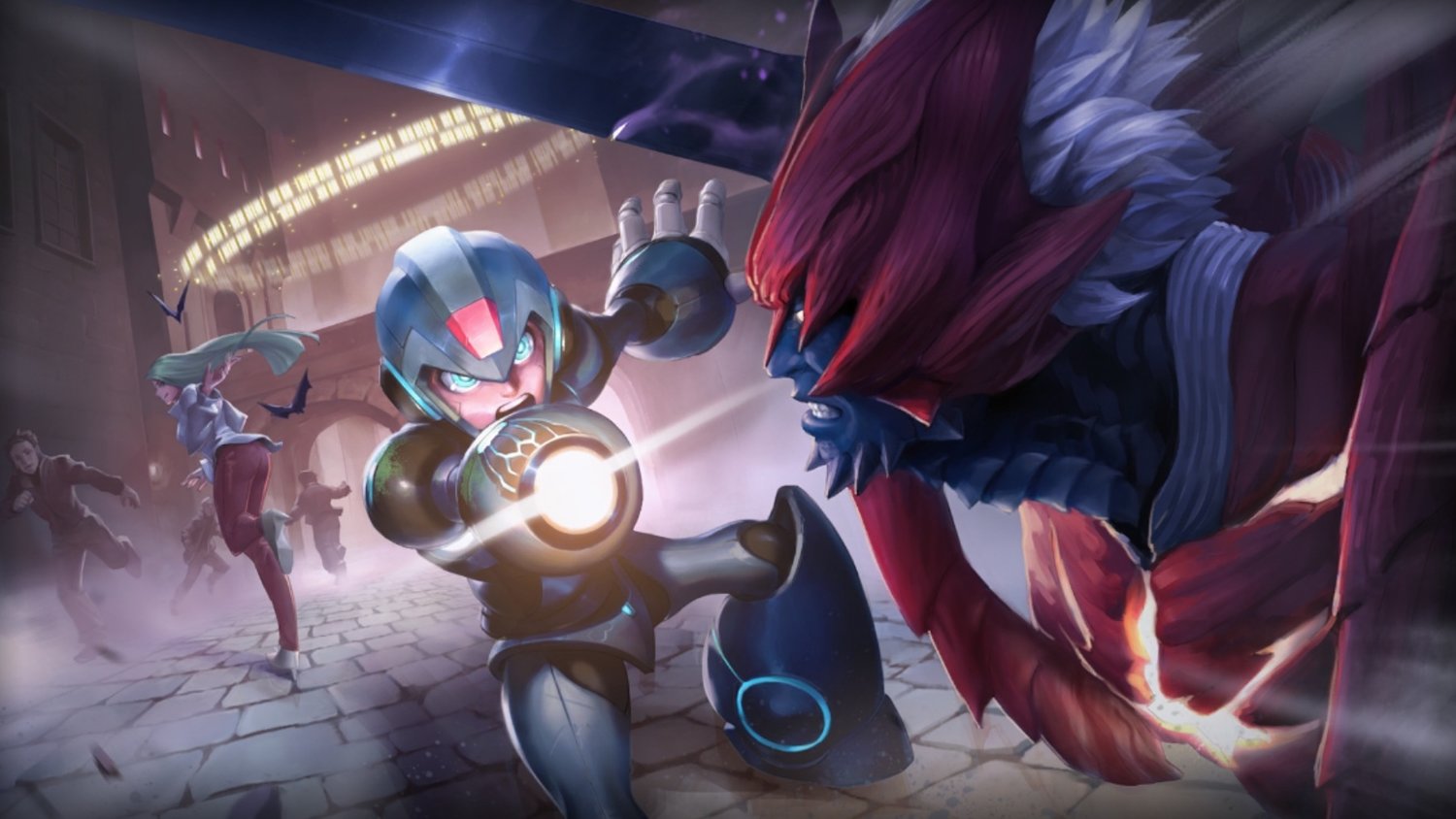 Teppen is wild. Just look at that image! It’s like a grimdark Mega Man X spinoff!

But Teppen taps into way more than just the Blue Bomber’s far-future self, hosting Resident Evil, Monster Hunter, Street Fighter, and more classic IPs. It also aims for a distinctly different feel than most CCGs, focusing on real-time action as opposed to turn-based play. Although there are some aggressive levels of monetization involved, you can play through the story of each character for free, and play with some really competitive decks without spending any money; relying on quick reaction times and tapping instead of rarer cards.

You can find Teppen on Android and iOS. 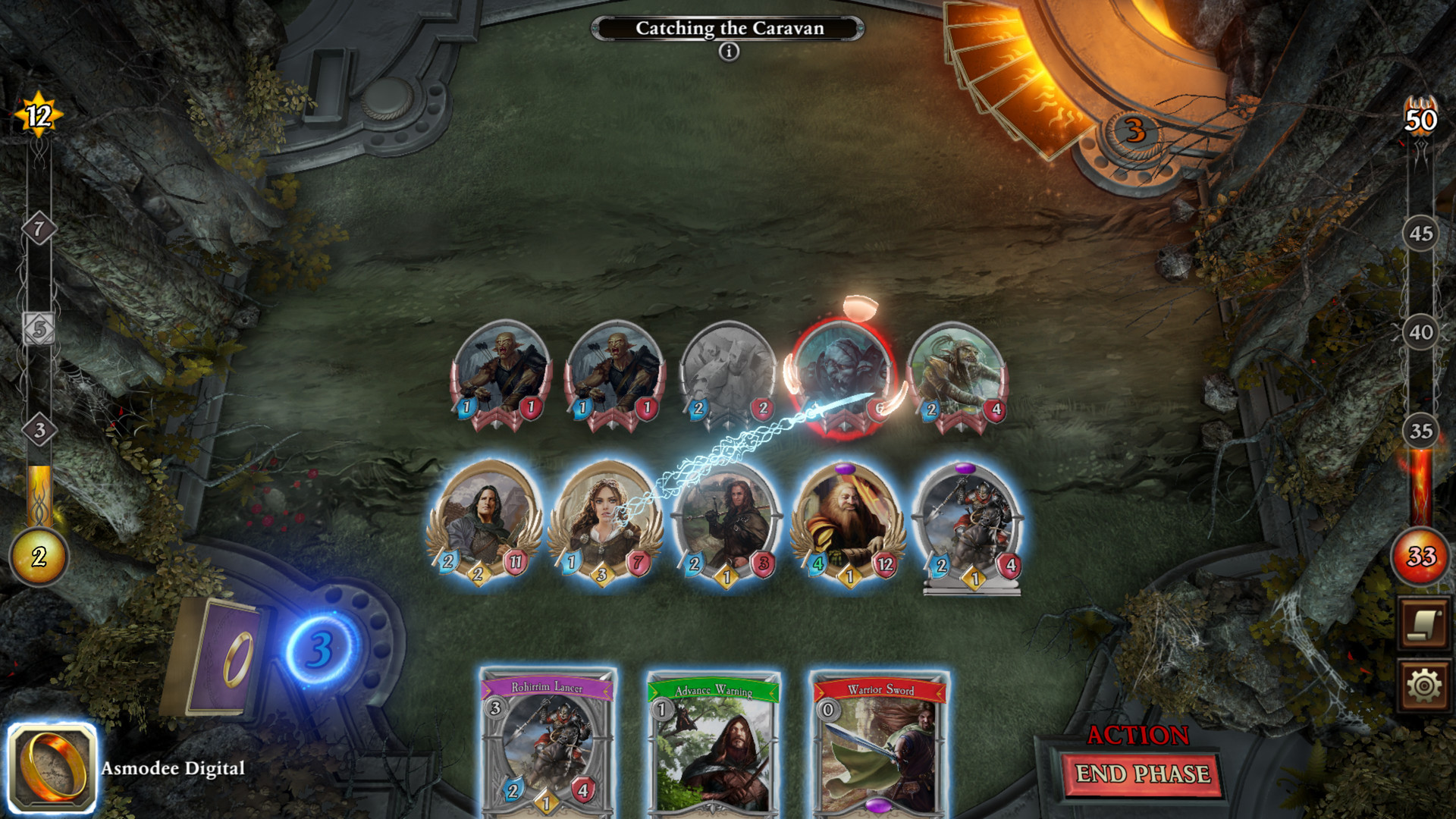 The Lord of the Rings: Adventure Card Game

Going for something completely different, Fantasy Flight Interactive’s Lord of the Rings: Adventure Card Game is completely PVE, with concessions for multiplayer co-op. You’ll do battle against an enemy AI who’s controlling a “Sauron Deck,” with a fully featured (voiced) campaign.

READ  I GOT TO PLAY VALORANT! *FIRST LOOK*

For a small outfit FFI has been updating the game steadily since beta, providing tons of new story content, insanely hard challenge missions, and more hero archetypes that completely alter the deck-building experience. Given the PVE feel, it’s one I always find myself going back to when I’ve finished my ladder runs and quests from some of the above games.

The Lord of the Rings: Adventure Card Game is currently available on Steam, and is set for a console launch at some point in the future (it was supposed to have arrived already, but has since been delayed).

Honorable mentions that still exist but have winded down: