Fortnite Season X: When Does “The End” Event Start? 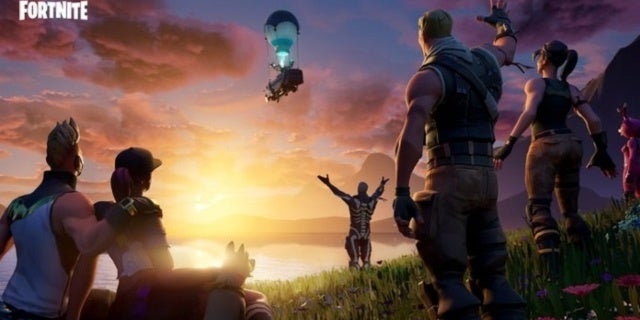 The Fortnite cycle continues as the current season is now winding down and the next one is about to start. Currently in its tenth season that Epic Games has referred to as “Season X,” Season 11 – or whatever it may be called – is expected to start next week. That information comes from what we can discern from Epic Games’ extension of Season X, and the frequent teasers leading up to the next season’s start give us a better idea of when the next big event will happen that’ll transition us into the upcoming season.

Just as it’s done with the start of past seasons, the Fortnite Twitter account has been dropping hints about what’s coming with a countdown foreshadowing something big. “The End” is the phrase that keeps getting thrown around in connection with the next event, and thanks to these Twitter teasers, we now know for sure when the event will take place. Based on the most recent teaser that was shared today and said there were 24 hours to go before the event happens, The End will occur on October 13th at 11 a.m. PT.

The End is near.

As for what’s going to happen during The End, nobody knows for sure. It’ll presumably have something to do with The Visitor and will have serious implications for the Fortnite map as players know it, but the same could be said for any seasonal event. Calling something “The End” certainly has a more ominous tone to it though, so this one might be an event to keep an eye on even if you’re only casually interested in Fortnite’s ongoings.

Past Fortnite seasons have typically started immediately after the current season ends. Season 11 may follow that trend, though it’s possible that there will be a short break between the two seasons. Epic Games loves to tease its upcoming seasons even more by sharing fragmented images on Twitter that hint at points of interest and outfits found in the next season’s battle pass, so if the season doesn’t start right away, expect to see those trickled out all next week.

It’s also unknown what Season 11 will hold, but a leak from Apple gave an idea of what to expect. Something called “Fortnite Chapter 2” made an appearance in one of Apple’s app stores to indicate that this next season might actually be the first season of Chapter 2, though the greater implications for what that means for Fortnite are, again, unknown.

Leaving Soon! Cloaked in mystery, this Mythic Ninja uses throwing stars to take down the Husks. Grab Cloaked Star before he leaves the #SavetheWorld Event Store.pic.twitter.com/A2kUrYhJfg