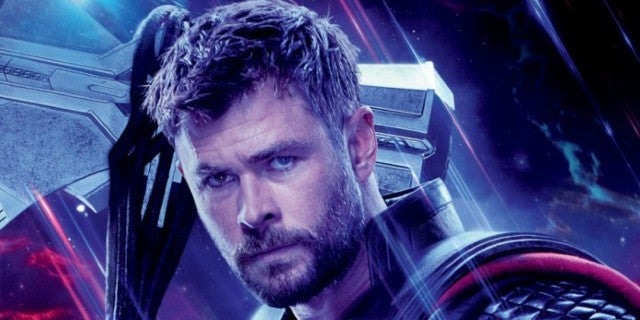 Nobody really knew what to expect from Avengers: Endgame stepping into theaters to see the film for the first time. You can go ahead and count Chris Hemsworth as one of those people after some comments he made this weekend. During an appearance at ACE Comic Con, he talked about his favorite part of Endgame. Bro Thor was a major surprise for audiences and it makes sense that the actor would have a soft spot for his strangely Zen but deeply troubled version of the character. The physical transformation ended up being an outward manifestation of the guilt and the stress of so much rapid change on the former king of Asgard. The actor absolutely enjoyed bringing Bro Thor to life along with all of his co-stars.

Keep in mind, until some early reviews started to trickle in, nobody saw that coming. The promotional materials all had Hemsworth looking pretty similar to the version of Thor from Ragnarok. Even the toy images that flooded the Internet before the release of Endgame showed him looking muscular with Stormbreaker at his side. But, as soon as Rocket and the Hulk show up in New Asgard to bring him into the plan, he’s looking like he’s lost a little bit of hold on himself after the devastation of failing to protect half of all the life in the universe. Thor takes it harder than anyone else because he could have ended it all by going for the head. Hemsworth sounds like he really relished being able to take audiences on that journey with him.

He began, “Playing that version of Thor was a real joy because on Ragnarok we did something so drastically different. Then, Infinity War, I came in thinking I was going to do Ragnarok and Anthony and Joe Russo said, ‘No, we’ve got something different again.’ Then I got to Endgame and thought, ‘Man, what do we do now?’ We have to keep making these big changes and they had that idea for that character.”

“We just kind of ran with it, and it evolved. There was a lot of improvisation. But, there were no rules with what we could do there. Again, when you kind of remove the box the character is in, it keeps you surprised as the actor. For the audience, I think what was fun was, I didn’t know what the hell was going on, and I think most people were along for that journey,” he added.

Both Joe and Anthony Russo share their enthusiasm for that reveal as they told IMDb earlier this year that the moment was among their favorites in the movie. There’s something really human about seeing Thor just living his days out playing Fortnite (If it came back in that universe after today’s blackout.)

“I don’t know if it’s just because it’s the most recent film, but there’s something I love so much about the scene where Rocket and Smart Hulk go to recruit Thor to come on the mission in the film,” Anthony began. “And then we discover Thor, sort of the condition that he’s been devolving into for the past five years,”

Joe continued, “There’s something that’s so funny, yet human and relatable, about that scene. And I really love what Hemsworth did with the character in that scene. I love that scene.”