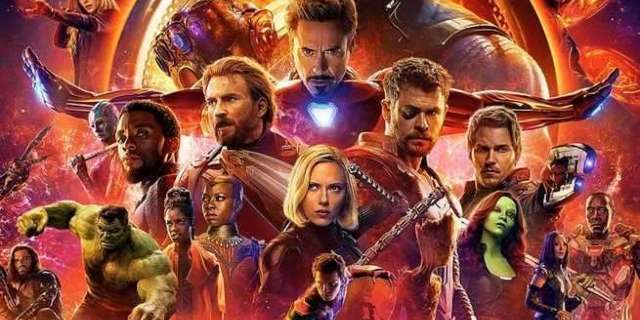 The Little Mermaid Live had the Internet very captivated this week as the United States watched a live version of a Disney classic. Now, one Broadway actor is angling to bring the Marvel Cinematic Universe to the live-action stage as well. James Monroe Iglehart, known for Hamilton and Aladdin on stage, raised the question about Avengers: Infinity War on social media. Dave Bautista, Drax of the Guardians of the Galaxy, is absolutely on board with the idea. When Iglehart asked about playing Thanos in the theater version, people absolutely loved the idea. Bautista got a hold of it and decided that the veteran actor would be a better fit to be his character. In fact, he would love to see it. These sorts of ideas aren’t just a cool dream, but with all the overlap between Disney properties, you could conceivably see this hit a stage at some point in the future.

Thanos is unquestionably the biggest bad guy in the Marvel Cinematic Universe after the events of Avengers: Endgame. Avengers: Infinity War director Joe Russo originally stated his desire to turn him into a cultural icon. It looks like he’s accomplished his goal after the character appeared in Fortnite and has been a subject of approximately a million memes. When he spoke to ComicBook.com at Comic-Con International: San Diego, Russo said he wanted to put Thanos on the same level as Darth Vader, literally one of the instantly recognizable villains in all of media.

“The stakes are incredibly high,” Russo said in regards to the situation in Avengers: Infinity War. “I wanted to turn Thanos into Darth Vader for a new generation. He’s an incredibly intense character. Sociopathic. He takes no prisoners. I think the audience needs to be prepared when they go see these movies.”

Thanos’ quest for the Infinity Stones to adorn his Infinity Gauntlet and infinite power was completed in the film. When asked how that quest affected the structure of Avengers: Infinity War, Russo brought up he and co-director Anthony Russo’s habit of using popular films as touchpoints.

“Structurally, with this first film, Avengers 3, we’ve been using smash and grab ‘90s heist films,” he says. “There’s a real urgency to the film and it adds a level of excitement and relentlessness to the movie. It’s a lot of divergent narratives coming together into a climax.”