All The Items Offered Today on Local Comic Shop Day 2019

Today is Local Comic Shop Day, when local comic shops (bricks and mortar only) get special deliveries of special items with variant covers, exclusive formats or early releases of certain items. See what is waiting for you in your local comic shop – if they are participating, that is. Here are a few doing even more… 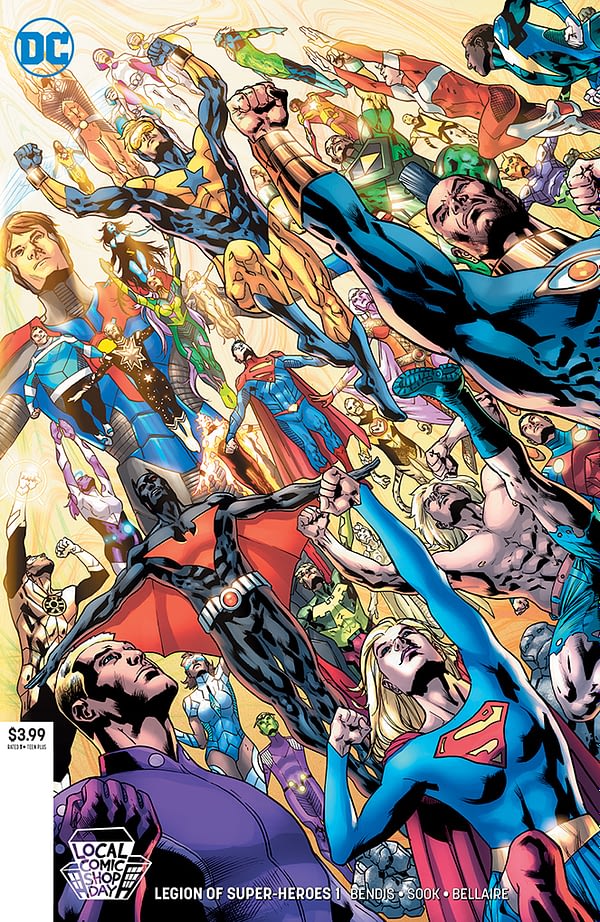 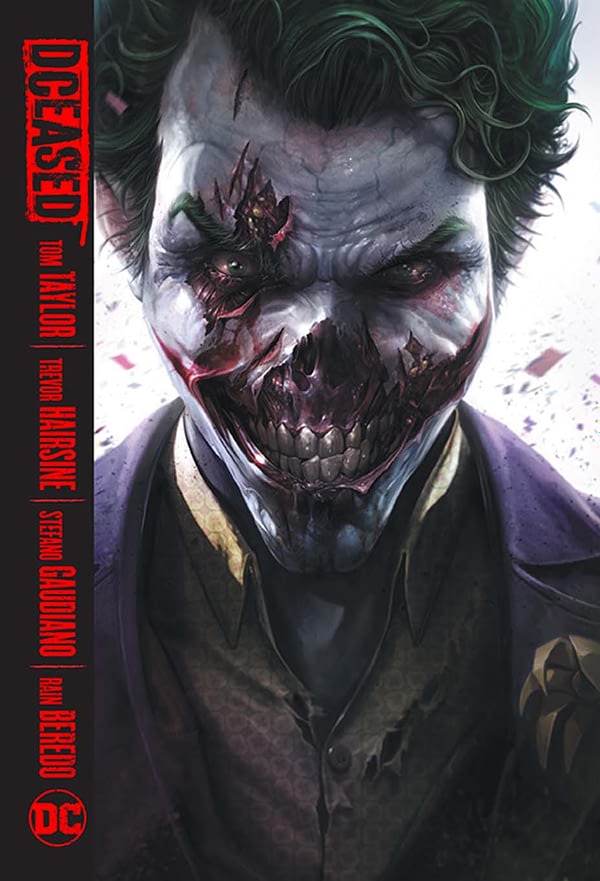 What happens to the World’s Finest if the world ends? With death spreading across the planet, who will live and who will turn in this apocalyptic tale of heroism, sacrifice and annihilation? Fighting time, each other and all of humanity, Earth’s greatest heroes must rally together for what may very well be their last chance to save the world from the most terrible plague humanity has ever seen. The Anti-Life Equation has been released and is ravaging the world at the viral speed of social media. Once exposed, victims lose their minds, violently attacking all around them. The heroes of Earth are fighting a losing battle to save the world… and themselves! Collects DCeased issues Nos. 1-6 and DCeased: A Good Day To Die No. 1. Limited to 1400 copies. 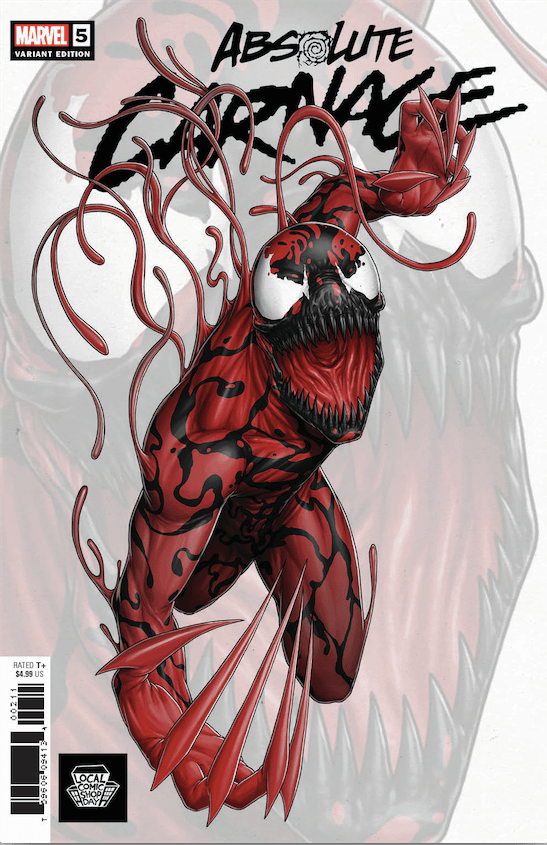 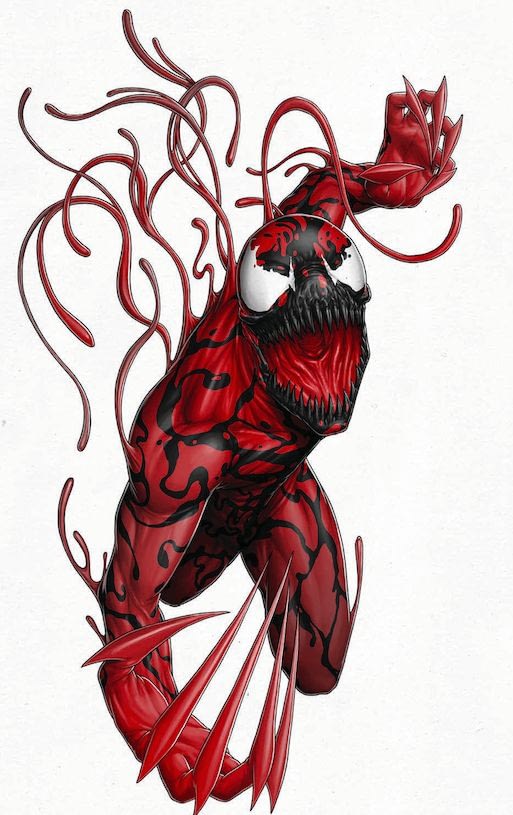 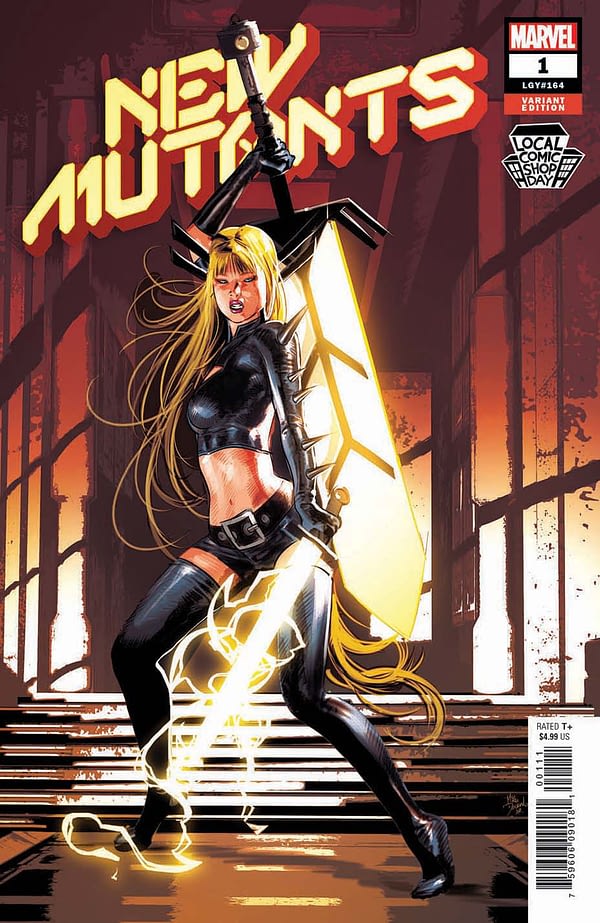 LCSD 2019 NEW MUTANTS #1
THE NEW GENERATION CLAIMS THE DAWN!
The classic New Mutants (Sunspot, Wolfsbane, Mirage, Karma, Magik, and Cypher) get together with a few new friends (Chamber, Mondo) to seek out their missing member and share the good news… a mission that takes them into space alongside the Starjammers!
40 PGS./RATED T+
(1000 copies) 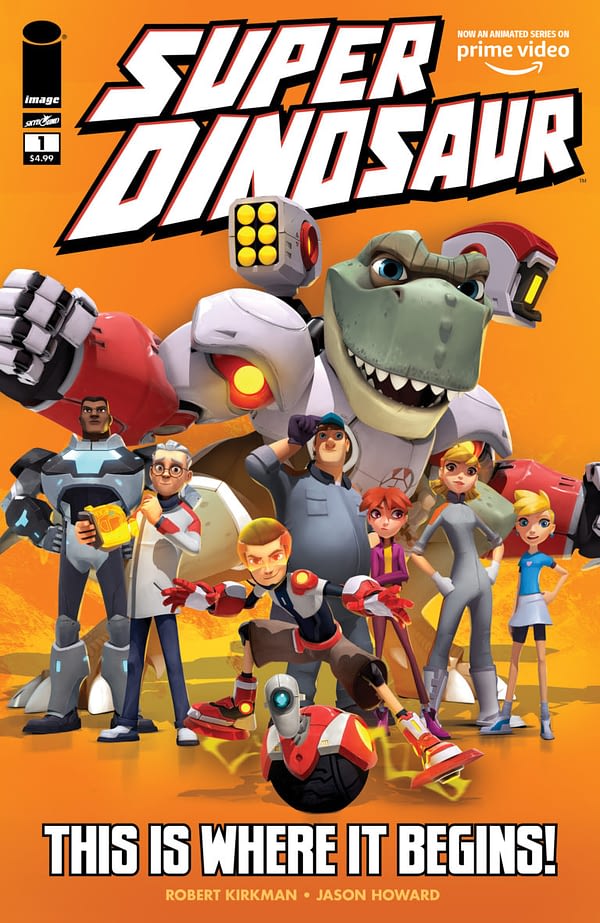 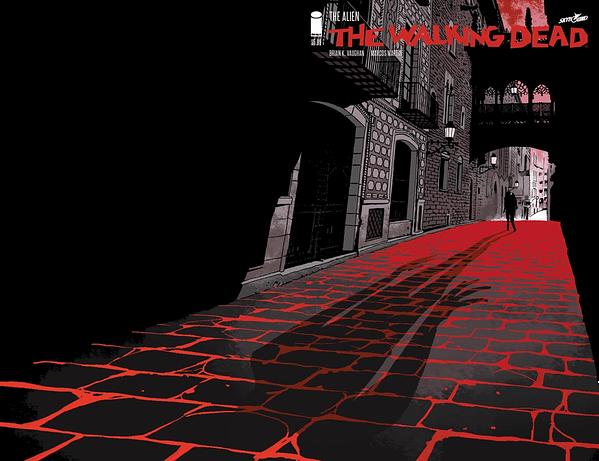 The Walking Dead: The Alien
(W) Brian K. Vaughan (A/CA) Marcos Martin
IN PRINT FOR THE FIRST TIME! Set in the Walking Dead Universe in Barcelona, this issue reveals what happened to Jeff Grimes, Rick’s long-lost kid brother who was first mentioned in The Walking Dead No. 3. 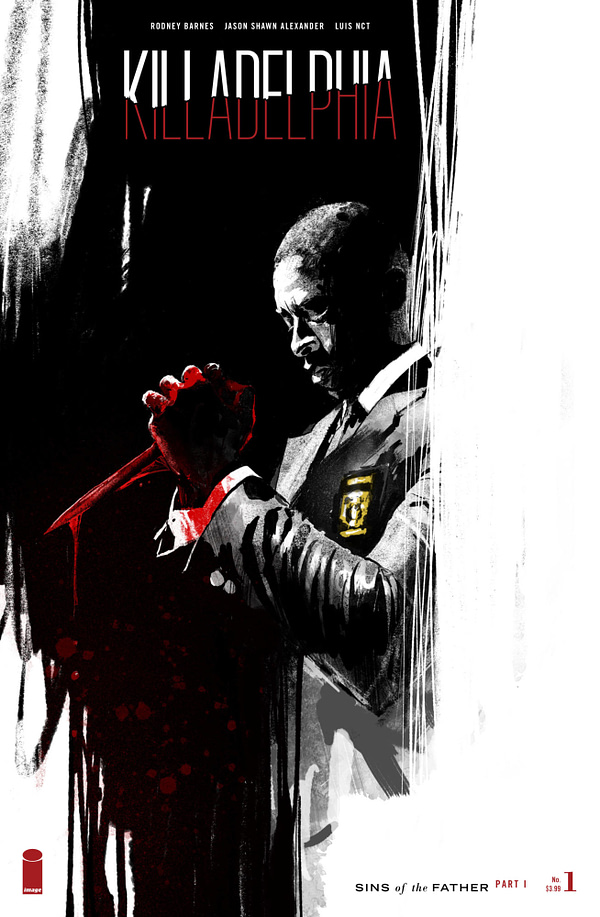 When a small-town beat cop comes home to bury his murdered father-the revered Philadelphia detective James Sangster Sr.-he begins to unravel a mystery that leads him down a path of horrors that will shake his beliefs to their core. The city that was once the symbol of liberty and freedom has fallen prey to corruption, poverty, unemployment, brutality… and vampires.
Welcome to KILLADELPHIA. 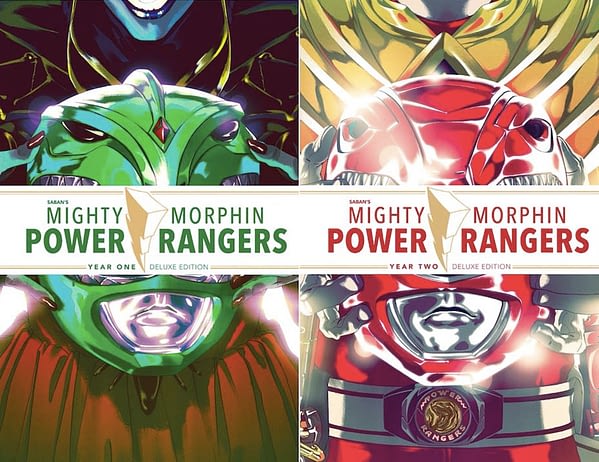 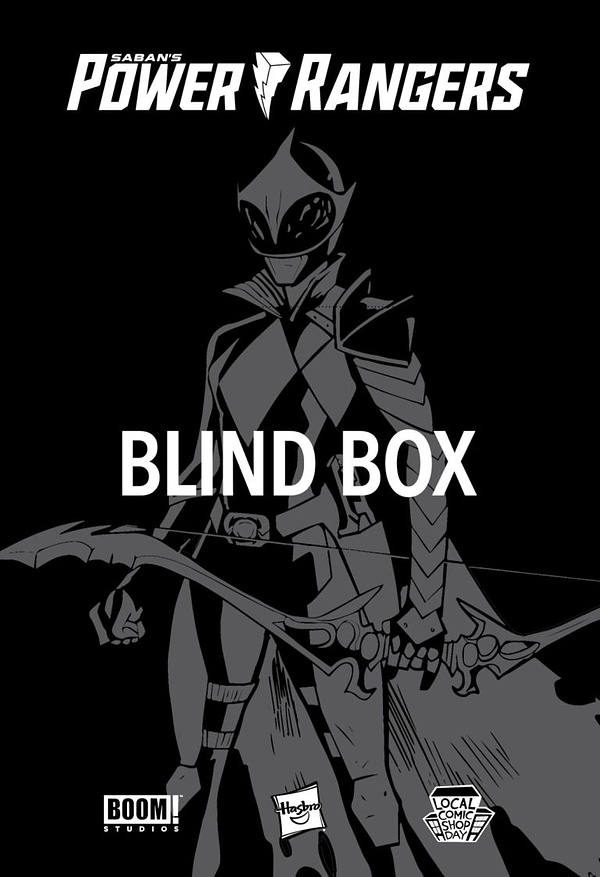 Hazel and Cha Cha — the bizarre assassins who first appeared in Umbrella Academy: Dallas, and blew audiences away in the Netflix series — track down a rogue time agent and cross paths with a plot to discredit Christmas. 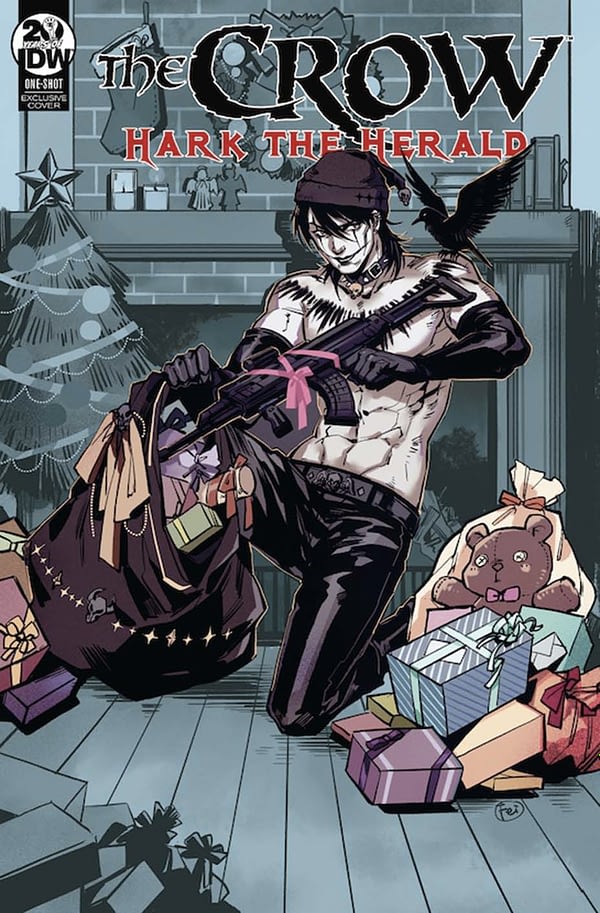 The Crow: Hark the Herald No. 1 LCSD Edition

Every year, a group of six people gathers for Christmas in a cabin in the far Northwoods of Wisconsin. But this isn’t your average bickering nuclear family. These are six of the most prolific killers in North America. Now, last year’s sins have risen from the grave, ready to deliver the gift of revenge. Guided by the Crow, Cecilia Rite will give six psychos a holiday hammer party. The Crow knows who has been naughty… 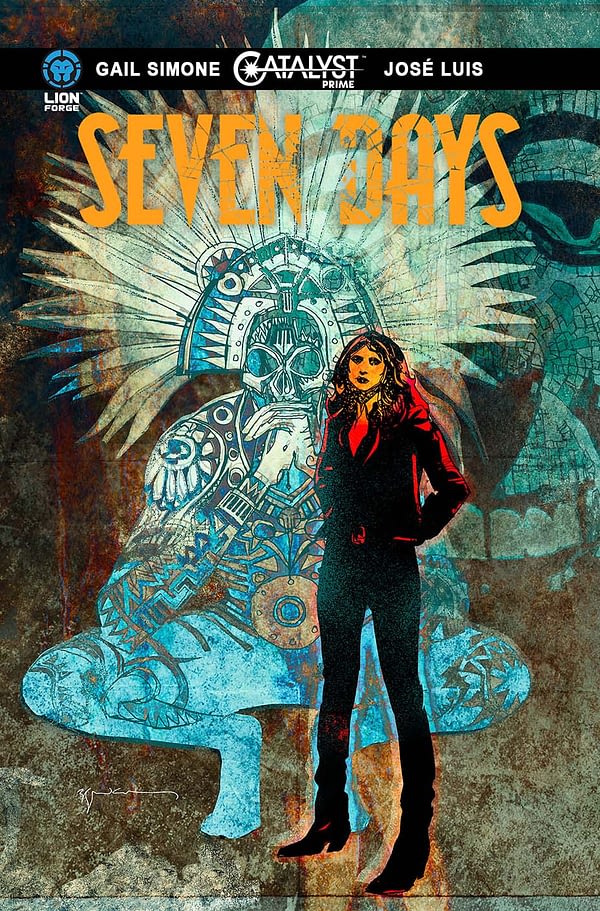 Day One: Lorena Payan was the first to realize a meteor was hurtling towards Earth two years ago. Now, she’s the first to realize the Earth is in danger once more from something equally cosmic but far more sinister. As dubbed by a mystery figure, the Obsidian Men begin appearing silently all over the globe, and our heroes Noble, Summit, and Accell join together to investigate.  Limited to 1000 copies 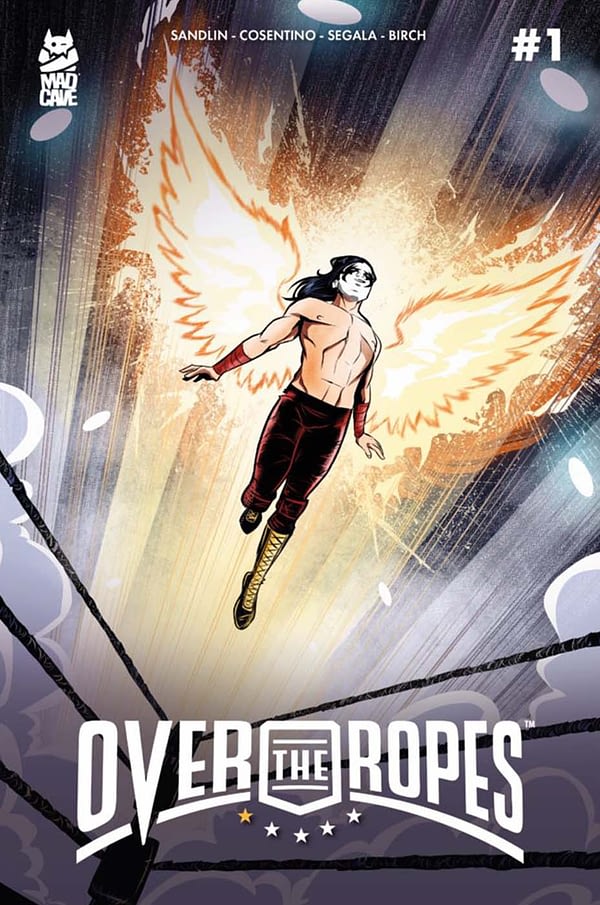 Over the Ropes No. 1 LCSD Edition

Step over the ropes and into 1990s wrestling. Set in a fictional world, Over the Ropes dives into sports entertainment’s biggest era. A young high-flyer named Jason Lynn goes off-script in a match to win the world title and sets the southern territory on fire as the face-painted wrestler, Phoenix. 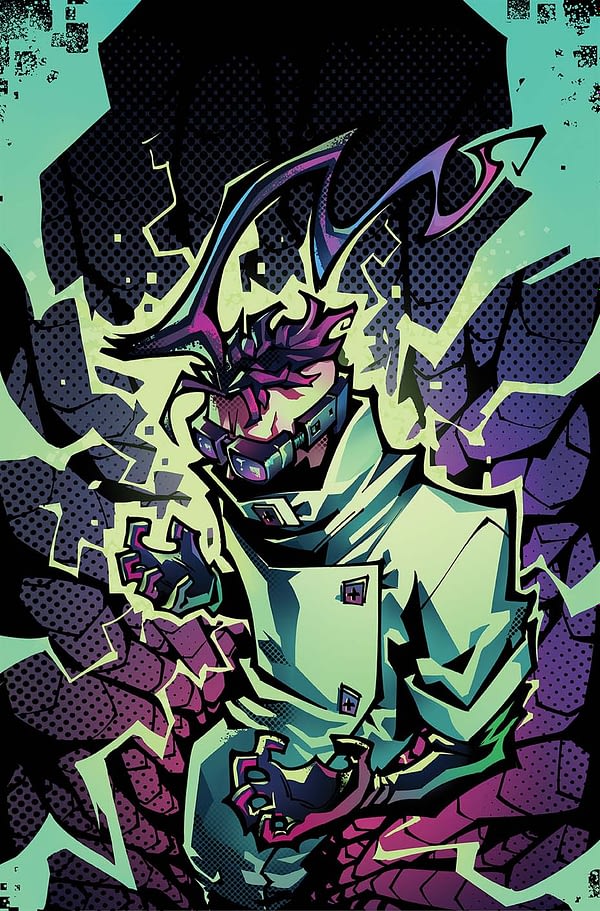 Relive the epic war of DarkPoop in this collection of issues 29 and 30 from the Oni Press comic series Invader ZIM! After Dib spills Gaz’s limited edition DarkPoop Cola, he’s forced to find her a replacement. But every convenience store is sold out, and Dib gets involved in the gaseous world of Poopromancers, sworn enemies of the evil and terrifying Poopthulu. To defeat him, they’ll need the DarkPoop as well! (We say Poop a lot in this comic.)

Titan Comics
Doctor Who: The Thirteenth Doctor: Holiday Special LCSD Edition No. 1
(W) Jody Houser (A) Roberta Ingranata, Enrica Eren Angiolini
This year we’re bringing the fans a Doctor Who Christmas Special… in comic form! Can the Doctor save Christmas? Is Santa a myth, a man, or a Time Lord? Are chimneys bigger on the inside?! Two-part festive fun from Jody Houser (Stranger Things, Spider-Man: Renew Your Vows). This is part one of two of a connected cover released as part of Local Comic Shop Day.

Doctor Who: The Thirteenth Doctor: Holiday Special LCSD Edition No. 2
(W) Jody Houser (A) Roberta Ingranata, Enrica Eren Angiolini
This year we’re bringing the fans a Doctor Who Christmas Special… in comic form! Can the Doctor save Christmas? Is Santa a myth, a man or a Time Lord? Are chimneys bigger on the inside?! Two-part festive fun from Jody Houser (Stranger Things, Spider-Man: Renew Your Vows). This is part two of two of a connected cover released as part of Local Comic Shop Day. 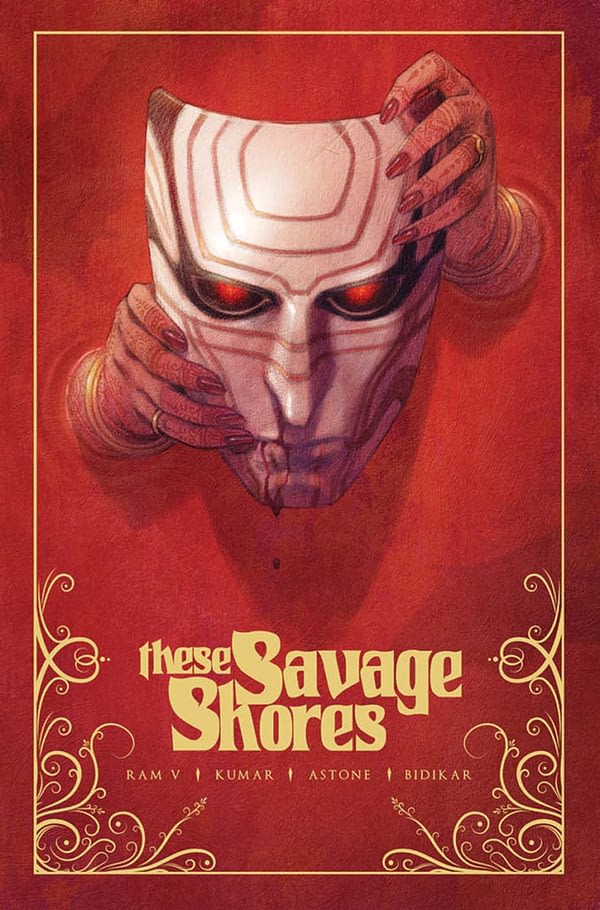 Two centuries after the first European ship sailed to the Malabar Coast and made landfall at Calicut, The East India Company seeks to secure its future along the lucrative Silk Route, in the year 1766. An old evil now sails aboard a company ship, hoping to make a home in this new found land. But he will soon find that the ground along the Indus is an ancient one with daemons and legends far older than himself.

Along These Savage Shores, where the days are scorched and the nights are full of teeth.

The post All The Items Offered Today on Local Comic Shop Day 2019 appeared first on Bleeding Cool News And Rumors.