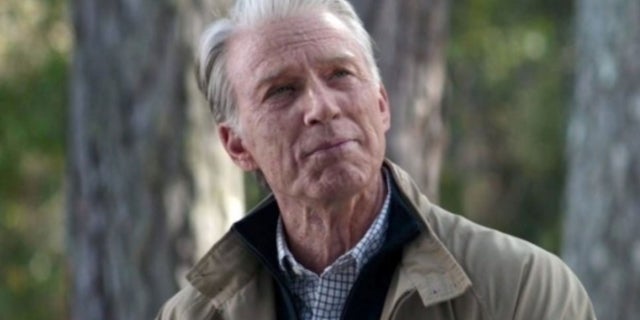 Guy Fieri is the Mayor of Flavortown and the Master of Memes. Thanks to one hilarious new Avengers: Endgame meme, it also appears he’s a traveler of timelines. Known for using Twitter as his personal meme stash, the celebrity chef and his team devised a new bit riffing on Captain America’s (Chris Evans) final moments in Avengers: Endgame.

The caption of the photo reads, “Guy will you please stop making memes?” and the picture places Fieri in the spot of the old version of Steve Rogers and utters the now-iconic line, “No, I don’t think I will.” The latest in a line of memes centered on pop culture, Fieri’s latest meme can be seen below.

Previous memes from Fieri and his social media team include this Baby Yoda crossover that’s a thing of beauty and the time the chef pitched Epic Games on a Fieri’s Flavortown skin.

Shortly after Rogers says the line in Endgame, he hands his iconic red, white, and blue shield to Sam Wilson/Falcon (Anthony Mackie), a plot point that’s set to play a major role in the upcoming The Falcon and The Winter Soldier Disney+ series from Marvel Studios. Series star Sebastian Stan says the series is bound to be “kind of crazy.”

“It’s going to be so cool and kind of crazy. All I can say is it’s just new and different from what you’ve seen so far,” Stan said at a convention appearance last year. “I mean, it will be totally in line with everything that has happened and what we’ve seen and so on, but these characters are getting such additional mileage in terms of learning about who they are now, what they feel, what they’re thinking, and there’s a lot of action, comedy, you know there’s going to be comedy. I feel like you’re going to be happy. I think you’re going to be very happy. And there’s some crazy stuff, like stuff you don’t see coming from anywhere.”

READ  A constellation of skill and talent Check out the Astra Outfit in the Item Shop now!pic.twitter.com/uKMPejYnQh

Cuphead On Switch Is Discounted To Celebrate His New Super Smash Bros. Costume