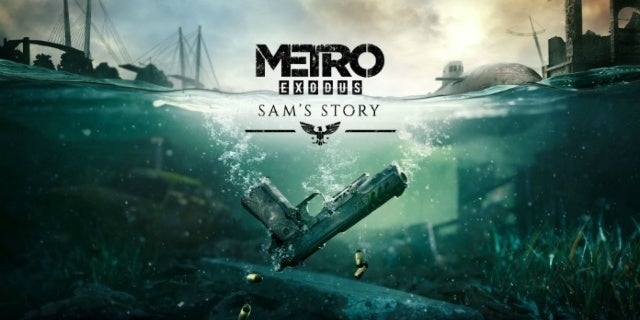 Metro Exodus has revealed that the next piece of downloadable content (DLC) for the popular single-player video game, Sam’s Story, will officially release on February 11th. In addition to the release date, developer 4A Games and publisher Deep Silver have also shared new details on the upcoming DLC, which follows a different character than traditional protagonist Artyom.

More specifically, the “sandbox-survival” expansion follows — as the name implies — former United States Marine Sam, a Spartan Ranger, in his attempt to return home. The DLC will feature new characters, weapons, and mutants in what’s describes as an “expansive” level.

In other words, expect more of what Metro Exodus fans have come to know and love about the franchise, but with a slight twist. It also seems like the survival element might be played up even more here, and it’s likely this isn’t the final set of details we get about the upcoming DLC. If it’s anything like Metro Exodus‘ previous DLC offering, The Two Colonels, there will be at least a launch trailer which shares even more.

Here’s how 4A Games and Deep Silver describe the plot of the Sam’s Story DLC over on the game’s official website:

“Sam has long dreamed of returning to his homeland, and maybe finding his family alive. The prospect seemed impossible in the darkened tunnels of the Metro, but when the Spartans discovered that Moscow was not the only city left alive after the war, holding out hope didn’t feel so foolish anymore.

“Sam makes his way away from the Aurora in search of a way back to the USA, arriving at the remains of Vladivostok’s tsunami ravaged harbours, ruined industrial buildings, and crumbling residential districts. To complete his journey, Sam will discover that he needs every tactic he has learned so far to survive, as his surroundings prove to be far trickier than expected.”

What do you think of what you’ve seen of the Sam’s Story DLC so far? Are you excited for even more Metro Exodus? Let us know in the comments, or hit me up directly on Twitter at @rollinbishop to talk all things gaming!

Metro Exodus is currently available for PlayStation 4, Xbox One, PC via the Epic Games Store, and Google Stadia. The upcoming Sam’s Story DLC is set to launch on February 11th. The DLC is included in the Metro Exodus Expansion Pass alongside the previous DLC, The Two Colonels. You can check out all of our previous coverage of the title right here.

Prepare for the Super Bowl with some new Fortnite football skins