A list of E3 exhibitors leaked this morning, confirming that multiple major game companies are attending the event, including Activision, Bethesda, Epic Games, Take-Two, and Ubisoft. But Geoff Keighley, the host of E3 Coliseum, a series of panel interviews and presentations that’s been running since 2017, says he’s dropping out.

Keighley has been attending and covering E3 for the past 25 years. He is also the organizer and presenter of The Game Awards, which take place every December. He issued a statement today:

For the past 25 years, I have attended every Electronic Entertainment Expo. Covering, hosting, and sharing E3 has been a highlight of my year, not to mention a defining part of my career. I’ve debated what to say about E3 2020. While I want to support the developers who will showcase their work, I also need to be open and honest with you, the fans, about precisely what to expect from me. I have made the difficult decision to decline to produce E3 Coliseum. For the first time in 25 years, I will not be participating in E3.

Keighley told Polygon in an email he “wanted to let [people] know what to expect (or not) before [the ESA] start selling tickets” for the event. Although traditionally a trade-only event, E3 is increasingly selling tickets to the public. In a Twitter thread, Keighley said was asked if he would be covering the show in any way. He said he is “still figuring out plans with YouTube for this year.” He added: “I just don’t really feel comfortable participating given what I know about the show as of today.”

He also told GamesIndustry.biz, “I think E3 needs to be more digital, global and inclusive in its approach to connecting gamers and celebrating the industry. It’s not really about who buys a booth on the show floor. Anyone who participated in [digital event] The Game Festival on Steam around The Game Awards probably has a pretty good sense of my vision for how we bring the world together around games.”

E3 is suffering from some major absences this year. Sony declined to exhibit at the show for the second year in a row. Publishers like Electronic Arts have made alternative arrangements for the past few years.

Xbox chief Phil Spencer recently confirmed via Twitter that Microsoft will be there, but the company does not appear on the current list of exhibitors. E3 show organizer the Entertainment Software Association, recently stated that it would be “shaking things up” this year.

The E3 show website is due to go live tomorrow. Public tickets for the show previously cost about $250 for a three-day pass. The event runs from June 9 through June 11. We’ve contacted the ESA for a statement on Keighley and on the leaked list (posted below). 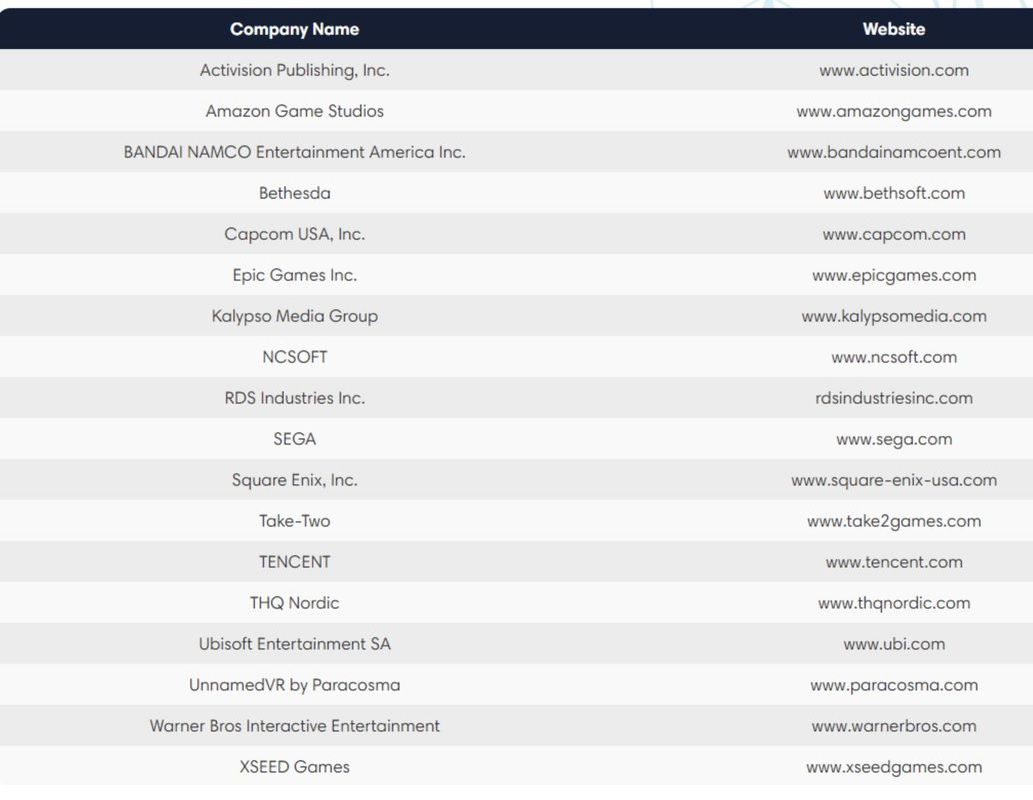 Here’s everything we know about Call of Duty: Warzone, the potential new battle royale mode