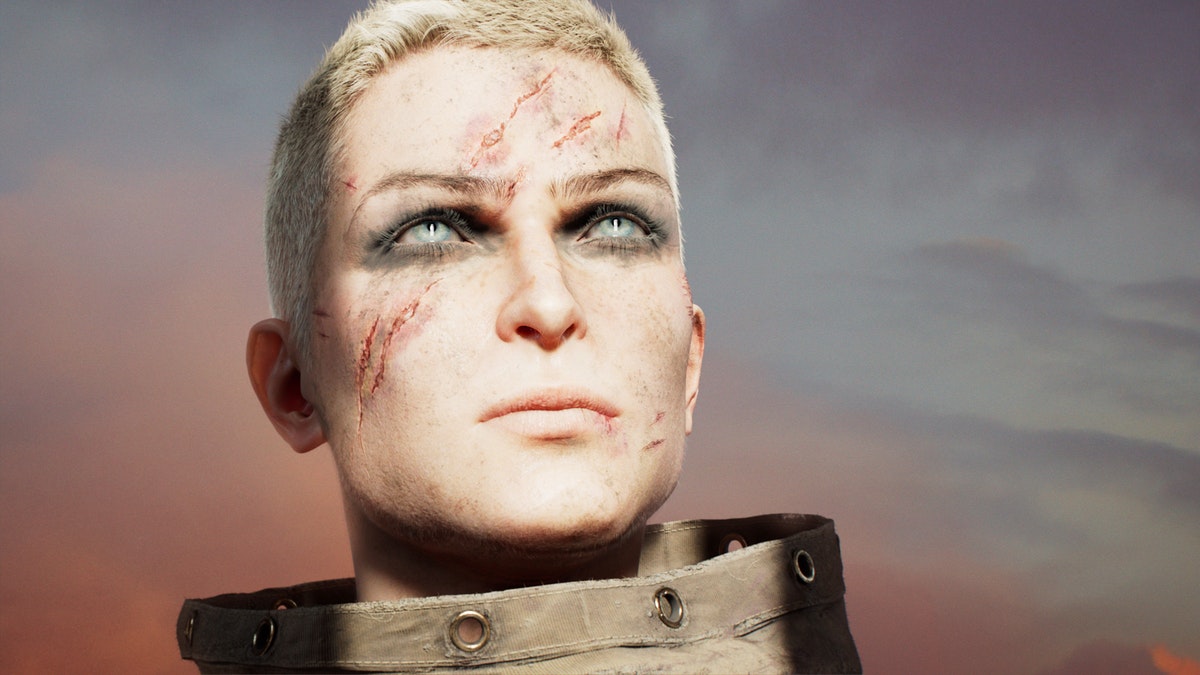 After teasing it for the last eight months, Bulletstorm and Gears of War: Judgment developer People Can Fly and publisher Square Enix finally pulled back the curtain on their sci-fi shooter Outriders Thursday with an official reveal livestream. If it follows through on the exciting sci-fi action, then we might finally have a legitimate Destiny Killer on our hands.

People Can Fly’s Thursday livestream featured the game’s director and lead writer as they delved into the game’s universe and showed off actual gameplay for the first time. The protagonist, a customizable hero, is put into a coma towards the start of the game and re-emerges with special powers in one of three classes, so the setup already greatly resembles games like Mass Effect: Andromeda, Destiny, and Anthem. They also highlighted Outriders‘ unique blend of shooting and magic mechanics while teasing a darker tone than most of its competition.

Everything looks great, but definitely evoked titles I’ve played before, especially Destiny, despite some key differences.

Virtually every sci-fi shooter with online functionality has been compared to Bungie’s Destiny franchise, which began with the release of the first Destiny in September 2014. The common question for games like The Division, Borderlands 3, or even Anthem is whether or not it might become the “Destiny Killer.” Will the hardcore gamers who devote their free time to a single sci-fi shooter ever pivot to something other than Destiny?

Based on the new information and videos released about Outriders this week, there are enough similarities to Bungie’s popular MMO series to make Outriders a real contender as a legitimate Destiny Killer, which is made even more interesting by the fact that Destiny 2’s inevitable next expansion will be released this fall shortly before Outriders‘ launch.

READ  Teasers for Fortnite Chapter 2, season 2 appear around the globe

So just how similar are Outriders and Destiny?

They’re both cooperative multiplayer games that have players explore a variety of hub areas with allies, and while there, they complete quests and find loot, shooting a bunch of monsters along the way. A bunch of cool weapons and armor of varying rarities exist, allowing players to show off their unique builds to their friends. Similar to Destiny and Anthem, Outriders features classes with special powers. The Pyromancer is good for area-of-effect damage while the Devastator is a hard-hitting tank and the Trickster can bend time and space to sneak up on enemies.

Outriders falls into the welcome trappings of most looter-shooters, so it should continuously provide new and interesting loot to gain and areas to explore. The reveal livestream also suggested Outriders will be structured around a variety of hub areas with different avenues to explore, which is also somewhat similar to how Destiny and its sequel are structured with a single centralized hub and a handful of planets to visit.

Director Bartosz Kmita acknowledged Outriders‘ similarities to other games like Destiny during the gameplay reveal livesteam when talking about color-coding for rarity, something that even the likes of Fortnite: Battle Royale does.

“For the elements that are working good, we don’t want to change them so that people will be not lost in the beginning of the game,” he said. Aping successful games is something that virtually every big game has done, and Outriders is able to stand out in a few key ways that still keeps things fresh.

How is Outriders different from Destiny?

Destiny is a first-person shooter with a select few third-person mechanics while Outriders is entirely a third-person shooter, which makes it resemble games like Anthem or Gears of War even more. The games also have fairly different tones.

The Destiny series takes place Earth and familiar planets in our solar system. Players assume the role of a Guardian empowered by magical Light they use to fight off aliens. Conversely, Earth is gone in Outriders, so the game thrusts players onto a deadly new planet called Enoch. Humanity’s attempts to colonize the planet have been thwarted by devastating events called “anomalies,” which can also grant powers to some of those caught in the energy. Outriders’ weapons already look far more realistic and gritty than Destiny’s, though they will seemingly get more fantastical as Outriders goes on.

These seem like somewhat surface-level differences so far, but Outriders really differs from Destiny in two key ways: Outriders does not feature PvP, and the developers don’t see it as a “games-as-a-service” title. That makes it feel like a curious middle-point between games like Anthem and games like Gears of War that’ll retain co-op options.

In an interview with GameCrate, Kmita cited balance issues as one of the main reasons competitive multiplayer wasn’t considered for the game.

“No, there will not be any PvP in the game,” he said. “Honestly it’s already super-hard to balance this game in PVE. We want to give this experience first.”

The entire game will be centered around three-player co-op. Each class will play off the others in interesting ways. If you’re looking for the next Call of Duty to sink your teeth into, Outriders won’t be that, but it is going down a route that games like Remnant: From the Ashes have found success in.

The biggest difference between Destiny and Outriders is that People Can Fly does not see it as a live, games-as-a-service title where new content gets repeatedly added to keep players interested as they spend money on DLC and different microtransactions. While this may raise some concerns in regards to what the endgame will look like, Kmita confirmed that People Can Fly never planned to go down that route with Outriders.

“Yeah, from day one we basically wanted to make the game for ourselves and we’re not talking against games-as-service services overall, but we just we wanted to give a complete story,” he told GameCrate. “From A to B it’s a finished story. Early on we knew it wouldn’t work as a games-as-service.”

As such, the developers can focus on polishing the content throughout its main story and prevent it from getting repetitive. I tend to fall off games-as-a-service titles like Destiny for this very reason, so Outriders seems like the kind of multiplayer game that myself, and many fans, will enjoy.

Outriders will be released in late 2020.

Personal Finance Daily: The cheapest time to visit Disneyland and Disney World and Americans lost $201 million in 2019 to dating fraud