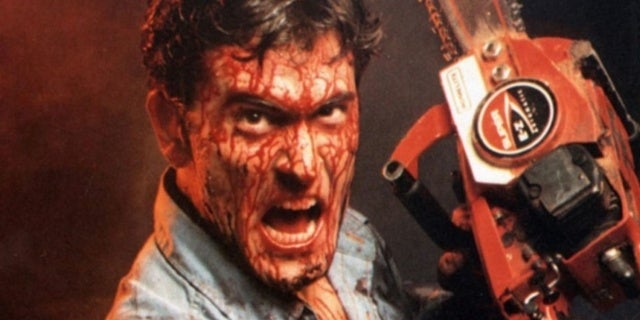 While the Evil Dead franchise has seen new adventures in the world of TV and comics books, fans have been waiting since the 2013 reboot to get a new adventure on the big screen, with star and producer Bruce Campbell recently teasing that the next film could begin production by the end of the year. The fact that we’re getting a new film at all isn’t an unexpected revelation, but with how few details we have about the upcoming project, learning that the film could shoot later this year builds excitement that news of the movie’s filmmaking team could be revealed in the near future.

“We’re producing more Evil Dead movies. Maybe one later this year,” Campbell shared this past weekend at Fan Expo Vancouver [H/T 1428 Elm]. “Sam Raimi’s handpicked the next guy to make another creepy Evil Dead film. It just won’t have Ash. There are more stories to tell.”

In addition to this tease of a possible production start, these comments also confirm that the new film won’t have Campbell’s Ash, even though the actor himself has promoted the notion of a new actor taking on the role.

The original film debuted in 1981 and earned two sequels, with all films in the original trilogy starring Campbell and directed by Sam Raimi. In 2013, director Fede Alvarez revived the core concept of a group of friends in a cabin who discover the Necronomicon and the living nightmare that they endure, with Raimi and Campbell serving as producers. While some fans appreciated the new take on the concept, the lack of Campbell or the character of Ash entirely made for a disappointing experience for some audiences, with that film failing to get a sequel.

Raimi and Campbell reunited for the TV series Ash vs. Evil Dead, which continued the character’s journey for three seasons, resulting in Campbell officially retiring from the role. Last fall, the actor revealed that Raimi had found a new filmmaker to develop the upcoming entry into the franchise.

“It’s okay to pass it along to another idiot to try and stop evil from destroying the world,” Campbell shared at the Rock and Shock convention about the role of Ash. “One idiot tried ⁠— he did pretty good. It’s time to let other innocent people with no skills try to save the world. And there’s more stories to tell.”

He added, “So we think we have a cool premise. We have a new filmmaker that Sam Raimi has hand-chosen. So he’s very involved in it. Will be involved in the story. And we’ll try and make sure the actors don’t completely suck. And then we’re gonna make another one, yeah. There’s lots of stories…creepy books…lots of people to torment.”

Stay tuned for details on the Evil Dead franchise.

Are you excited to see a new entry in the series? Let us know in the comments below or contact Patrick Cavanaugh directly on Twitter to talk all things Star Wars and horror!

Lack Of Shooters On Switch Could Benefit Warface, Dev Says