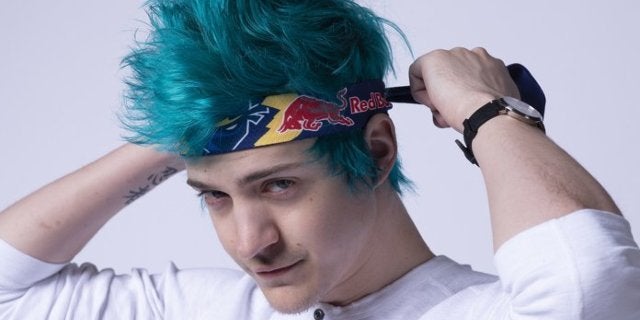 Tyler “Ninja” Blevins is one of the biggest gaming personalities to ever walk the earth. Alongside the meteoric rise of Fortnite, the Detroit-born streamer has shot to the top of gaming and streaming world over the past couple of years. Along the way, he traded Twitch for Mixer as part of a big money deal with Microsoft, streamed Fortnite with Drake, and even did a collaboration with Adidas. He’s been everywhere, and his sphere of influence has grown way beyond games. That said, along the way, he’s also found himself in a few mild controversies and the subject of criticism for his takes on stream and social media.

Taking to Twitter, the popular streamer provided another example of the latter, noting that the saying “it’s just a game” is a “weak mindset.” According to Blevins, once you stop getting angry for losing, you’ve lost twice. In other words, you should never settle and ignore the opportunity to learn something.

The phrase “it’s just a game” is such a weak mindset. You are ok with what happened, losing, imperfection of a craft. When you stop getting angry after losing, you’ve lost twice.

There’s always something to learn, and always room for improvement, never settle.

i think people don’t understand that everyone thinks differently & people that are passionate about what they do are obviously going to get emotional. people never understand when i tell them that, but im glad you just put it into words for me. i needed this so thank u

This is a disappointing stance to have, particularly from someone with an audience who will take this as ‘its ok to smash my keyboard/scream at my loved ones/punch a hole in the wall just because I lost a game’.

Channel that energy into something constructive, not destructive.

Go outside and see if you lost something worth getting angry for.

I disagree completely, you don’t have to be a sore / salty loser and get all toxic to learn from a loss.

I feel strongly losing helps you get better, especially in competitive games. Anyone doing anything competitive should find value in a loss, but don’t need anger to benefit.

Judging by the reaction to the tweet, Ninja appears to be in the minority on this one, but this isn’t the first time the streamer has suggested this. In fact, in the past he suggested that anyone who has ever used the excuse is a horrible human being and lazy.

As always, feel free to leave a comment letting us know what you think. Do you agree with Ninja on this?