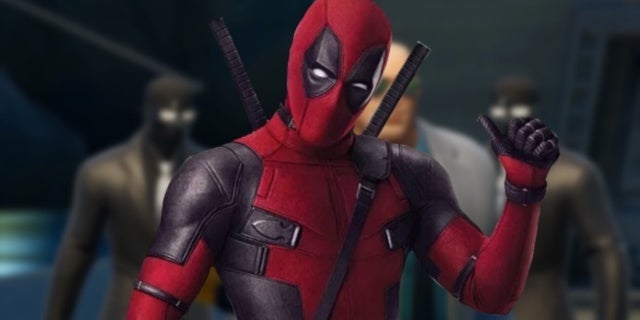 Deadpool infiltrated Fortnite as part of Chapter 2 Season 2 and brought a couple of challenges with him. While players can’t unlock the Marvel hero’s skin just yet, they can get a head start on those challenges now so that they’ll eventually be able to add the skin to their collections whenever all the challenges are completed. Those challenges come with their own rewards in addition to the eventual Deadpool cosmetic, and the first two challenges that are live now shouldn’t take players any time at all to complete.

The first Deadpool challenge tasks players with finding the character’s letter to Epic Games. To find this letter, you’ll need to first enter Deadpool’s hideout by going to the “Battle Pass” section of the main menu and selecting the vent that has a Deadpool symbol above it. Once you’re in there, select the computer to see the challenge.

That challenge tasks players with finding the letter, and as you may have already noticed by looking through Deadpool’s room, the letter is laying on the floor just beneath the urinal. Pick it up and you’ll have one challenge completed. It should look like the image below when you find it.

I can’t be the only one so excited about the Fortnite x deadpool crossover 😁#FortniteChapter2Season2 #fortnite pic.twitter.com/0F7DAKfmKT

Once you’ve got that challenge completed, you’ll be able to start the second one. This one’s even easier than the first, but it does require you to actually play a match unlike the first challenge. The challenge says “Don’t thank the bus driver,” and completing it is as simple as playing a game and dropping from the Battle Bus without thanking the driver for their services. It’s a rude thing to do, but it fits well with the Deadpool theme.

Completing both of those will bring you one step closer to earning the Deadpool skin, but you’ll also get something from the character right now to hold you over. The Deadpool banner shown below will be unlocked for players to use immediately.

Expect to see more Deadpool challenges in the coming weeks along with our guides on how to complete them.

How to Get the Deadpool Fortnite Skin