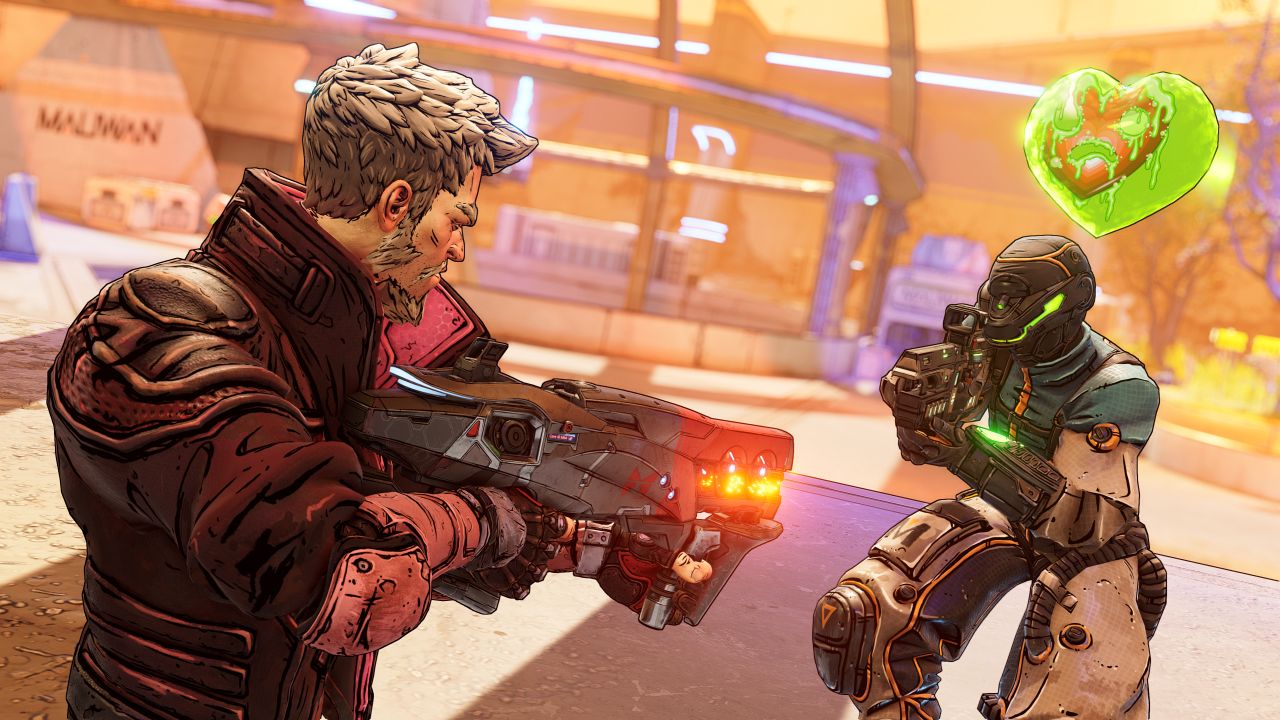 Gearbox has announced the second campaign add-on coming to Borderlands 3 on March 26.

Guns, Love, and Tentacles: The Marriage of Wainwright & Hammerlock is described as a Lovecraft-influence add-on for the Borderlands 3 campaign, which will see you team up with old and new pals in a fight against eldritch horror. The DLC includes new Legendary gear, class mods, and cosmetics for characters and vehicles too.

“Sir Alistair Hammerlock and Wainwright Jakobs are finally tying the knot, and they want you to come celebrate their upcoming nuptials on the ice planet of Xylourgos,” reads the DLC synopsis. “Its frozen wastes have thinned out all but the most vicious wildlife, and the eerie town of Cursehaven – where you’ve all agreed to meet – is located beneath the colossal carcass of a fallen Vault Monster.

“As if this ice world’s biting cold and vicious wildlife weren’t unwelcoming enough, a band of creepy occultists who worship the Vault Monster’s carcass are hellbent on breaking up the betrothed partners. You’ll have to fight back the forces of otherworldly evil if Wainwright and Hammerlock are to have their happily ever after. Luckily, the most badass wedding planner in the galaxy has your back: Gaige, a fugitive Vault Hunter (and returning fan-favorite character) who’s inseparable from her robot BFF Deathtrap.”

Gearbox has also unveiled today free updates coming to Borderlands 3, including Mayhem Mode 2.0 – an overhaul of the game’s end-game – and the seasonal event Revenge of the Cartels, both of which are planned to arrive this April.

Guns, Love, and Tentacles is included in the Borderlands 3 Season Pass and the Super Deluxe Edition. Check out its official reveal trailer below.

Borderlands 3 is coming to Steam on March 13, and it&#039;ll let you play with Epic folks