Call of Duty: Warzone is finally here and we have a number of essential tips to get your started.

Call of Duty: Warzone’s battle royale mode is not a strictly battle royale game mode. Though elements like dropping out of a plane at the start, scavenging for weapons, and an ever encroaching circle of death remain, Warzone battle royale introduces its own twist on several BR staples.

This becomes very clear as soon as you get your hands on it, but not everything is straightforward. To make it simple, we’ve rounded up a few solid beginner and advanced tips to smooth off the edges and up your odds of success early on.

Before we get on, a few things worth clarifying. Warzone is entirely free-to-play, and supports cross-platform play across PC, PS4 and Xbox One. While you do need Xbox Live Gold to play it on Xbox One, you won’t need PlayStation Plus on PS4. For PC, you just need a free Battlenet account.

Owners of the full Modern Warfare game can access it directly from the menu, but also have other benefits such as carrying over their unlocked skins, operators, levelling up the Battle Pass and so on.

If you’re new to battle royale entirely (is that even possible?) or you’re transitioning from Apex Legends, Blackout, Fortnite or PUBG, the tips below will help you focus more on the action and worry less about Warzone’s quirks.

Warzone simplifies the process of hunting for healing items typical in battle royale games, by removing it entirely. Just like in traditional Modern Warfare multiplayer, your health will automatically regen up to the max as long as you stay out of combat for a few seconds.

You won’t be able to regenerate inside the gas ring, but all other situations are fair game. Keep in mind that you can only regen main HP (white bar), not your armour.

You can find a Stim Shot as a loot item, which sits in your the tactical slot. Stim Shots allow you to fully heal instantly by using them, but that’s the closest thing we have to a medkit in Warzone.

Dropping out of a plane at the start of the match is an all too familiar exercise for battle royale players, and this grand tradition is intact in Warzone. The mode’s particular parachuting mechanics, however, need a little getting used to.

Like PUBG, you can pull your chute early to maximise travel distance, but did you know that you can also cut the chute anytime? Cutting your chute will give you a small speed boost as it starts sending you down, which you’ll learn to rely on to beat the other team.

You can also cut and redeploy the chute as many times as you want in your journey down. By mixing cutting and redeploying, you can reach farther points faster than just gliding all the way there.

The even bigger news is that you can quickly deploy your parachute when jumping off tall buildings anytime in the match, helpful for making a quick exit. Be careful, though, you’re defenceless as you glide down.

Pick up all the ammo

Unlike PUBG and Apex Legends, you don’t really have an inventory in Warzone. This makes sense, because you don’t have to scavenge for anywhere near as many items here compared to those games, but it also has an added benefit.

That being dedicated space for all ammo. There’s obviously a limit to how much ammo you can carry per type, but you can safely pick up any ammo you come across until you’re full up. Maybe you’ll never actually loot a rocket launcher or a sniper rifle, but it helps to have some ammo for those weapons anyway, in case you ever need it.

Ammo in Warzone is split into five types. Assault rifle and LMG, sniper and marksman rifles, SMG and pistol, shotgun, and a final ammo type for rocket launchers.

You won’t have to worry about calibre or anything like that here. So hoover up all the ammo you come across, you never know. 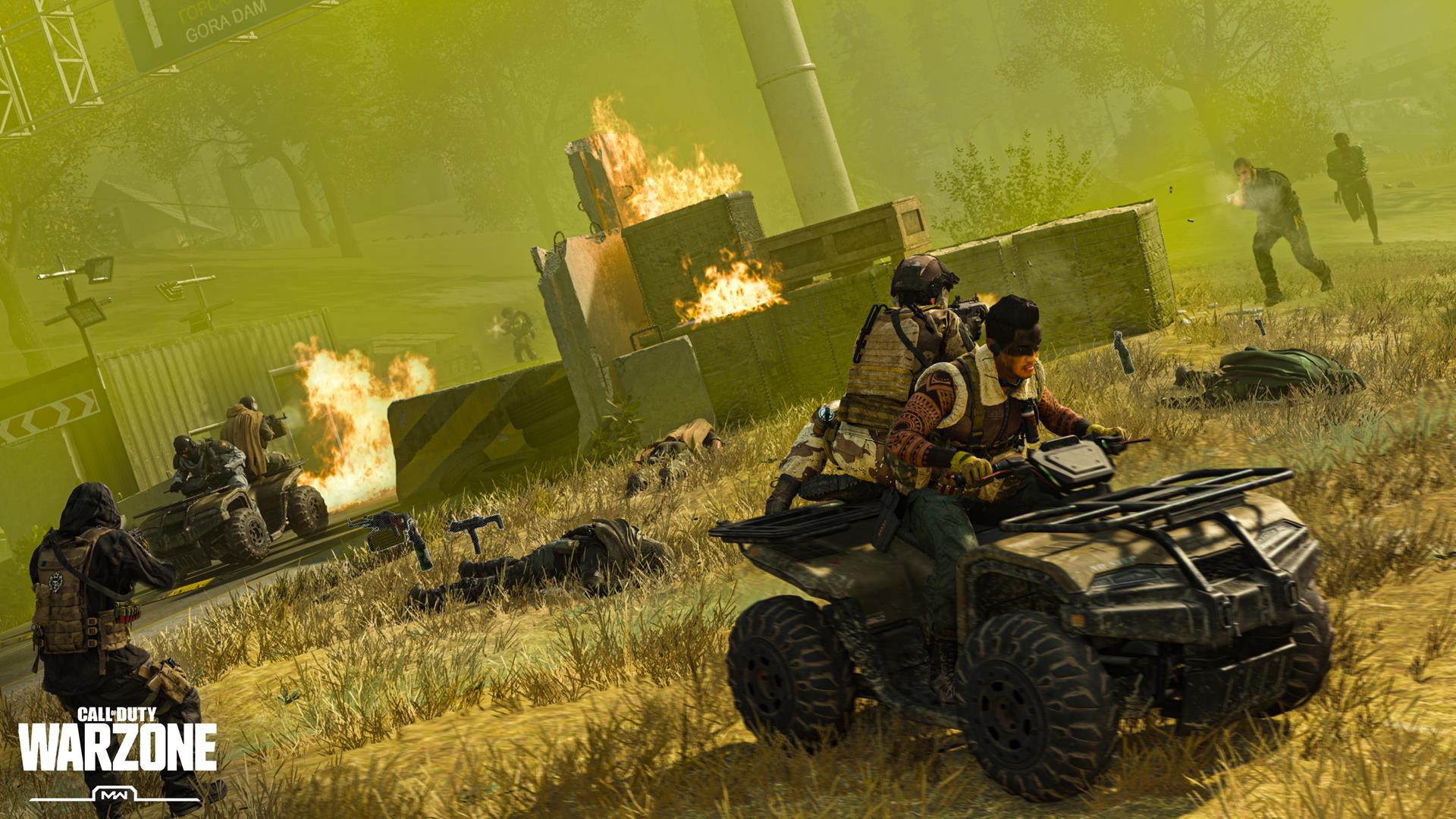 Use the ping system

Anyone who played Apex Legends knows how invaluable the ping feature can be. Warzone borrows almost all of these benefits with its own ping system.

With the hit of a button, you can designate a spot on the map for your teammates, highlight a specific item for them to loot and even mark exactly where you just spotted a target. It’s very helpful, and especially so in Warzone because of its cross-platform support, seeing as you may not always be able to type or use voice chat.

Sadly, it doesn’t quite have the depth of Apex Legends’ system. For instance, you can’t tell your teammates that the area you’re approaching has been looted. The good news is that all commands are voiced in Warzone, so make a habit of using them.

Warzone does away with traditional weapon loot mechanics seen in PUBG and Apex Legends, and instead uses a form of Fortnite’s more arcady, easier-to-understand system

As you explore the world, you’ll find different rarities (common, uncommon, rare, etc) of the same weapon. If you look closely, each rarity is marked by little diamond shapes next to the weapon name. The lowest rarity possible is a naked gun with no attachments, whereas the highest has all five attachments slots filled.

Technically, all M4s should do the same amount of damage, because the different rarities are not actually an indicator of power. However, depending on the attachments installed, this may not always be true.

READ  You've been pulled into The Sideways.Preferred way to "take care" of a Caretaker? https://t.co/2PJmQi3w2N

For example, some of the barrel attachments, such as extended barrels and certain types of suppressors, extend or reduce damage at range. Because of this, you may find higher-rarity weapons more/less effective at range, so keep that in mind when you’re looting. You can’t change individual attachments, so you may be stuck with a sight you don’t like and so on.

As a final note, player loadouts (Drop Kits) always have a red icon next to the weapon, which means they’re usually the most optimised. This also applies to the pistol everyone spawns with, but that obviously isn’t decked out.

In Warzone, all players spawn in with two segments of armour at the start and any time they respawn afterwards. Each armour segment is equivalent to 50HP, which means you essentially have 200HP to start.

Armour plates can be found randomly around the map, and sometimes drop when killing enemy players. You can carry up to five spare at a time, which you can then reapply to your vest for a full armour bar.

It’s always a good idea to carry around spare plates, but you should pay attention to how you use them. One armour plate will always repair a full segment in your armour bar. Say you have one-and-a-half segments left, applying an armour plate will boost you up to two-and-a-half. The only exception to this is when you have less than a full segment left to repair, as you obviously won’t get an over-shield – just repaired enough to fill up the entire bar.

This is why it’s a good idea to use reserve plates whenever you can, since you won’t be wasting any of them. 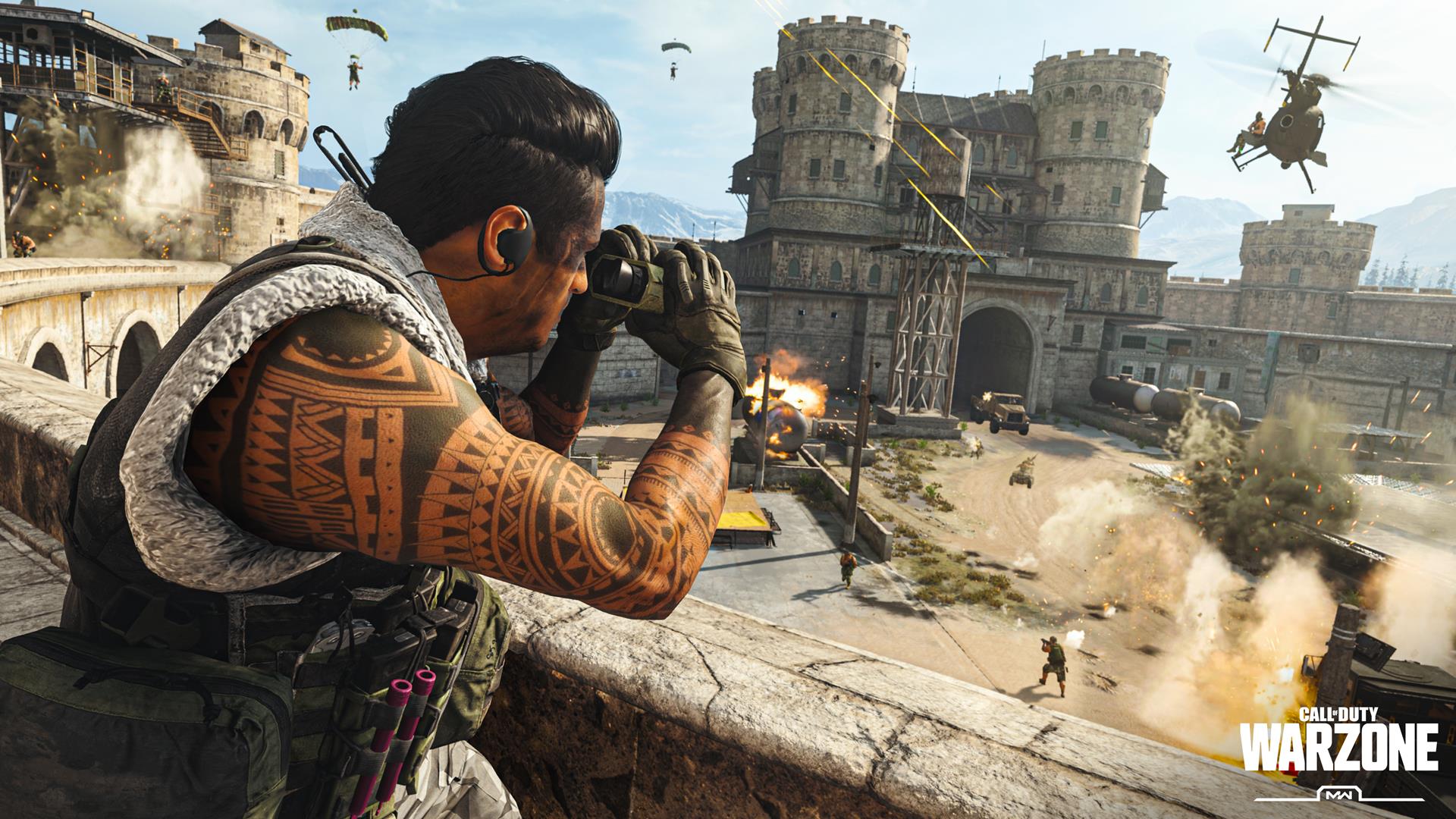 In Warzone, practically everything you do earns you cash (Plunder). You also find it laying around everywhere, so always pick it up. Killing players, for example, awards you cash, not to mention drops all the cash they had on them.

You can also earn even more cash by pursuing Contracts. Those are brief challenges you can pick up to activate that give you an objective to peruse. There are three of these right now: Bounty, Recon and Scavenger. The more Contracts you complete, the higher your cash flow will be.

Cash is essential in calling in killstreaks, buying Drop Kits, or reviving your dead teammates. It’s always good to have more than you need, in this case, so don’t hesitate to pick up cash.

It’s also sometimes worth taking a risk for a bit of extra cash if you know exactly what you’re going to use it on.

Contracts track for the whole team

Following on from the previous tip; there are three types of Contracts you can pick up in Warzone: Bounty, Recon, Scavenger. Bounties task you with taking out a specific player, whose name will be specified in the UI on the left of your screen.

If you open map, you’ll even see small yellow circle indicating their general whereabouts, though obviously not their exact location.

Recon Contracts are basically mini-Domination zones you must capture to earn the reward. Finally, Scavenger Contracts task you with opening three crates that will all be designated on the map.

The good news is that all members of the squad can contribute to Contracts’ progress, and everyone gets the cash reward. So it’s always a good idea to have something to work towards when things get quiet.

How the Gulag works

Your first death in a Warzone match, so long as it’s early enough into it (~60 players left), will send you to the Gulag. There, you’ll be forced to fight another player who also died, in a one-round, 1v1 Gunfight match.

Both of you spawn opposite each other in the showers with identical loadouts, but your other dead teammates can also cheer you on from the stands, call out enemy movement and even throw rocks – though they won’t deal any damage.

The winner gets to spawn back in, though without any of the weapons or cash they acquired in the previous life. The loser, however, still has a chance to re-join the match if their teammates manage to bring them back by paying for a Squad Buyback at a Buy Station (Supply Station). 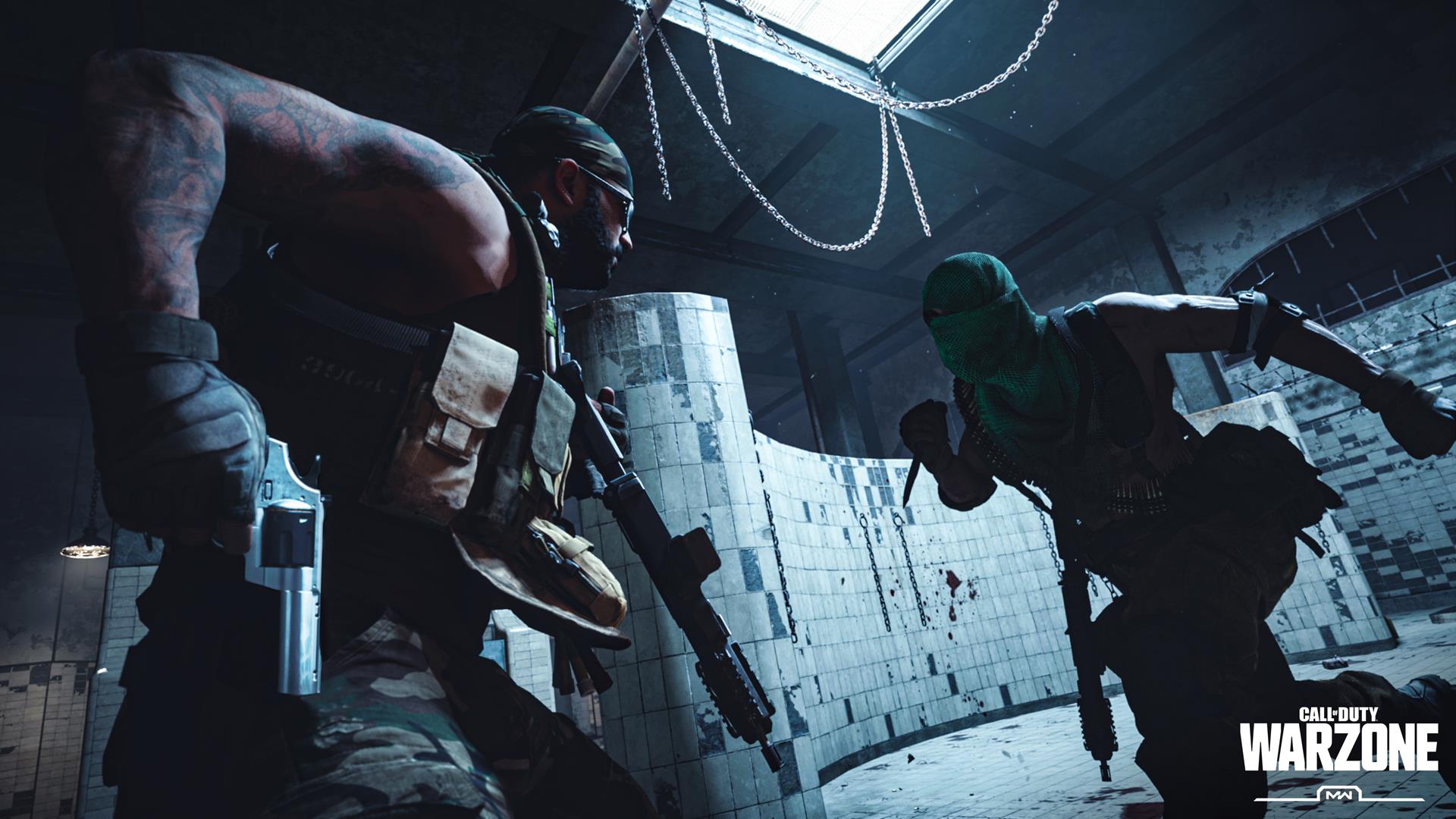 A Drop Kit is the only way to get perks

Modern Warfare multiplayer perks do factor into Warzone, but you won’t find any of them laying around. Instead, you can make use of your multiplayer perks, so long as they’re saved to a pre-made loadout.

Loadouts, of course, can be called upon using a Buy Station, or through air drops that come in occasionally. Either way, you’re guaranteed to get the specific weapon, attachment and perk setup you’re used to in multiplayer. It helps to spend a few minutes creating a few loadouts for Warzone for when you need to call them in.

This is, right now, the only way to get multiplayer perks in Warzone. Keep in mind, however, that not all perks work exactly like they do in multiplayer. Familiarise yourself with those differences while creating a loadout. Note the ‘Warzone Only’ line in perk description.

Free-to-play players will only have access to the default multiplayer loadouts until they rank up and unlock the different weapons available in multiplayer.