Critical Hit! From D&D to Pokémon, tracing the origins of the gaming phrase

Luck and video games have been one and the same since the dawn of gaming.

Even titles that developers spend countless hours balancing, like Fortnite and Overwatch, have levels of randomness that can quickly turn the tide in the favor of a losing player. But there’s one luck-based concept that every gamer is familiar with regardless of whether they’re a first-person shooter diehard or a role-playing-game enthusiast: critical hits, or crits.

The idea is simple. Sometimes, certain attacks randomly do much more damage than usual. RPGs do this by giving weapons, spells, or characters a “critical hit rate” that determines the odds of hitting a crit with each attack. Shooters give you the chance to one-shot kill opponents with a well placed headshot, which benefits precise players but can just as easily reward a lucky shot.

But outside of the world of consoles and PCs, the phrase has become a meme to describe receiving a social deathblow and is usually accompanied by a person holding their chest in pain. If you’ve ever tried to go on a date with someone you’re crushing on, only to be friend-zoned then you’re no stranger to critical damage.

The crushing feeling of being one-shotted in a game because of sheer luck is a near-perfect way to describe receiving detrimental emotional damage. Its popularity as a meme is due in part to the multi-generational popularity of Pokémon and the franchise’s unofficial catchphrase: “Critical hit! It’s super effective!”

But long before Nintendo’s Gameboy pocket monsters rocketed “crits” to stardom, the term, like many other video game concepts, was coined by devout tabletop gamers.

The origins of “Critical Hit” 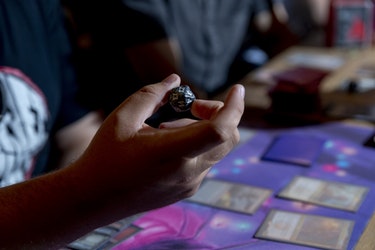 Modern RPGs, like World of Warcraft and the upcoming Final Fantasy 7 Remake, are all based on the doctrines and rules put forth by pen-and-paper games. Dungeons & Dragons laid the groundwork for generations of fantasy video games, but it was the slightly more obscure Empire of the Petal Throne that first implemented the concept of a critical hit.

It was one of the first tabletop role-playing games ever released in 1975 — alongside D&D in 1974. Its designer M.A.R. Barker unknowingly invented a fundamental game mechanic that would be used for decades to come. The idea was simple, but game-changing.

To simulate a lucky hit on a vital organ, players would roll a 20-sided die. If they landed a 20 their attack would deal double their normal damage and if that 20 was followed by a 19 or 20 it would count as a killing blow. A one-shot kill.

A professor at the University of Minnesota, Barker spent decades crafting the fictional universe Tékumel, which Empire of the Petal Throne was based on. His fantasy world never quite achieved the commercial success of D&D, but his notion of critical hits would become a pillar of game design. 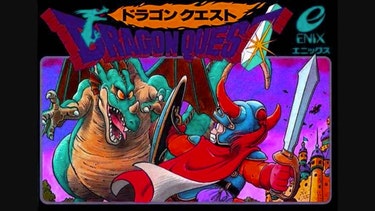 Tabletop games were almost instantly translated into unlicensed electronic game formats, but it would take a few more years for critical hits to go digital.

In 1975, two students at Southern Illinois University released dnd, clearly inspired by Dungeons & Dragons. dnd ran on the early computer system PLATO and is considered to be the first video game to include a boss fight and non-linear progression. But since critical hits weren’t introduced into D&D until 1995, the RPG didn’t have the luck-based killing blow either.

Instead, the earliest application of crits in a video game was the 1986 release of Dragon Quest — or Dragon Warrior in Japan — on the Nintendo Entertainment System (NES). These devastating attacks ignored any defensive stats and had their own sound effect, which was still present in Dragon Quest XI (2017).

Dragon Quest developer Chunsoft (now called Spike Chunsoft) established a fixed “critical hit rate,” which gave characters a 1.6 percent chance to deal massive damage. But the game also gave enemies the same crit rate, which could result in a player getting unlucky and taking a devastating blow as well.

From then onward titles like Final Fantasy (1987), Meridian 59 (1996), Pokémon Red & Green (1996), and a plethora of other single-player and multiplayer RPGs began putting their own twist on critical hits. Some games even let you build your character around improving their crit chances, like Rogues in the original World of Warcraft (2004).

Crits in other genres 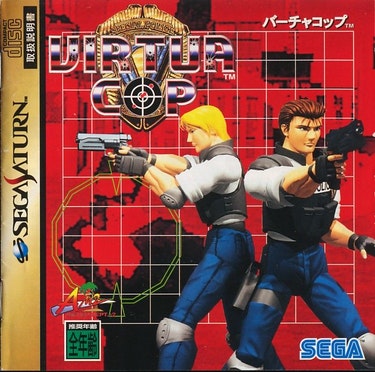 Around the same time critical hits were transforming RPGs, shooter game developers created their own style of crits: headshots. Only in this genre players had to rely on their accuracy and not the roll of virtual dice.

The first shooter game to ever reward gamers for nailing a target between the eyes was the 1994 SEGA arcade game, Virtua Cop. This concept was quickly adopted by SEGA’s competitors in titles like Time Crisis and House of the Dead. Two years later, Capcom released the iconic third-person shooter Resident Evil, which allowed players to one-shot many of its zombies if gamers nailed them in the head.

By then a Quake computer mod called Team Fortress already included locational damage, but it was GoldenEye 007 (1997) on the Nintendo 64 that coined headshots in the FPS genre. The game’s developer, Rare, even cited Virtua Cop as inspiration for the mechanic, which would go on to be included into literally every FPS game that followed.

The idea of dealing or being dealt fatal damage in either a lucky or precise shot in a game has transcended the RPG genre that started it all. Plus, the popularity of video games thanks to the internet has made the helpless feeling of being killed in one shot relatable no matter what kind of games you play.

Whether it’s being head-shotted from across the map in Call of Duty: Modern Warfare, being bursted down by an invisible Rogue in World of Warcraft, or getting absolutely roasted by your friends, we’re all familiar with critical damage one way or another.

COINED is your guide to the language of video games and the people who play them. If you’ve ever been told to “get rekt” and couldn’t tell if it was a compliment or an insult, we’re here to explain where terms like that came from, what they mean, and how to use them in everyday conversation.

In times of isolation, Fallout 3’s Three Dog has got your back