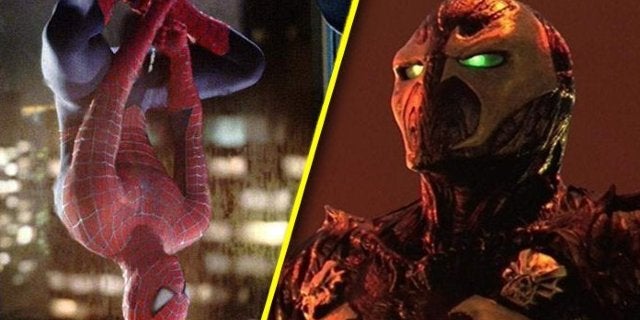 Spawn creator Todd McFarlane is completely open to a Spawn, Spider-Man, and Venom crossover if the opportunity is there. Comicbook.com asked about a meeting of the three characters and the Spawn creator was all too happy to comment. It wouldn’t seem too likely, but strange things happen all the time. Events that seemed almost impossible before could very well happen now, and the prospect would have Spawn fans overjoyed. It’s already been a huge day for people who love the property with McFarlane’s Kickstarter meeting its goal very shortly after being unveiled.

He began, “To me, I’m way more concerned about how it has any lasting effect, but, comma but, with where we stand today and not knowing what’s going to happen on the other side of normality and what that even looks like in terms of the comic book industry, then I’ve been sort of asking myself, are we going to need some event book or things on the other side, not just one or not just two, I think we’re going to need a steady drum of them…”

“Something as crazy as a Spawn-Spidey [Venom] be, I don’t know, maybe,” McFarlane added. “I never really had a compelling reason to it, but you know, if part of it is that it helps a little bit in the stability of our industry, then maybe I should go back to doing manual labor and do my part. We should all be good soldiers somewhere along the line. So, yeah. We’ll see where it all goes.”

The new 25th Anniversary Spawn action figures should be coming your way this year. McFarlane told Comicbook.com all about those developments as well.

“The first figure came out in ’95, so technically, we’re at a 25-year anniversary of the release of that original toy,” McFarlane said. “So, there’s a bit of an event, but that first year, the toys also came with a comic book. So, it was this weird combo that you don’t usually get. And so, I was going to experiment with crowdfunding anyway, just to see how it may work out because I’ve obviously, I’ve sold to small stores, big stores, and Internet sites.

“I’ve done it through my own, but I’ve never done a crowdfunding. And so, it’s an experiment. I don’t know how it will or will not work until I do it. So, at some point, I just said, ‘It’s time for us to do it.’ And now you combine it with what’s happening in the world in real-time and all the comic shops essentially going dark, so there’s no comic books. But it doesn’t mean that our geekiness goes away. We’re still fans, it’s just we don’t have access now to new books, and to something fun that reminds us that we’re geeks.”

Are you stoked about a possible Spidey/Venom/Spawn crossover? Let us know in the comments!

ComicBook Nation Podcast In this latest episode we breakdown the controversy surrounding the PS5, talk about some big movie and gaming release date changes, and preview how Wrestlemania 36 is continuing despite the Coronavirus Pandemic! Listen & Subscribe!

Having a great hare day Grab the new Stella Outfit in the Item Shop now!pic.twitter.com/FK7LdSgZEv