The Marvel Universe Was Almost Overrun By Symbiotes In Heat 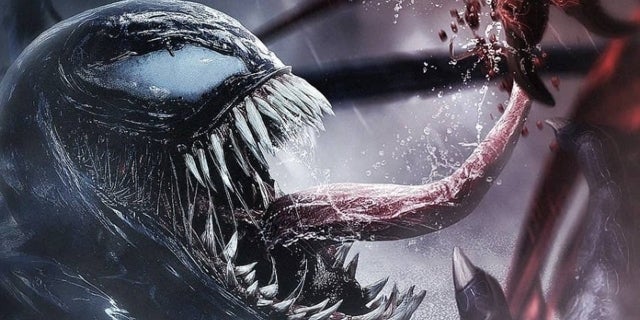 Many are using this time in self-quarantine to go through their files and old documents, and when you’re a writer like Rick Remender, that means you end up finding some cool story pitches and ideas along the way. Such is the case with Remender’s most recent find, which was a big event style storyline originally planned for 2011 called War of the Symbiotes. The story would’ve been focused on Spider-Man and Venom but would have included the rest of the Marvel Universe and the Avengers in a big way, and while it was ultimately shelved, Remender shared the document that held the pitch for it and some of the big details across the first few issues, which involves symbiotes in heat pretty much taking over the world, and it’s crazy.

As you can see below, this all starts with Toxin (who is Eddie Brock at this time) going into heat, and because of the spores that are unleashed from that, a mass procreation of symbiotes starts to take over the county. We see it contained to New York, but it quickly takes over many of the heroes trying to stop it and spreads much further.

Remender shared the document and an image of a symbiote Captain America with the caption “Digging back into the HD. Here’s a rough planning doc for my shelved 2011 War of the Symbiotes story for Venom/Spider-Man and some pitch art I mocked up.”

Digging back into the HD. Here’s a rough planning doc for my shelved 2011 War of the Symbiotes story for Venom/Spider-Man and some pitch art I mocked up. pic.twitter.com/if0I4GMHQ8

Here’s the description from the pitch.

READ  Fortnite season 8 is all about the cubes

“Symbiote spawning season beginning with Eddie Brock/Toxin going into heat and beginning a mass procreation bid. This is contained to New York and dealt with by Spider-Man, Venom, and eventually, our SYMBIOTE HUNTERS from outer space. Given we’ll have spent 7 months building Eddie as Toxin in Venom, it’ll pay out nicely when he’s the one who goes into heat and spreads the symbiote spores all over.

But the symbiotes mass procreation beings to spread at such a pace that it cannot be contained. Entire cities are overrun worldwide, creating new symbiotes warlords in each. Carnage becomes the King of a NY overrun by symbiote infections…

War is waged, the superhuman community rally together to try and combat the plague of symbiotes, but the symbiotes have spread at such a rate that heroes are being bonded to symbiotes as soon as they enter into battle. Much of the MU is overrun. Venom and a small band of remaining heroes have to save the world.”

In addition to the Symbiote Hunters, we also see Eddie Brock dying in a big heroic moment, as well as a stage to show hero vs hero, as either Cap or Black Widow were going to be infected, and the heroes would have to choose to either kill them or save them. Some heroes are trying to kill the “things” while others are trying to save them, and the government wants to nuke the whole city.

We did end up getting Absolute Carnage, which did its own take on the symbiotes taking over aspect, but much of the other parts are very different, and it’s cool to see what might have been.

What do you think of War of the Symbiotes? Let us know in the comments or hit me up on Twitter @MattAguilarCB for all things comics!

ComicBook Nation Podcast — In this latest episode we review the new MCU Release dates due to Coronavirus delays, and breakdown the bizarre events of WWE Wrestlemania 36! ! Listen & Subscribe!