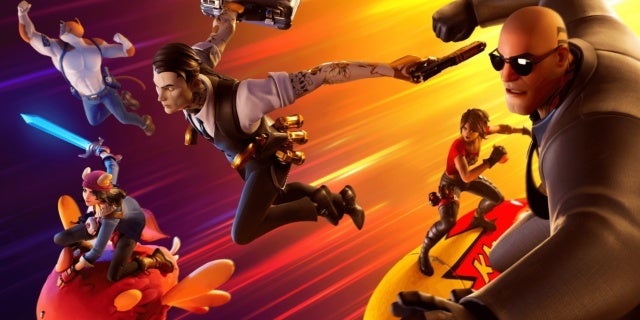 A new Fortnite patch this week means new leaks from various datamining efforts, and this time, the results include a whole host of different odds and ends like X-Force skins — featuring Deadpool, Cable, Domino, and Psylocke — emotes, and other cosmetics. As with all leaks like these, it’s unclear when exactly they might show up in the game itself, but one imagines that the various Marvel skins will feature in the item shop sooner rather than later. (Once they’re officially announced, that is.)

As mentioned above, these were all found as part of the v12.40 update. In addition to the aforementioned X-Force skins, there are a couple new non-Marvel skins as well as some back bling, emotes, and pickaxes. The non-Marvel stuff is nice and all, but the real highlight here is the various X-Force-related back blings, pickaxes, and so on. You can check out a whole bunch of them below via prominent Fortnite leaker HYPEX:

All the leaked 10.40 cosmetics! pic.twitter.com/V7qhv81xKJ

All the leaked emotes ingame! pic.twitter.com/487hGVdFeW

Notably, it was recently announced that Fortnite Chapter 2 Season 2 would be extended to June, with Chapter 2 Season 3 now set to launch on June 4th. This, of course, likely has nothing to do with the above leaked cosmetics other than the simple fact that we’re now more likely to see the various items be added during the current season.

What do you think of Fortnite Chapter 2 Season 2 so far? Are you bummed about the recent delay of a new season? Let us know in the comments, or hit me up directly on Twitter at @rollinbishop to talk all things gaming!

READ  Defender of humanity and destroyer of alien ringworlds, the Master Chief is back.Grab The Master Chief Set in the Shop now! https://t.co/aUgcR81MKP

Fortnite Chapter 2 Season 2 is now available within the video game. It’s unclear when, if ever, the above leaked skins, emotes, and cosmetics might actually release in the game. You can check out all of our previous coverage of Fortnite right here.