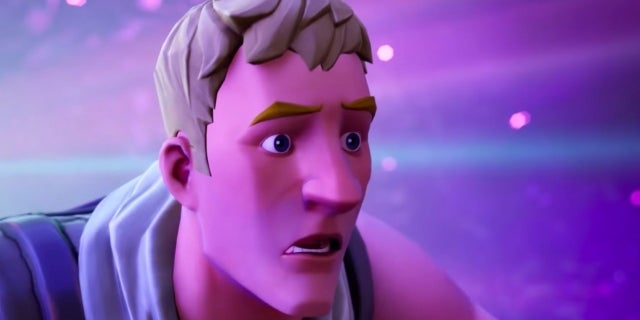 A massive new Fortnite “leak” has surfaced online claiming to have the scoop on Season 3, the free-to-play battle royale game’s next season expected to start in the somewhat near future. The alleged leak comes way of prominent Fortnite YouTuber Tabor Hill, who claims to have an inside scoop, presumably via a source inside of Epic Games. Chief among the new details shared are the major map changes coming to the game for the new season.

According to the YouTuber, Epic Games is busy preparing the game for what sounds like a summer makeover that will give the game a water theme, transform the map with more water locations, and even add underwater areas. In other words, there are major map changes coming, however, apparently The Agency is going nowhere, at least not yet.

To accompany all of this new water won’t be just underwater swimming — something we’ve known is coming to the game since last month — but sharks, or more specifically sharks that you can ride. In other words, a new aquatic vehicle.

Keeping with this water theme will be a new Aquaman skin, which sounds like it’s going to be attached to in-game challenges like the Deadpool skins have been this season. The YouTuber notes that DC Comics will be represented into the Battle Pass, but no other skins are mentioned. What is mentioned is the fact that there won’t be any new Marvel skins because of this.

The last salient detail the YouTuber mentions is environmental damage in the form of fire. Unfortunately, Tabor doesn’t spill any further pertinent details about this feature, but it would thematically clash quite nicely with all the new water.

Of course, all of this information should be taken with a major grain of salt. Even if everything here is correct, none of it is official, and all of it is subject to change. That said, Tabor Hill has proven to be reliable in the past.

Fortnite is available for PS4, Xbox One, PC, Nintendo Switch, and mobile devices. For more coverage on the game — including recent news, rumors, and leaks — be sure to take a moment and check out all of our past and all of our most recent articles pertaining to the title by clicking right here.

Feel like a Jedi as Lightsabers have returned for a limited time! Drop in game now and show off your skills.pic.twitter.com/koN5fGFc0i