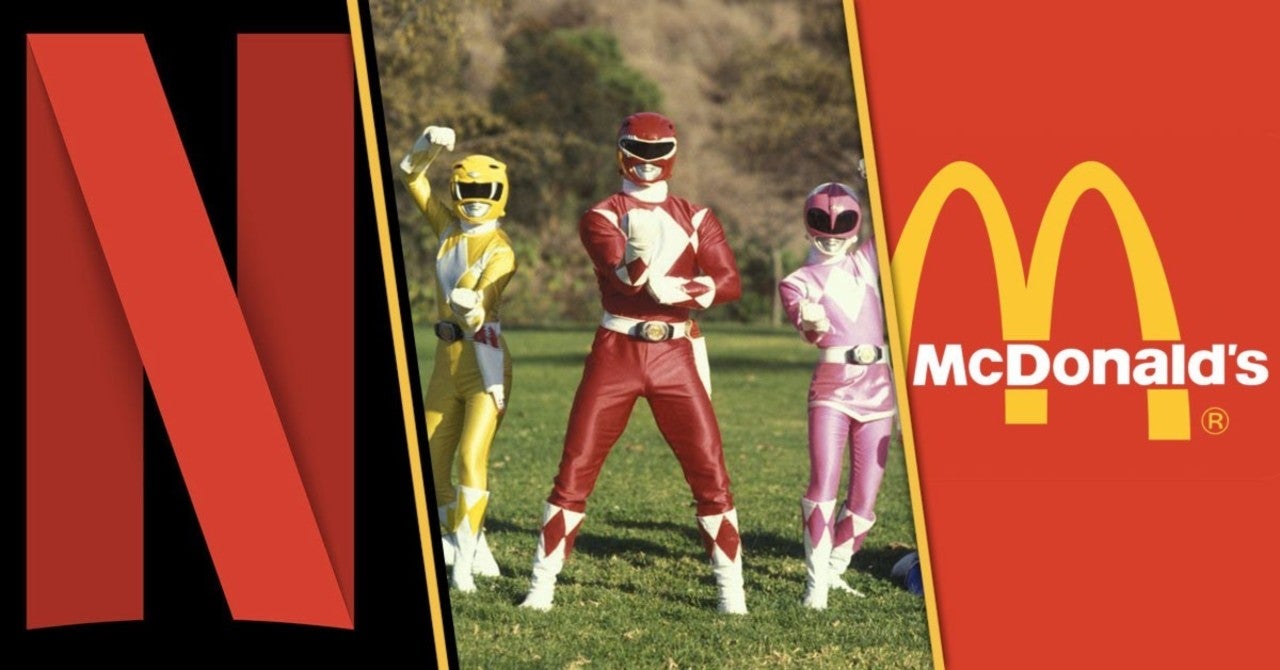 Power Rangers fans are always creating their dream teams of past Rangers, and more than a few have also been known to create their own crossover teams made up of superheroes, sports stars, franchises, Golden Girls (what? Don’t judge me), and pretty much anything else you can think of. The Power Rangers account decided to craft its own team of Rangers, but for this list, the Rangers were various well-known Brands like Netflix, McDonald’s, Taco Bell, and more. Many of them were based on the brand’s primary color scheme, though there are a few in here you might not expect. Fans also got in on the action with their own picks, and we’ve collected all of them into one place for you starting on the next slide.

Before we get to the official Power Rangers account’s choices, some of the fan suggestions are on the money and deserve a shoutout. The first of these is one submitted by @PeteyBatts, which paired the Arby’s logo with the crew of Rangers from Wild West Rangers, and you’ve gotta admit it works extremely well.

Another perfect pick is this one from @juliocoolio6, who put the Burger King side by side with Talon Ranger, who was formerly known as Deathryuger in the Sentai though has since been renamed the Dark Ranger with Heckyl as the person in the helmet in the comics. Again, this is spot on.

@PeteyBatts came back with another one, this time showing the image from Ninja Storm that is a dead ringer for the Google Chrome logo, so it makes sense that Chrome would be the Ninja Storm team.

@thepan had a great recommendation as well, putting the WWE logo right by S.P.D. Red, and again, it’s easy to see the similarities.

These are some of our favorite fan submissions but hit the next slide to see what the official team ended up being.

“In season 2 of POWER RANGERS BEAST MORPHERS, Evox returns and he’s more powerful than ever! The Power Rangers will gain access to all new power upgrades, powerful new weapons, and epic new Megazords in order to protect the Morphin Grid and save the world!”

For the team’s leader and Red Ranger, it was Netflix, and they seemed to dig the idea too.

You knew Hasbro was going to be on the team, and their color scheme made becoming the Blue Ranger an easy choice.

The Golden Arches did not get left out, and for McDonald’s it makes sense to become the team’s Yellow Ranger. Now, the Mighty Morphin team does not have a Purple Ranger, but if it did you know Grimace would totally be part of the squad.

This one might surprise you a little, but for the Pink Ranger the choice ended up being Taco Bell. There is some pink in their logo thanks to the neon, though the colors are a bit more Ranger Slayer, right?

This one makes total sense, as Power Rangers picked Tommy the Green Ranger to represent Hulu, and that’s pretty much perfect.

In one of the more inspired picks, MTV is the team’s Black Ranger, and once you see the Power Axe’s color scheme, it makes total sense.

Now, the team isn’t completely made up of Mighty Morphin Rangers, as Nickelodeon is represented on the team by S.P.D’s Kat Manx, and again, the colors line up brilliantly.

comments
READ  Batman’s next comic series is a Fortnite crossover

For the last one, we have BOOM! Studios, and it’s fitting that they are represented on the team by one of their own creations, the Mastadon Sentry, and the colors match up extremely well.

Xbox Live Is Down, No Timetable For Return

7 Free Games to Play This Weekend