Fans of DC Universe and now HBO Max’s Doom Patrol have less than a month to go before their dysfunctional heroes with a rogues gallery to make Batman’s head hurt returns for a second season, and now we have some new key art and intel on what you can expect. Starting with the latter, if the return of Mark Sheppard‘s (Doctor Who, Supernatural) Willoughby Kipling isn’t enough to get you counting the days down, then I don’t know what is. On top of that, we have Niles “The Chief” Caulder’s (Timothy Dalton) daughter Dorothy Spinner (Abigail Shapiro) and her ability to turn imaginary friends real also joining the team. Now for a better look at Dorothy, her father, and the rest of her new “family”, here are the season posters from DC Universe and HBO Max (with the series returning June 25). 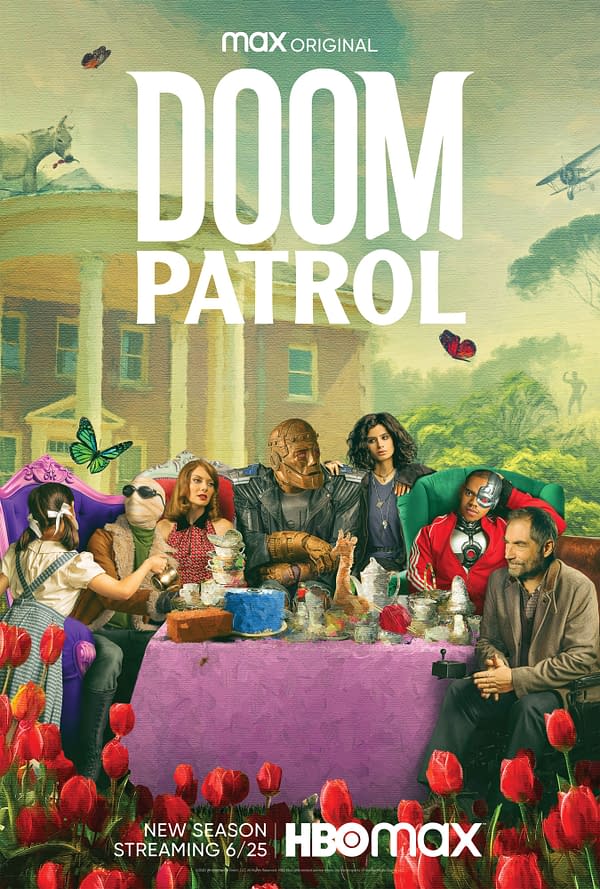 A look at the season poster for Doom Patrol season 2, courtesy of HBO Max. 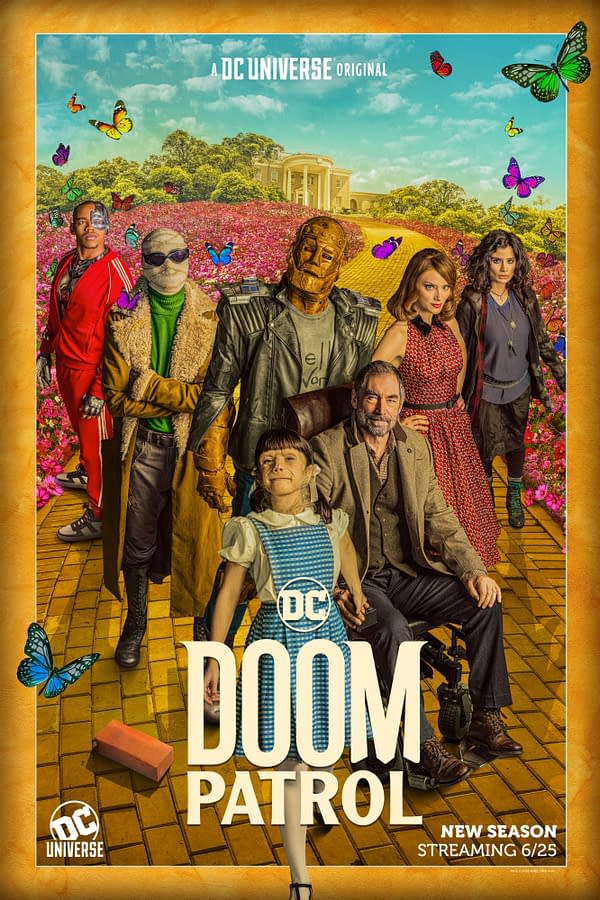 A look at the season poster for Doom Patrol season 2, courtesy of DC Universe

Following the defeat of Mr. Nobody, the members of the Doom Patrol now find themselves mini-sized and stranded on Cliff’s toy race car track. Here they begin to deal with their feelings of betrayal by Niles Caulder aka The Chief (Timothy Dalton), while confronting their own personal baggage. And as each member faces the challenge of growing beyond their own past traumatic experiences, they must come together to embrace and protect the newest member of the family: Dorothy Spinner (Abigail Shapiro), Niles’ daughter, whose powers remain a mysterious but real threat to bringing on the end of the world.

A look at the season poster for Doom Patrol season 2, courtesy of HBO Max