Fortnite Brings Back the Borderlands Psycho Skin and Claptrap Pet 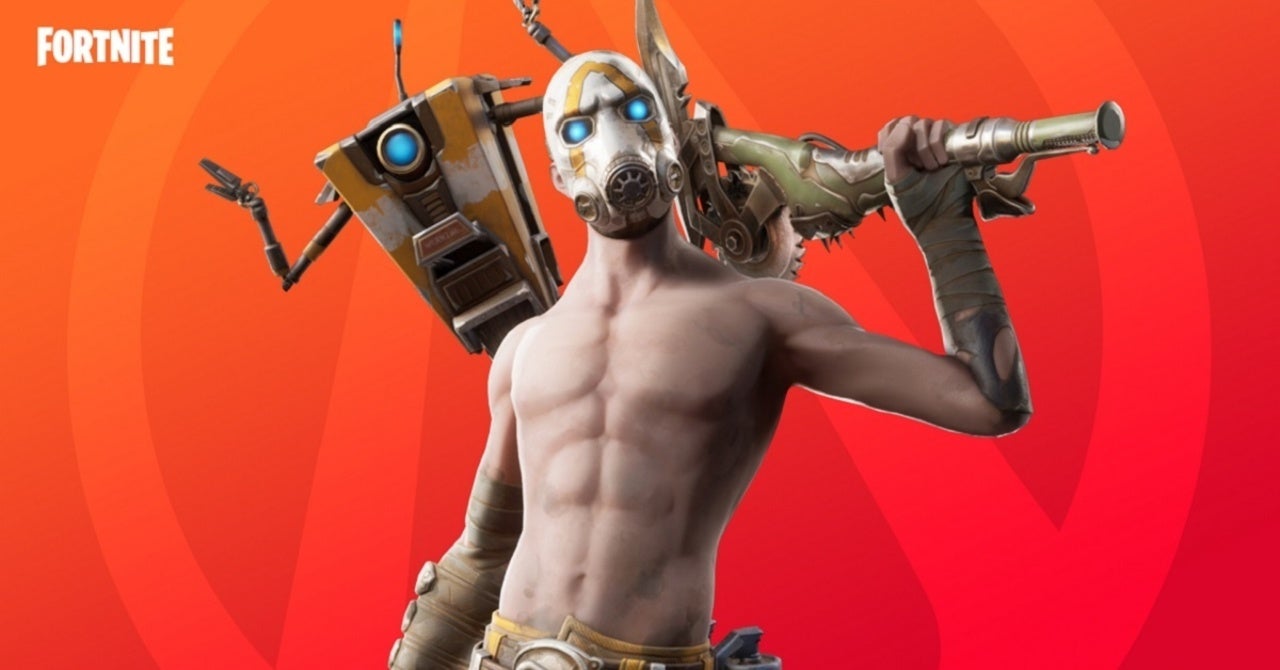 One of Fortnite’s cosmetic sets introduced for a limited time during one of its many crossover events is back in the Item Shop now that the Borderlands Psycho Bundle has returned. It comes with an outfit that turns players into a Psycho who’s straight out of the Borderlands franchise as well as the Psycho Buzz Axes pickaxe to use when you’re whacking away ate resources. Perhaps best of all in the bundle is the Claptrap companion it comes with which allows the talkative robot to join you in your battles, though he won’t be talking nearly as much as he does in the Borderlands games.

Epic Games announced this week that the Psycho Bundle had returned to the Item Shop for a limited time. These sorts of offers typically don’t stick around for long, so if you missed out on the Borderlands set the first time it was available, now’s your chance to fix that before it’s cycled out for a different offering in the Item Shop.

Get the Psycho Bundle including the Psycho Outfit, Claptrap Pet, and Psycho Buzz Axes in the Item Shop now. pic.twitter.com/8Q9mBu8Usp

To recap, the Psycho Bundle comes with the Psycho skin itself, the Buzz Axes, and the Claptrap companion. It’s available in the Item Shop for 2,000 V-Bucks which is a bit more than items usually sell for, but since it’s bundled together, it’s naturally more expensive.

The Fortnite event which originally introduced this set to the game was added during Summer 2019 when a Rift Zone brought Pandora, the main planet from the Borderlands series, to the battle royale game. That gave players a new area to explore and a bunch of challenges to complete, all while dressed as the common Borderlands antagonists with Claptrap there to accompany them.

READ  Rise up to vanquish the challenger and become the arena's next champion.Grab the new Sica Outfit now! https://t.co/5wHPKcIo5t

There is at least another way to get the bundle even if you miss the time that it’s in the Item Shop though, and that way is also the perfect avenue for getting both the set and Borderlands 3 if you don’t already own the game. Players may recall that Epic Games ran a promotion a while back that offered the Psycho Bundle to anyone who pre-ordered Borderlands 3 from the Epic Games Store. That offer applies to purchases made after the game released as well, so as long as you buy the game through the Epic Games Store some time between now and December 31st, you’ll get the bundle included.

Fortnite’s Item Shop will change out the offers soon though, so be sure to get it while it’s there if you want it.

8 PS4, Xbox One, and PC Games to Play for Free This Weekend