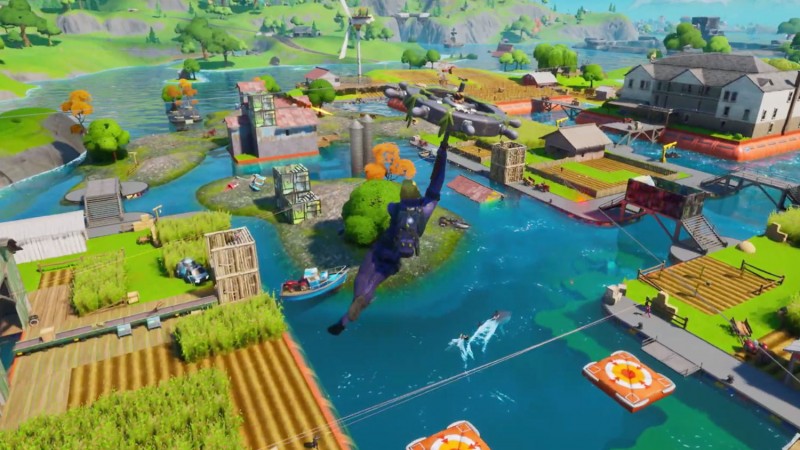 Fortnite’s latest season, Splashdown, kicked off this morning. While it doesn’t maintain the tsunami wall of water that replaced the storm at the end of season two, it does add some significant changes to the game overall. Here’s hoping you like to swim.

As the name implies, Splashdown’s big focus is on water. The map has been flooded, which affects things on a fundamental level. Many familiar locations, such as the Grotto, have been at least partially submerged. Fortunately, there are a lot more boats scattered around the map, in case you need to get somewhere faster. The water has also attracted some angry sharks, which will chase after players and even chomp into their builds. If you have a fishing rod, you can catch one of these guys and ride around.

Last season introduced a new character, Maya, who could be customized by completing various challenges. Splashdown incorporates a similar element, though you’ll be modifying an umbrella instead of a character skin. And where players were able to unlock a Deadpool skin by completing challenges, this time around you can unlock an Aquaman skin.

The map and game will continue to change throughout the season, eventually giving players a chance to drive cars and trucks around. That’ll have to wait though. It’s too soggy right now.

Take a look at the trailer below for info on the game’s battle pass.

READ  Your iPhone Deserves a Proper Game Controller for, Well, Anything but Fortnite

Pokemon Sword And Shield DLC: How To Access The Isle Of Armor