Google Stadia lets you share a URL to your very own game worlds with Crayta, coming July 1st 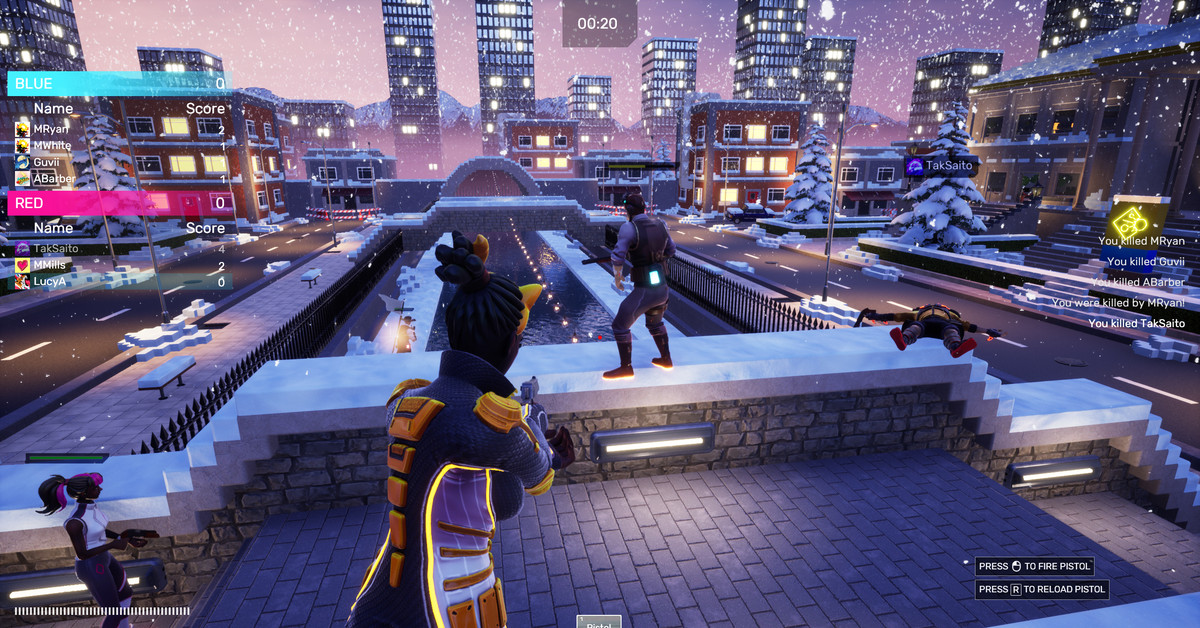 Google Stadia’s upcoming exclusive game Crayta launches July 1st with support for a beta version of State Share, the cloud gaming service’s experimental tech that lets any Stadia user jump instantaneously into another person’s game by following a link. The game is a “First on Stadia” title, meaning it won’t be restricted to Google’s platform forever. It may arrive on other consoles, PC, or mobile at some point in the future, though no plans have yet been announced.

Crayta, developed by UK studio Unit 2 Games, was first announced back in April, and it looks a bit like a game-creation-focused Minecraft with the art style and building mechanics of Fortnite. Players can create their own games for their 3D avatars to explore and engage with, and anyone can share those worlds with other players to build collaboratively together or just to play the experience as a standalone game.

There are various genres supported through the game creation tools available, but Unit 2 says it “anticipates new genres to be invented” inside Crayta. Up to 20 players per game will be supported at launch, and Unit 2 is promising free post-launch support and updates through 2020.

A big draw here will be State Share, which Google says will allow Crayta players to share their games with just a link. Anyone who clicks the link will be teleported into the created game world “instantly,” Google says. A video Google created to demo the feature shows how a YouTube streamer can just drop a link to their Crayta game into a chat window to fill the lobby. You’ll also be able to share the game for others to jump in and collaborate on your project together.

It’s not clear how long it’ll take to enter an in-progress game under real-world conditions, but it’s safe to assume Google and Unit 2 expect this to work for any Stadia user (who also owns Crayta) with a fast, stable connection in a matter of seconds. You’ll need to own the game for the feature to work; State Share links will kick you the Stadia storefront page for the title if you don’t have access to it. This is the first game to make use of the State Share feature since it was first demoed as a potential option for YouTube streamers during the Stadia launch event in early 2019. As such, Google is describing it as a beta for now.

Crayta’s premium edition, which comes with some in-game currency, will be free for all Stadia Pro subscribers, but the company says it’s still deciding on a price for free users who want to purchase the title. Up until recently, Stadia Pro subscribers were the only people allowed onto the platform, as the free tier hadn’t yet launched. But Google made the free version of Stadia available in April with a Stadia Pro free trial lasting two months. If you signed up back then, July will be roughly when your Stadia Pro free trial ends and you’ll need to re-up or drop down to the free tier. If you’re a new user, there’s still a one-month free Pro trial available.

Fortnite Season 3 Apparently Made a Secret Change to Bunker