With this Thursday, June 25, bringing the return of DC Universe and HBO Max’s dysfunctional do-gooders Doom Patrol for a second season, the streaming services are offering something special for those counting down the days and for those still considering the series. For the latter, you have the first three episodes of the first season to take out for a test drive (a good call because the first three really give you a sense of the series). For the former, a sneak preview at the 2:46:48 that gives viewers a glimpse into Dorothy Spinner’s (Abigail Shapiro) heartbreaking backstory. But as tragic as it may be, it also serves as a warning of what Niles “The Chief” Caulder (Timothy Dalton), Cliff aka Robotman (Brendan Fraser), Larry aka Negative Man (Matt Bomer), Rita aka Elasti-Woman (April Bowlby), Jane aka Crazy Jane (Diane Guerrero), and Vic aka Cyborg (Joivan Wade) will have to contend with (and as you’ll see below, that’s not even the half of it). 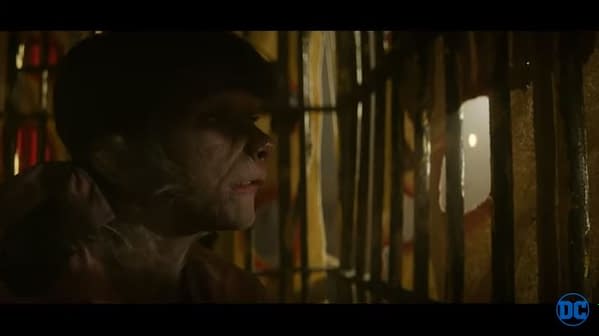 A scene from the second season of Doom Patrol (Image: DC Universe)

So you may notice some not-so-familiar-yet-incredibly-fascinating faces in the extended trailer below. Well, consider this your first introduction to the small screen’s versions of The Candlemaker, Red Jack, Doctor Tyme, and The SeX-Men (names that fans of the comics know all too well). The Candlemaker is a psychic entity “big bad” who feeds off of mankind’s fear of the apocalypse; while Red Jack claims to have created the universe, was once Jack the Ripper, and dines on pain and suffering (you see the similarities, right?). Doctor Tyme is a time-controlled villain who eventually redeems himself and goes on to help the team. The SeX-Men is not only a “wink, wink, nudge, nudge” to Marvel’s not-so-merry mutant team, but also a government-sponsored team of “Mulders” and “Scullys” who investigate supernatural situations of the more sexual kind. Captain Kiss, Lieutenant Cuddle, and Lieutenant Torture would eventually go on to work alongside our heroes. 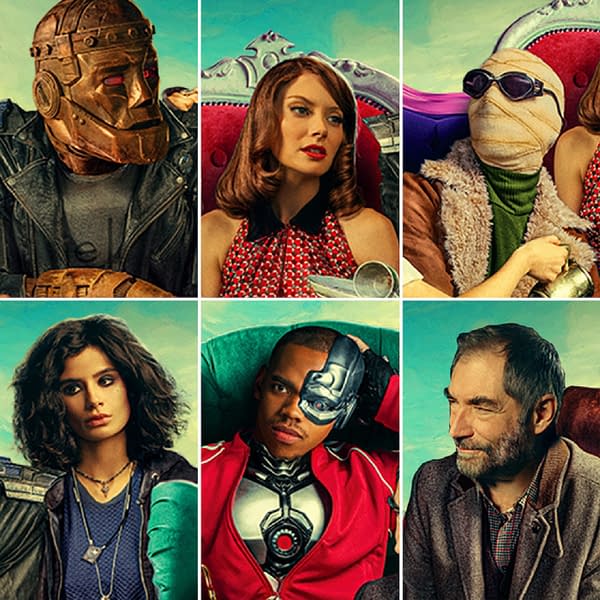 A look at Doom Patrol for season 2, courtesy of DC Universe