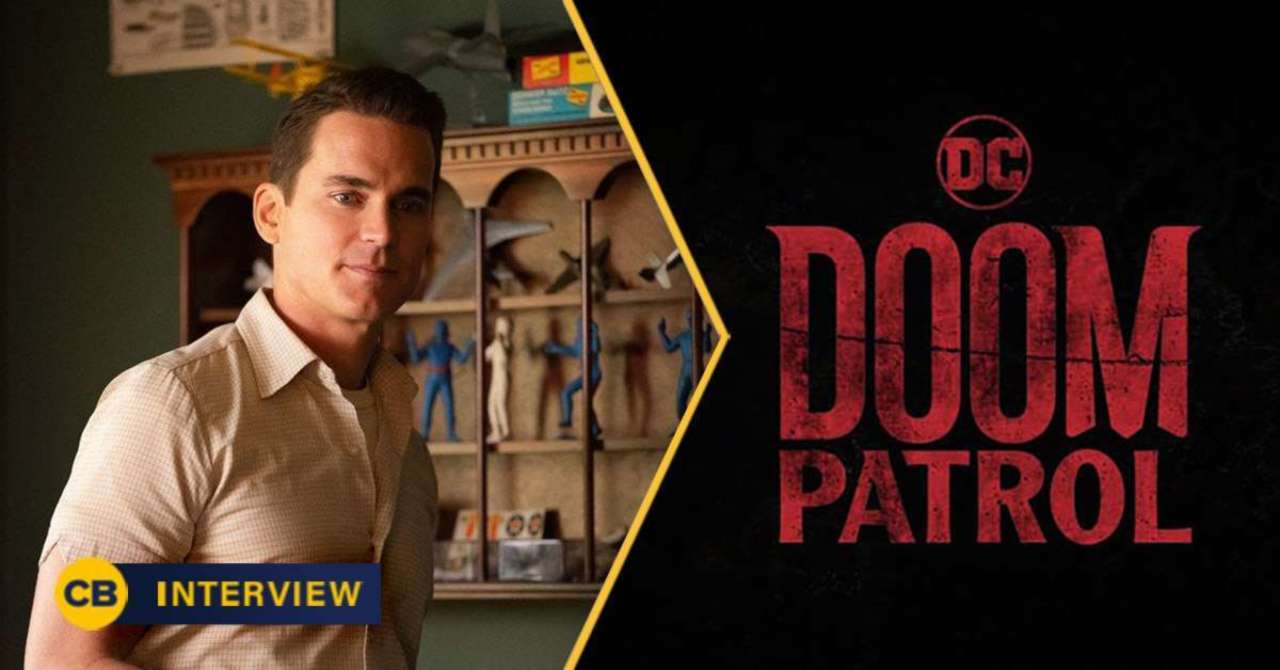 Doom Patrol returns for a second season this week with the odd team of misfit would be heroes coming back to save the world again this time on both DC Universe and HBO Max. Season One of the comics-inspired series won over both fans and critics alike with its wild, wacky, and sometimes utterly unbelievable adventures and while the new season sees the heroes dealing with new villains, new challenges, and even a new team member with the addition of the Chief’s (Timothy Dalton) daughter, Dorothy (Abigail Shapiro) fans don’t have to worry about Season Two losing any momentum. Series star Matt Bomer says the show manages to up the ante without sacrificing anything fans love.

In a recent conversation with ComicBook.com Bomer, who plays Larry Trainor/Negative Man in the series, talked about how Doom Patrol’s second season blows him away and while he doesn’t really know how they do it, everything somehow goes to the next level in an authentic way.

“I’m just, I’m so blown away by the writers on this show and the fact that somehow they were able to up the ante and outdo themselves from season one without sacrificing character or story or doing it for any kind of sensational effect. It’s all somehow still organic to the story, which is still baffling to me,” Bomer said.

The question of “how they do that” is one that Bomer said was one for the writers, but for him, every script felt like getting a gift.

For Bomer, even heading into the first season of Doom Patrol, the series was something completely different and almost foreign to him and even now, with the second season coming out, it still feels like very much its own thing in a very real and refreshing way as it takes on something even larger than heroics: the human condition.

“Well, somewhat the show is unprecedented,” he said. “I had never seen that, I didn’t know about Doom Patrol before this , so I had never seen… I mean, I’ve seen things like Deadpool that were a bit more self aware, but I’d never seen something as offbeat and quirky and abstract and absurd as this show. With a great sense of humor, but it’s also so much about the human condition and the capacity for even the most marginalized people to find their hero while at the same time still paying so much attention to the fan boys and girls out there delivering all the sort of bizarre, offbeat and absurd stories that made the comics so loved in the first place.”

For Bomer, the second season also feels like a continuation of the risk-taking of the first season and the actor explained that while in the beginning he had questions about how the show would pull things off each week, those questions and those doubts are long gone.

“The whole thing felt so risky to me in a great way, because I knew in my initial conversations with Greg Berlanti and Jeremy Carver, that it was, they had incredible plans and I read the script and I thought, ‘Oh my gosh, this is one of the funniest, strangest, most exciting things I’ve ever read, but are they going to be able to pull this off and are they going to be able to do it week to week?'” he said. “And it just answered yes to every doubt I had.”

READ  Free pickaxe, yours for the taking ⛏️And all you have to do is play our Creative Mayhem map! Get all the info here: https://t.co/jwcEvFrGa4 https://t.co/vthazTavn0

Audiences will get to see for themselves how Doom Patrol ups the ante and manages to pull it off all over again when the first three episodes of Doom Patrol Season 2 will be released on Thursday, June 25th on both DC Universe and HBO Max.