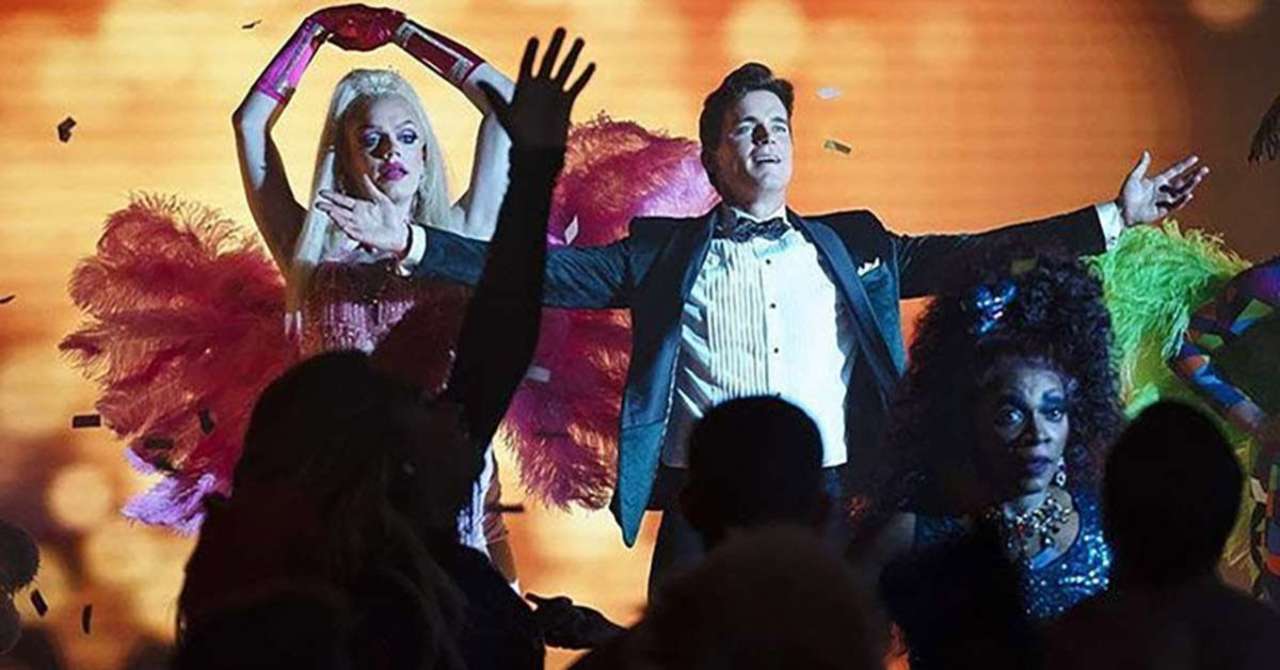 DC Universe’s Doom Patrol returns this week for a second season, bringing audiences new adventures for the comic book-inspired series’ team of unique would-be heroes. But while the series will be sending the Doom Patrol up against bizarre villains and unprecedented challenges in their effort to save the world once again, the return of the series also means the return of the series’ representation of LGBTQ+ characters. The first season of Doom Patrol not only saw Matt Bomer‘s Larry Trainor/Negative Man play a major role as one of the main heroes of the series, but also introduced a wide, colorful array of characters that fall under the LGBTQ+ umbrella including. It’s that inclusion that Bomer says has been profound.

In a recent interview with ComicBook.com, Bomer spoke about how Doom Patrol approaches LGBTQ+ characters and issues in a way that goes far deeper than set dressing or stereotype by giving the characters a lot of humanity and a lot of dimension as well as by celebrating them, as viewers got to see in last season’s “Danny Patrol” which included Larry singing and dancing on stage with many of Danny the Street’s residents, many of which represented “every aspect” of the LGBTQ+ community.

“We were filming that and I thought, ‘Oh my gosh, we’re doing a musical number to a Kelly Clarkson song on a stage with every aspect of the LGBTQ+ spectrum on stage together,'” Bomer said. “On a superhero show, this is wild. And I think we owe so much to Greg Berlanti and what he’s done for LGBTQ+ representation in the superhero genre and giving, making sure the characters aren’t just there as comic relief or as set dressing or as a stereotype that are given real dimension and substance and nuance.”

READ  That’s all for now!Grab the Toon Meowscles Outfit with the built-in Squash & Stretch Emote before he rotates out of the Shop. https://t.co/v9wXUe7n3f

He continued, “And the great thing about a role like this is that it’s just about a man who is struggling with real demons and you should give the same respect to any role, but you have to go as deep as if you’re playing Hamlet, you know?”

Bomer said that Doom Patrol‘s approach is one that is as profound as anything viewers might find on prestige television dramas outside the superhero space.

“It’s not like, ‘Oh, I’m on a comic book show. I can just kind of come in and wing it and have fun,'” Bomer said. “It’s like, no, this is really profound, deep scene work that we could find on any prestige drama on television.”

This isn’t the first time that Bomer has praised Doom Patrol for its representation of the LGBTQ+ community, either. Last year, he had nothing but love for how the show presented his character in particular as something much more than simply being a gay man.

“I’ve never really seen a gay, male superhero, and what I love most about the character is that, even though it’s a huge struggle, internally, for him, it’s not the sole thing that defines who he is. He’s such a multi-faceted character,” Bomer said at the time. “If it had just been one stereotypical thing, I think I would have had more reservations about it, but the fact that he is this nuanced character who has so many places to grow, and he has so much shadow and so much light that he doesn’t even know he has, is what appealed to me, just as much as his sexuality.”

READ  Epic and Apple are now fighting over a naked banana

Save humanity as the Octonaut on Xbox One, PS4 and Nintendo Switch