Epic Games has added an item named Firefly Jar to Fortnite and players can get their hands on the new illuminated item now.

Fortnite data miner, HYPEX, had already leaked an image of this item, and now shared a first look video of the item. 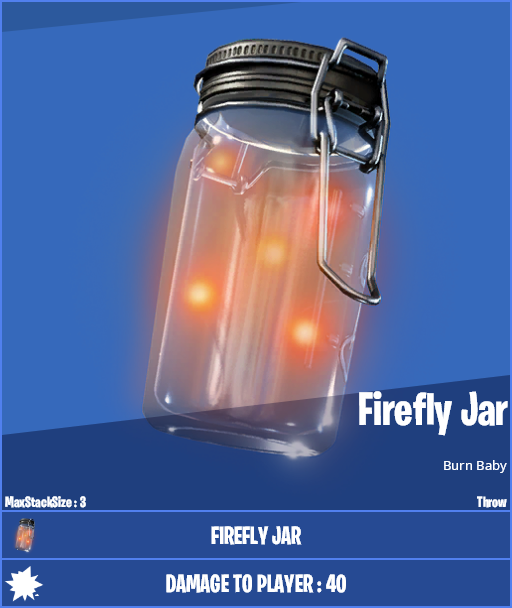 When a player throws the Firefly jar, the container breaks, releasing several “fireflies” that set the surroundings on fire when they land. The damage stats for these small explosions are yet to be confirmed.

The launch of Season 3 last week, on June 17, brought a number of new weapons, items, and locations with the addition of v13.00 patch, including the Charge Shotgun, a completely different map for players to explore while battling, sharks and more.

Players can test out the Firefly Jar in the game right now. Start by jumping of the Battles Bus and going to the flooded island—it appears the item is spawning more frequently there.