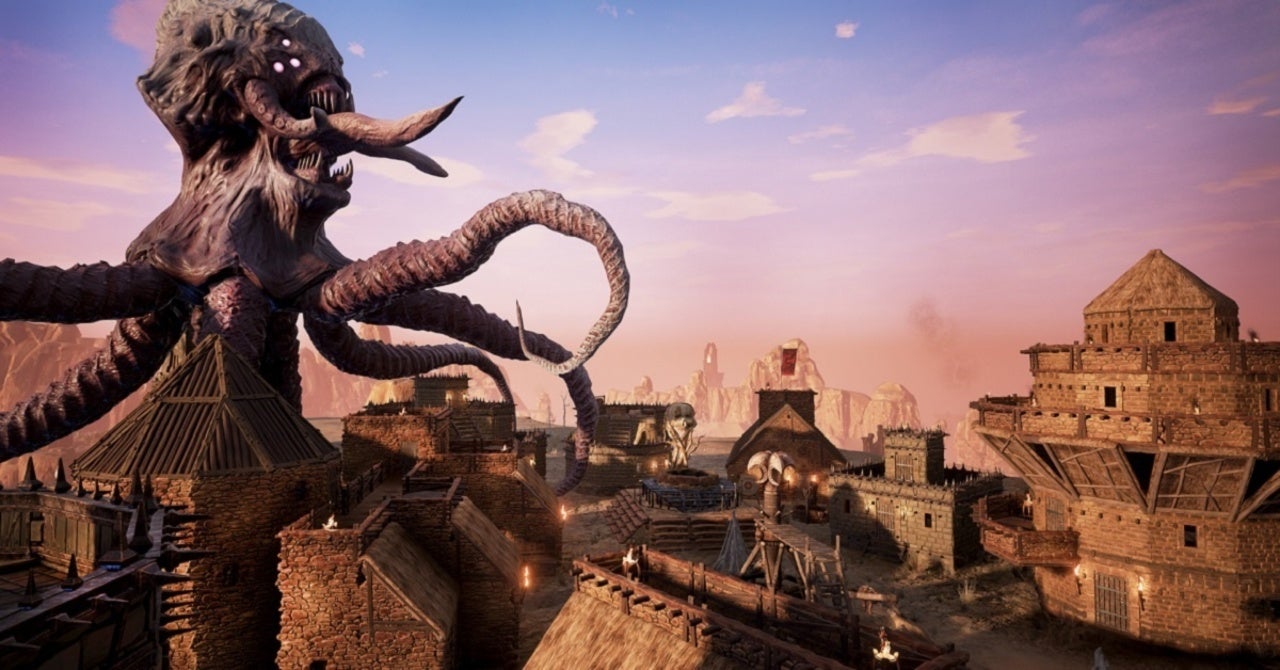 Epic Games Store users were originally going to get Conan Exiles this week as a free game, but that offer is no longer on the table. An announcement from Epic Games shared this week just before the giveaway was supposed to happen said that Conan Exiles would not be free through the platform after all. The game isn’t even available to buy either with its entire launch on the platform apparently pushed back now, but Epic Games said the game is still coming. It’ll be available to purchase later and won’t be free though, according to the update from Epic Games.

Free games are routinely offered through the Epic Games Store with those titles often advertised beforehand to prep people for what’s to come. Conan Exiles was similarly marketed as a free giveaway for this week before the update below was shared to announce the last-minute change.

An exact release date for the game wasn’t provided in the update, so it’s unconfirmed right now when the game will land on the Epic Games Store. There’s always the chance that Epic Games will add it to a free rotation at some point, but based on what we know so far from the update, expect to pay for it if you want it when it first arrives in the store.

The Epic Games Store team has decided that Conan Exiles will not be free, but will be available for purchase on the store at a later date.

Even if you can’t download Conan Exiles for free this week, you can still get other free games from the Epic Games Store. The game that’s free right now is called Hue, and after its availability window ends on July 9th, you’ll be able to download another free game. Killing Floor 2 will follow Hue which will then by followed by Lifeless Planet: Premier Edition. The Escapists 2 closes out the free games that we know of right now and will be available starting on July 9th until July 16th.

READ  Got what it takes to reach Galaxy Blue?The Zone Wars Bundle is back in the Shop! https://t.co/DnVx7jNgCn

Keep an eye on Epic Games’ updates regarding its store to see when Conan Exiles will be back and what free games are planned for the future after the four games mentioned above are given away.

Check On Your Black Gamer Friends