Fortnite Just Got Patriotic With A New Captain America Skin

Fortnite got a little more patriotic today as Epic Games and Marvel have partnered for a new Captain America skin in the game. Debuting today in the Item Shop, you can now snag Cap’s outfit, which includes two items as you’ll be getting his Proto-Adamantium Pickaxe and Back Bling. This is your chance to wield the shield as your Pickaxe, or as the devs suggested, display it proudly on your back. Like all additions to the game’s skins area, there’s no bonus included in your purchase, it doesn’t do anything special, it doesn’t give you a boost, and there are no added benefits beyond the idea of looking awesome. You are Captain America, running around in what looks like a combination of a few different versions of the uniform from the comics and the MCU to give it a unique feel. More so on the Ultimate side of things. 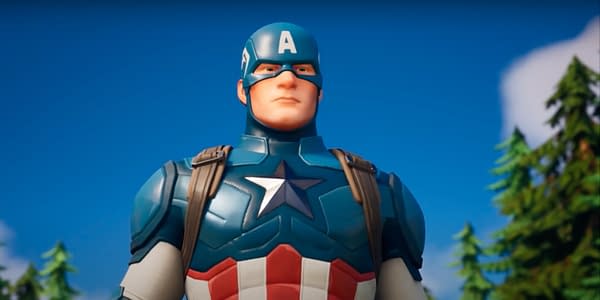 The more interesting aspect about all of this has to do with the trailer below and how Cap got into the Fortnite universe. As you can see, there’s a gust of wind and a shining of rainbow colors, meaning that Cap got here by way of the Bifrost Bridge, which is cemented by the marks left on the ground from where he stood. Doesn’t take a genius to figure out we’re probably going to be getting more Avengers skins in the future from Marvel and Epic Games, and that Thor is definitely on the list. The big question is when we’re going to be seeing them and how soon until we can purchase our way to building a four-player Avengers team. Hopefully, those skins come out before the end of Season 3. For now, best of luck winning as you look like a giant flag running across the map.

READ  DreamHack postpones the rest of its 2020 festivals

Horizon Zero Dawn Launches On PC In August With Many Enhancements

Fortnite to host We The People event on July 4