Home » FBNR Guides » There&#039;s a debate raging in video games over whether loot boxes should be classified as gambling
FBNR Guides

There&#039;s a debate raging in video games over whether loot boxes should be classified as gambling 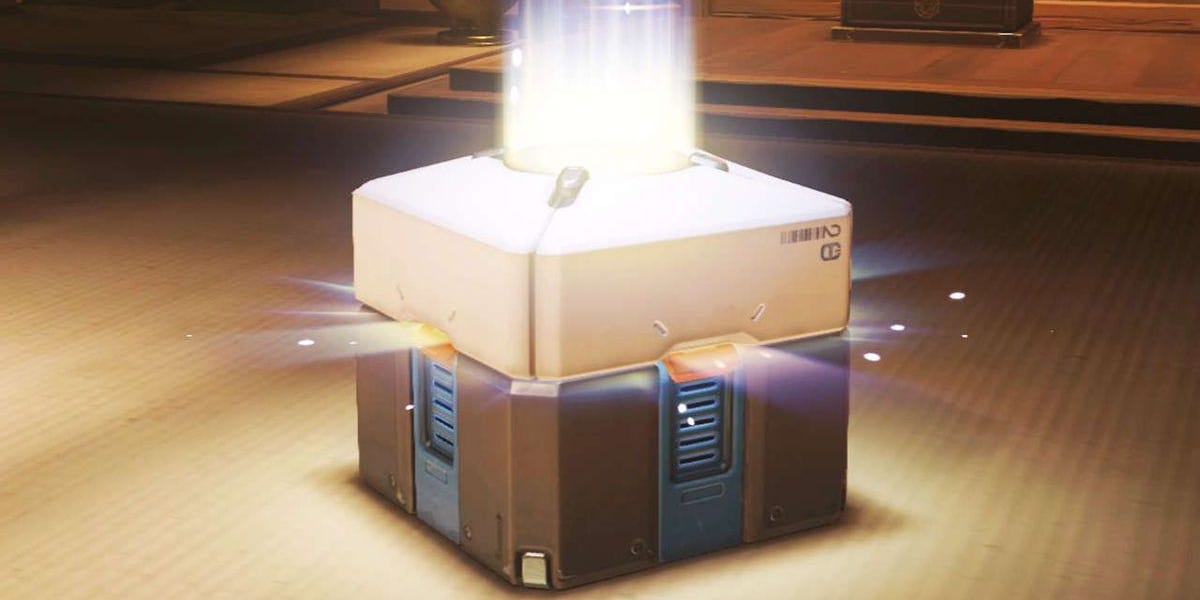 The video game industry might have a fight on its hands as the UK looks poised to reclassify a popular game mechanic as gambling.

On Thursday the House of Lords published a report on the harms of gambling, which found that in the UK there are 55,000 problem gamblers aged between 11 and 15.

Included in the report’s findings on problem gambling was the recommendation that so-called “loot boxes” in video games be immediately reclassified by the government to fall under the remit of 2005 Gambling Act.

Loot boxes have become a common feature in games, although they are far from beloved by many gamers.

Exactly how they work varies from game to game, but generally they work like this: you buy a loot box using either in-game currency or real money, and it churns out a randomized reward. These rewards normally give players something superficial, a new item of clothing they can give their game character for example, and don’t give them any actual edge over other players in the game.

Loot boxes can be found in mainstream games such as “Fortnite,” “Overwatch” and the “FIFA” franchise.

Research from the University of York found in 2019 that 71% of the top games on Steam, a popular platform where people download games, contained loot boxes.

In some games, players are able to trade the rewards they get from loot boxes with each other for real money. Loot boxes and this accompanying practice of trading items are collectively known as “microtransactions.” In 2018 a report from analysts at Juniper Research found microtransactions generated $30 billion in sales for gaming firms or apps, and projected that the industry could be worth $50 billion by 2022.

The UK committee that published this week’s report took evidence from Dr David Zendle, a lecturer in computer science at the University of York.

Dr Zendle’s research has shown there is a correlation between spending money on loot boxes and problem gambling.

In written evidence submitted to the committee, Dr Zendle said spending money on loot boxes could be a “gateway” to gambling.

In his evidence to the committee, Zendle said it may not be that loot boxes are a leading people to gambling, but rather people who enjoy gambling already are more likely to be drawn to loot boxes.

“Problem gambling is characterized by uncontrolled excessive spending on gambling. Loot boxes share many similarities with gambling. It therefore makes sense that this uncontrolled spending may transfer to loot boxes too,” he wrote.

For some researchers, the data simply isn’t there to justify new laws.

“We’re really only in the early phases of gathering scientific research evidence about the nature of loot box effects,” Professor Pete Etchells, a psychologist specializing in video games at Bath Spa University, told Business Insider. “What we really need is a clearer and stronger evidence base before legislation is changed,”

“Trying to crack a nut with this sledgehammer”

Professor Andrew Przybylski of the Oxford Internet Institute agreed that more research would need to be done to properly regulate loot boxes, and warned that jumping to regulate loot boxes like gambling is putting the cart before the horse.

“If loot boxes are bad I want to know why they’re bad,” Przybylski told Business Insider, adding that jumping to regulate loot boxes could distract from meaningful legislation to actually counteract problem gambling.

“I want harmful things in games to be identified and removed. But I just get a sense people are going to pat themselves on the back, say ‘job done,’ and a decade from now there’ll be more than 55,000 problem gamblers between the ages of 11 and 16.”

Przybylski also said that blanket regulation of video games with loot box mechanics as gambling would be “apocalyptically stupid,” as this would essentially mean slapping an 18+ label on a wide range of games aimed at children, such as “Fortnite” and “FIFA.”

“Trying to crack a nut with this sledgehammer […] five years from now we’ll see how stupid it is,” he said.

Although the evidence on whether there’s a causal link between loot boxes and gambling is equivocal, Dr Zendle told Business Insider that the video game industry brought this on itself.

“Loot boxes have been prevalent for more than half a decade,” he said. “Rather than help to discover whether there are potential negative consequences from this widespread in-game feature, industry representatives have instead engaged in what I perceive as a system of obfuscation and non-cooperation.”

“Industry actions have muddied the waters to the extent that the specific harms emerging from loot boxes will likely not be known for many years. This leaves regulators and policymakers few options when it comes to protecting the people they are responsible for,” he added.