With Danny in a new “tire-rific” form (let us have that one) and sex demon Shadowy Mr. Evans (Brad Brinkley) sent back to his dimension, it looks like this week’s episode of DC Universe (tick… tick… tick…) and HBO Max’s Doom Patrol slows the action (but not the weirdness) down a bit to do a deeper dive into the dynamic within our dysfunctional family of superheroes. Dorothy (Abigail Shapiro) continues having problems in the “friend” department, while Cliff aka Robotman (Brendan Fraser) faces the possibility of getting a bit of his humanity back- but is The Chief (Timothy Dalton) at the top of any of their “most trusted” lists? Meanwhile, “Finger Patrol” also finds Vic aka Cyborg (Joivan Wade) with plans to woo Roni (Karen Obilom), and Rita aka Elasti-Woman (April Bowlby) learning more about Larry’s aka Negative Man (Matt Bomer) life. Here’s a look at what we can expect, followed by two previews for the episode: one at normal speed, and one for those who have photographic memories: 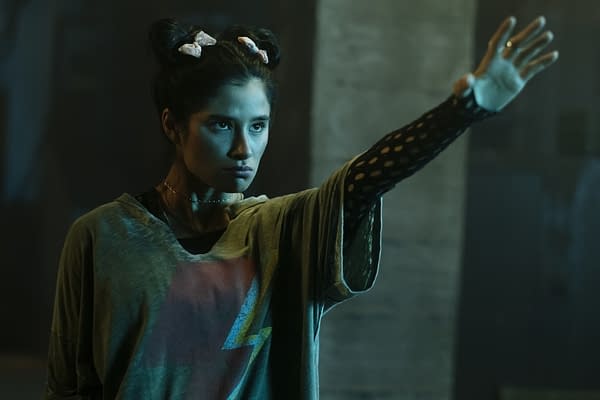 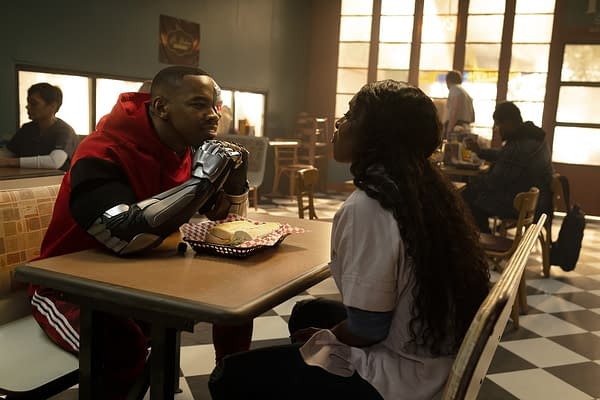 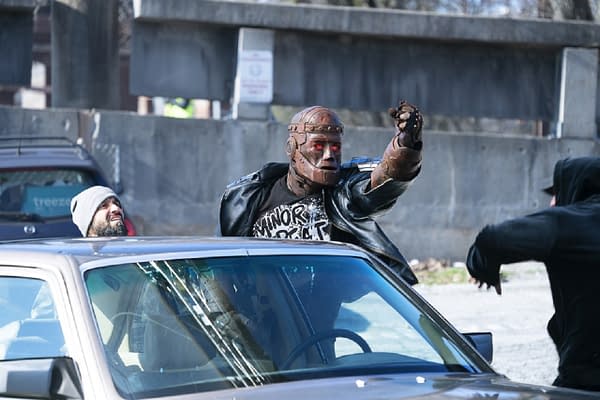 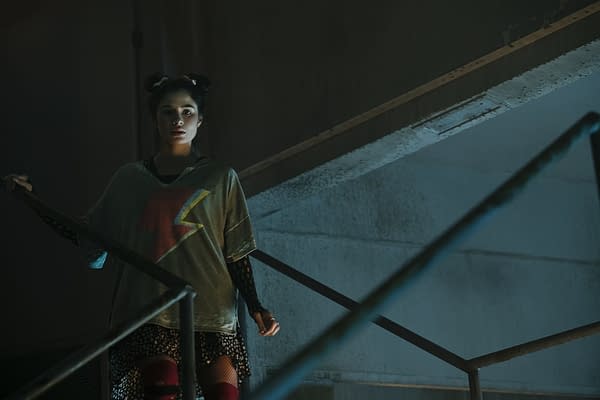 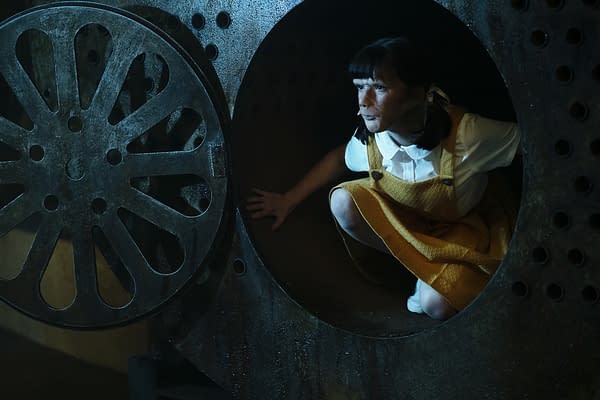 Doom Patrol season 2, episode 5 “Finger Patrol”: Dorothy finally finds a friend in Baby Doll – until playtime goes awry. Cliff discovers that Niles plans to give him human-like upgrades. Vic devises a plan to win Roni back. After Rita has a lousy audition, Larry brings her along to meet his family and learns more about the life he left behind. Written by Chris Dingess and Shoshana Sachi.

This season introduces viewers to the small screen’s versions of The Candlemaker (voice of Lex Lang), Red Jack (Roger Floyd), Doctor Tyme (Brandon Perea), and The SeX-Men (Michael Tourek‘s Kiss, Michael Shenefelt‘s Cuddles, and Tracey Bonner‘s Torture). The Candlemaker is a psychic entity “big bad” who feeds off of mankind’s fear of the apocalypse; while Red Jack (Floyd) claims to have created the universe, was once Jack the Ripper, and dines on pain and suffering (you see the similarities, right?). Doctor Tyme is a time-controlled villain who eventually redeems himself and goes on to help the team. The SeX-Men is not only a “wink, wink, nudge, nudge” to Marvel’s not-so-merry mutant team, but also a government-sponsored team of “Mulders” and “Scullys” who investigate supernatural situations of the more sexual kind. Captain Kiss, Lieutenant Cuddle, and Lieutenant Torture would eventually go on to work alongside our heroes. 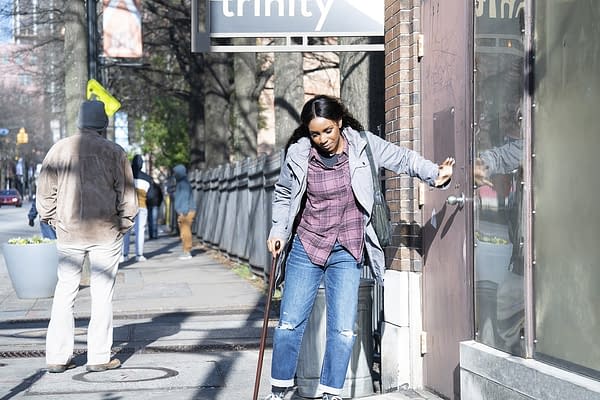 Ninja Is Streaming On YouTube, No Exclusivity Deal In Place Yet