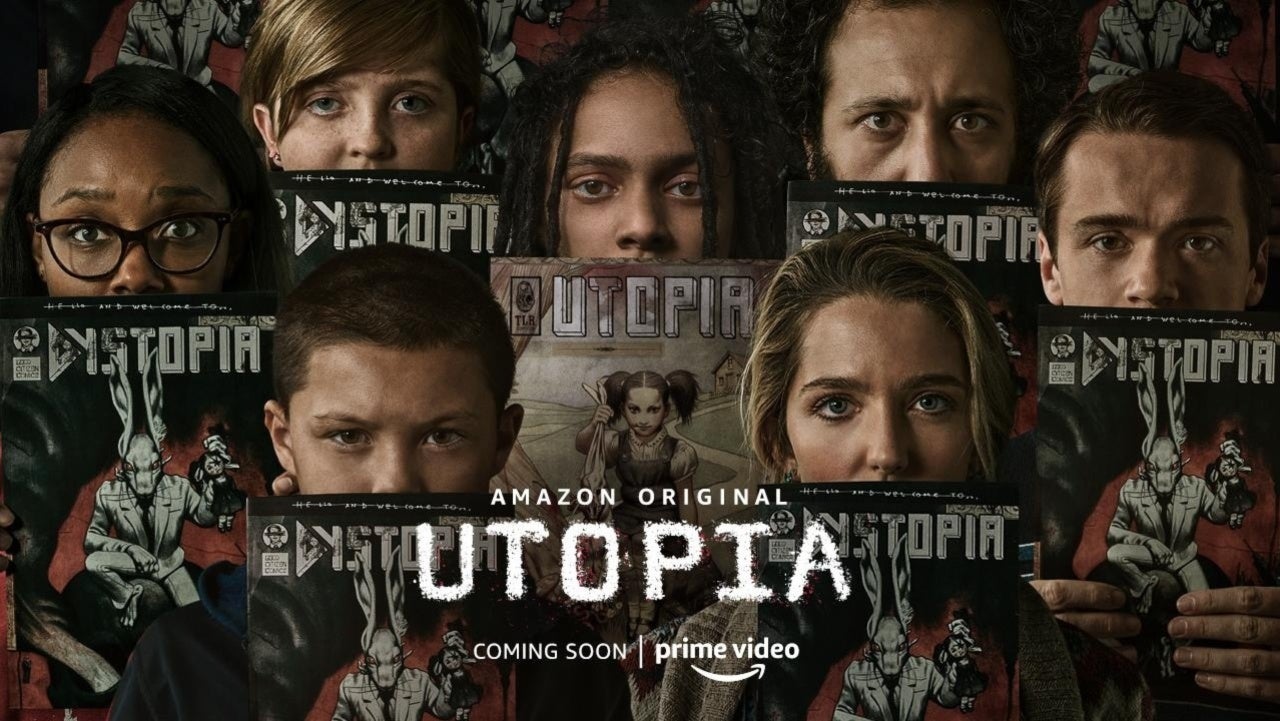 Amazon Prime Video has developed a penchant for some of the most thrilling original shows in the streaming landscape, and that trend looks to continue with its latest series, Utopia. From Gone Girl writer Gillian Flynn, Utopia tells the story about a comic book that turns out to be a prophecy about devastating events across the world. The series doesn’t arrive on Prime Video until later this fall, but Amazon unveiled the first trailer during the Comic-Con@Home panel on Thursday afternoon. You can check it out in the video above!

Inspired by the British series of the same name, Utopia begins with a group of people who all love a comic book called Utopia, and subscribe to conspiracy theories about the events of the book actually coming true. As it turns out, they’re right.

Flynn executive produces the series alongside Jessica Rhodes, Sharon Hall, Karen Wilson, and Dennis Kelly. Sharon Levy oversees the production of Utopia for Endemol Shine North America. At this time, there isn’t a specific premiere date for Utopia, but till arrive in the fall in over 200 countries and territories.

“Utopia centers on a group of comic fans who meet online and bond over their obsession of a seemingly fictional comic called, Utopia. Together, Ian (Dan Byrd), Becky (Ashleigh LaThrop), Samantha (Jessica Rothe), Wilson Wilson (Desmin Borges) and Grant (Javon ‘Wanna’ Walton) unearth hidden meanings cloaked within the pages of Utopia, predicting threats to humanity. They realize these are not just the makings of a conspiracy; they are very real dangers coming alive right now in their world. The high-stakes adventure brings the group face-to-face with the comic’s famed central character, Jessica Hyde (Sasha Lane), who joins them on their mission to save the world while harboring secrets of her own.”

What did you think of the trailer for Utopia? Are you looking forward to the new series? Let us know in the comments!