Good news for the ten people in the comments who consistently downvote anything I say: I’m off.

I’ve worked as deputy editor of VG247 for almost three years now. Time has flown by. I’ve travelled the world with this job. I’ve made new friends, and I’ve had moments that I will remember for the rest of my life. But now it’s time for something new.

Before I got into video game journalism I did a bit of everything. At one point I was a plasterer’s labourer. At another I worked in a flower factory. I’ve done retail in Primark. I’ve worked as bar and kitchen staff in the Brexit hellworld that is Wetherspoons. I’ve managed nightclubs and stacked supermarket shelves.

I come from a working class family and took my first job when I left school at 16 so I could help pay rent. I never stopped working, falling from one thing to the next with no direction – until I found video game “journalism”. But despite all that work experience, this is a new feeling for me. I’ve never felt sad about leaving a job before.

I’m excited about the future, but there’s a sinking feeling in my gut. VG247 made me feel welcome from day one and never let up, and now it’s almost over. It feels like the end of an era. This small team is like a second family to me.

Before I leave, I wanted to write this self-indulgent post to call out some of the best people in the games industry: the VG247 crew. Let’s start with the news team.

Steph Nunneley and Sherif Saed are two of the hardest working people I’ve met in any line of work. Part of my job is to highlight stuff that needs covering by the news team, and 90 percent of the time they’re already on it by the time I pass it across. Steph and Sherif are smart, self-motivated, and it’s been an absolute pleasure to work with them. Their work ethic during a busy live show is humbling.

Sherif is also the man to go to if you want a deep dive into the newest Soulslike or a tactical shooter, while Steph is a recovering MMO addict. Sherif lives in Egypt and Steph lives in the US so we’ve never actually met in person, but we still worked together as one unit and I’ll miss them both immensely. I have a lot of admiration for them both working through that distance – it’s not easy, but our Slack patter kept us all together. I hope Steph continues to send me photos of animals and Sherif occasionally messages me to tell me a game looks shit.

Next up we’ve got the guides team: James Billcliffe and Lauren Aitken. Again, ridiculously hard workers. I remember reviewing Shadow of the Tomb Raider and passing videos of the puzzles to Lauren as I focused on the review, leaving her to transcribe the videos and turn them into guides. With only one code for the team, she hadn’t even had a chance to play the game. Working on those guides made her sick of it before she’d even touched it.

Focusing on things like Fortnite challenges and keeping on top of other service games like Destiny isn’t easy. It’s a lot of work and sometimes it feels like a slog, but these two never complain about it and always turn in quality, accurate, readable guides. These are the backbone of the site and the reason we have the freedom to commission such a wide range of freelance voices. James, I’m sorry for forcing you to be my sat-nav at Gamescom, but that’s basically guide work in real life.

We recently hired Alice Liguori, who I’ve known now for about six years (we worked together previously at another website), yet I still had to Google her surname just now to make sure I spelled it correctly. Sorry, Alice. Alice is one of the most talented video producers in the industry. She edits, writes, livestreams, captures, and scripts most of the content herself. She might be one person, but she does the work entire teams do at other sites. It’s unreal what she’s capable of. A legend, even if she often pretends I’m not her boss on Twitter. She’ll do anything for a bit of clout.

Next up it’s Alex Donaldson, our assistant editor. Like everyone on the site, Alex does a bit of everything. It’s one of the things I love about how VG247 works – we all muck in and spread the workload. We all do guides and news and features as needed. I think that’s one of the reasons team morale is so consistently high – it feels like we all have each other’s backs. If you thought Sam Bridges from Death Stranding had it bad trekking across post-apocalyptic America, you should see the sacrifices Alex has made to keep our Pokemon Go content ticking over. Alex even helps out with video from time to time, and he’s the most authoritative voice in the industry when it comes to JRPGs. VG247 is lucky to have him. 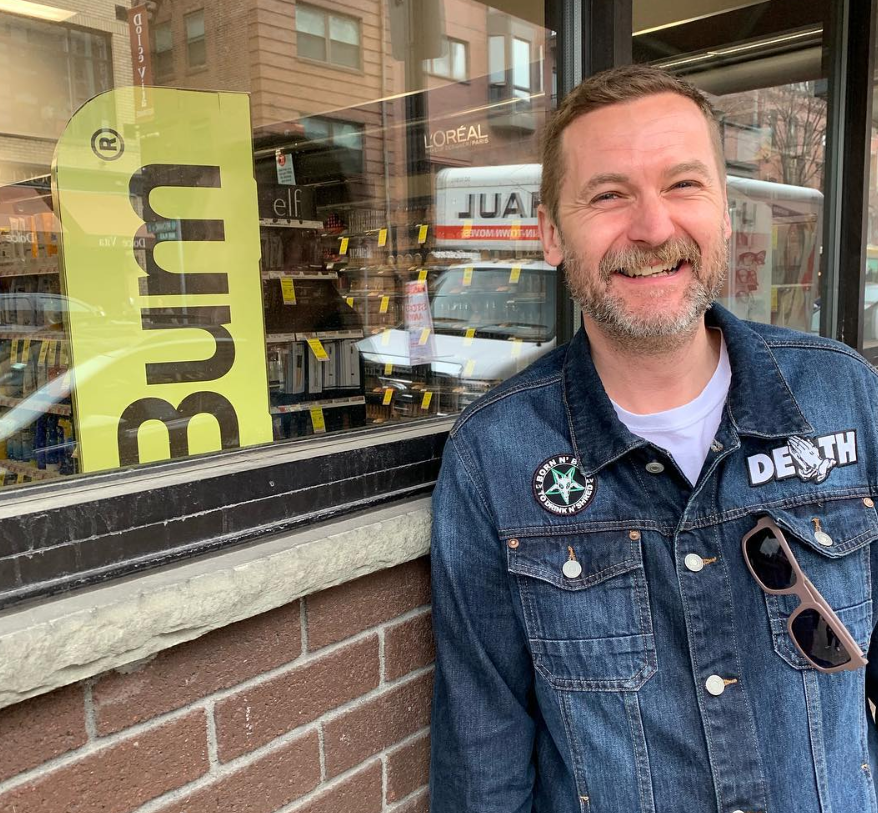 Lastly we’ve got Matt Martin, who quickly became one of my favourite people in the industry. I’ve never had a boss as caring and understanding as Matt, and I will miss his happy face. Where many workplaces will let you work extra hours and not give back, Matt is more give than take. He understands that family life is more important than words about video games, and I respect the hell out of that. Matt became a mentor to me and I learned so much from working under him.

I’ve also been lucky enough to attend E3 with Matt and travel down to Dubrovnik for Reboot. Those kinds of events are long hours and hard work, but Matt was always fair about when it was time to turn off, rather than forcing his staff to work through it. I’ll never forget that night at E3 where we somehow ended up in a party in a car showroom where someone was trying to sell exercise bikes at the bar. Then Snoop Dog turned up and started DJing, filling the room with potent ganja smoke, even though it was a non-smoking event. It definitely beat working in Wetherspoons.

I’m proud of the stuff we’ve done as a team at VG247 and much of that is down to Matt. He trusts his staff to do what they’re good at. He’s open to ideas that are outside of the normal, po-faced video game coverage you see everywhere. And it’s down to him that the site is so diverse – both in its staff and from its freelancers. It’s been an honour to work with such a talented range of writers during my time here.

My point is, VG247 is in good hands. It’s been in good hands for a long time and it’ll continue to do what it does – spicy, broad video game coverage that isn’t afraid of making dick jokes. I’ll miss being part of that, but I’ve made friends for life and memories that I’ll hold onto forever – some of which I won’t put here. Thanks to anyone who’s read and enjoyed my stuff over the years. To those who hate me, sorry I didn’t like the video game as much as you. I will have to live with that for the rest of my life.

My last day is August 20 so feel free to call me a cuck at kirk.mckeand@vg247.com until then.