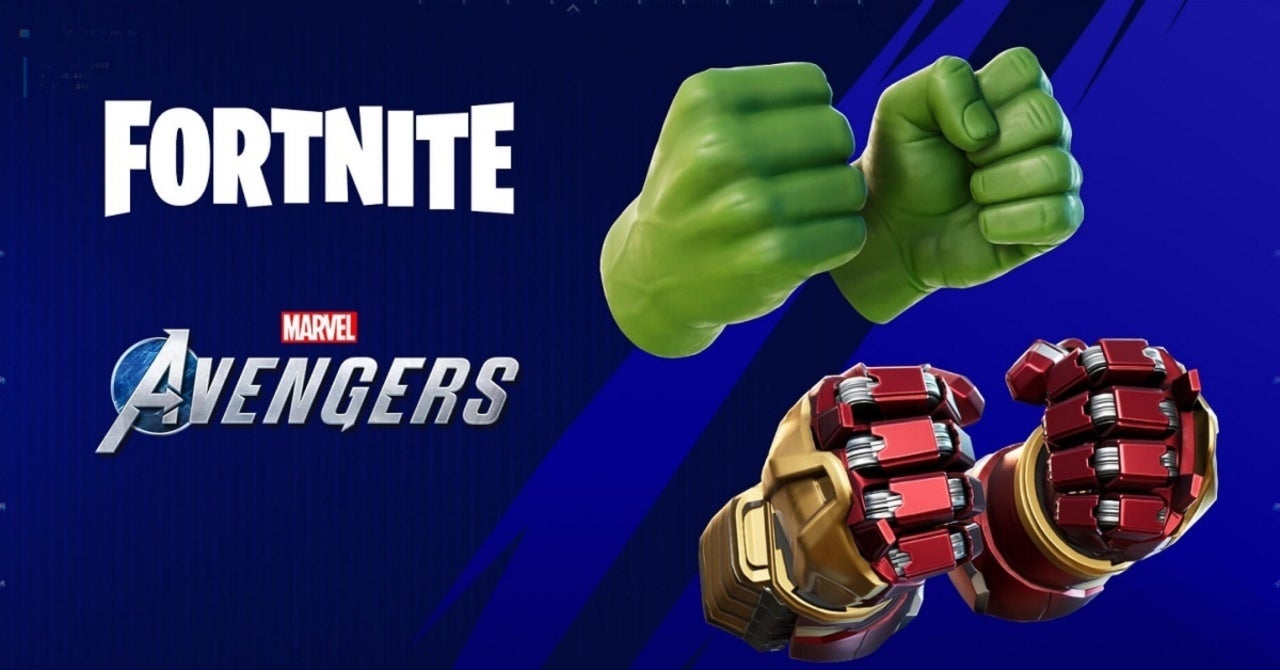 The Fortnite items can be seen below for those who missed their reveal during the War Table stream. They’re essentially the same as the old Hulk and newer Hulkbuster foam fists you’d have as a kid that turned you into the heroes, but instead of beating up on your friends and siblings with them, you can punch some trees in Fortnite to gain resources.

Unleash the power of the Incredible Hulk with the Hulk Smasher Pickaxe and bonus Hulkbuster style when you complete the HARM challenges in the @PlayAvengers Beta on Xbox One or PlayStation 4.

If you want to add these cosmetics to your collection for free, you have to play in the Marvel’s Avengers beta. Once it’s available to download first on August 7th for PlayStation 4 owners who pre-ordered Marvel’s Avengers, you’ll have access to several different parts of the game including a series of Holographic Augmented Reality Machine Rooms. These HARM Rooms will pit players against waves of enemies that are more difficult to take on the further you get. Completing three rooms earns players a unique nameplate in Marvel’s Avengers that’ll carry over the full game, and it’ll also earn you the Fortnite cosmetics.

READ  It’s a great time to join the Fortnite Crew 👑Become a member of the Crew to grab the exclusive February Crew Pack before it rotates out and get ready for what’s to come in March 🦄🌈 https://t.co/iUy6J9CC8e

If you’re not planning on playing in the PlayStation 4’s closed beta for pre-order players, you can wait until the open beta starts on August 14th for the PlayStation 4. That same day will see the Xbox One’s pre-order beta kick off as well which will be your first opportunity as an Xbox One owner to get the gear. After that, everyone will have the chance to play in the open beta that starts on August 21st. If you still don’t get the cosmetics by then, you can get them later in the Item Shop, but you’ll have to pay for them at that point.

Marvel’s Avengers’ beta ends on August 23rd, so be sure to get the Fortnite gear before the offer ends.

Guess The SKIN By The IDLE POSE #2 - FORTNITE CHALLENGE

Hawkeye will come to Marvel&#039;s Avengers in a post-launch update