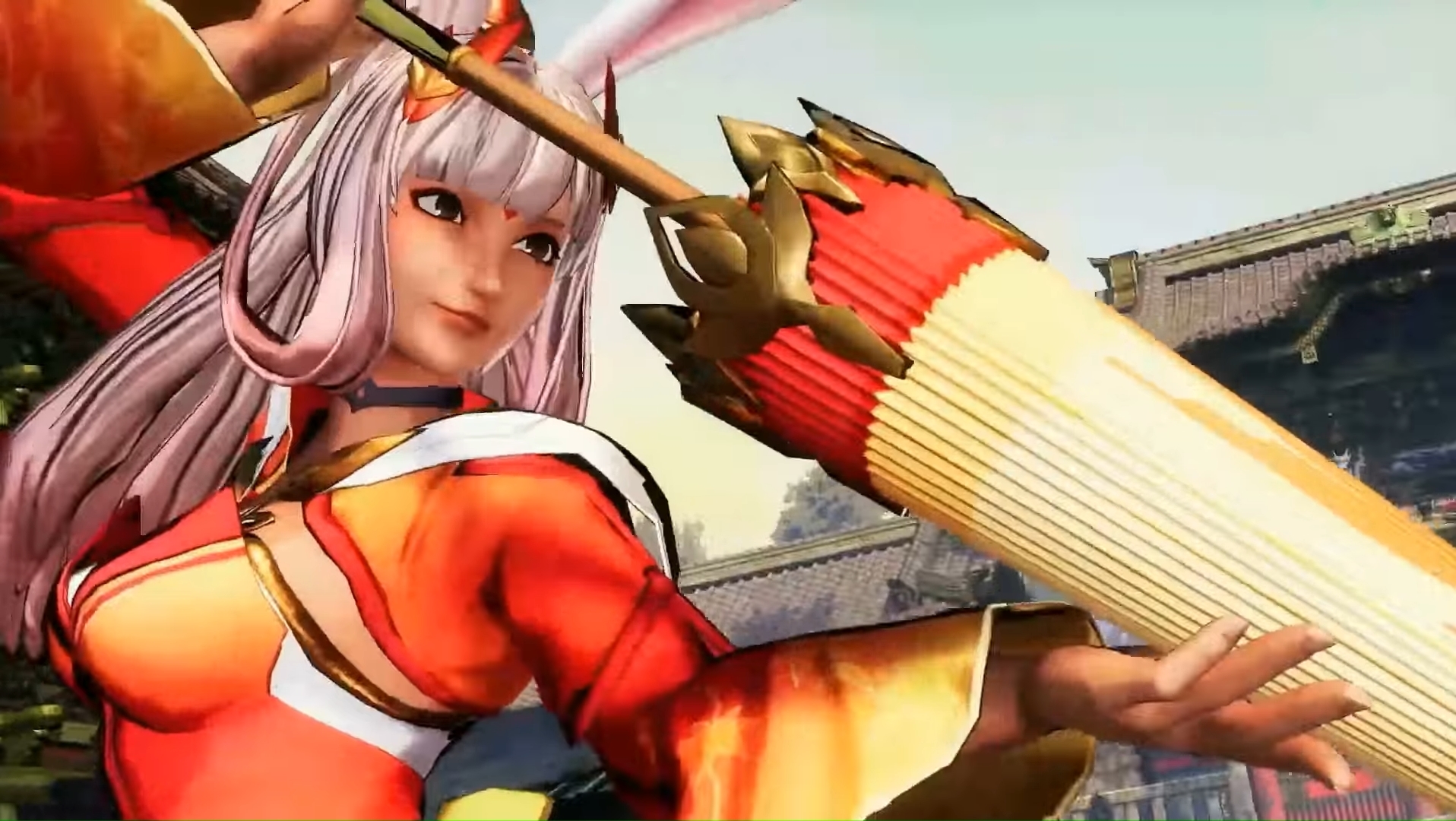 Samurai Shodown is getting a free DLC character in the form of Gongsun Li, a character from popular Chinese MOBA Honor of Kings.

SNK is continuing its trend of odd crossovers by partnering with Tencent Games to bring the mobile game character to SamSho on Aug. 5 as a free download for all versions of the game.

The bunny-themed fighter is another ranged character that will be getting the SamSho treatment and jumping into the fray with a parasol rather than a sword or more traditional weapon. Instead of focusing on just smacking her opponents around, she uses her item for long, sweeping strikes.

Her playstyle looks very floaty and good for aerial control, with many of her animations involving her parasol opening and being thrown out to be part of the combo.

As for her release, players on all systems will be able to view the Samurai Shodown expansions on Steam, Epic Games Store, PlayStation 4, Google Stadia, and the Nintendo Switch eShop. Gongsun Li will be listed as an individual character download, separate from the other DLC characters and Season Passes.

There doesn’t seem to be any additional requirements for downloading the character outside of owning the game base game. No Season Pass content is needed.

Gongsun Li releases across all platforms on Aug. 5, with more details about future DLC to come in the near future.

US House Of Representatives Votes Down AOC&#039;s Military Twitch Ban