Unexplored 2 Will Go To Xbox First For Consoles Release

Big Sugar revealed this week that when they do bring Unexplored 2: The Wayfarer’s Legacy to console, its first stop will be on the Xbox. While a release date has not been set yet, the game will release on the Xbox One and the Xbox Series X simultaneously. What’s more, The XSX version will support 4K resolution gaming at 60 frames per second. You can take a look at what that will look like in the latest trailer below. Also, anyone wishing to try out the beta on the Epic Games Store can sign up here. 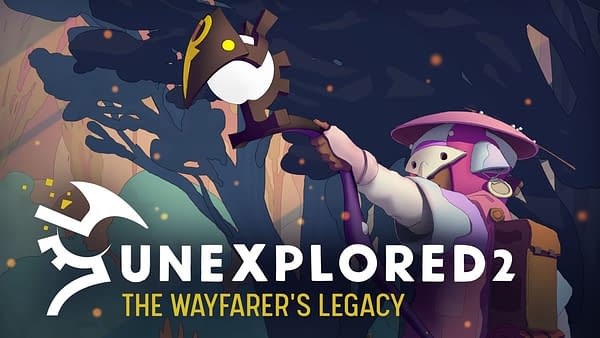 “A new console generation is always an exciting time and I’m delighted Unexplored 2 is going to be among the first games to launch on Xbox Series X,” says Nick Alfieri, Director of Unexplored 2 publisher Big Sugar. “The team at Ludomotion are masters of their craft and, as someone who has put many enjoyable hours into the original Unexplored, I’m thrilled to see their ambitious plans for the sequel coming to fruition.”

Unexplored 2 takes a radical approach to procedural content generation. For every player it generates a vast world to explore, full of beautiful landscapes and hidden marvels to discover. As the titular Wayfarer you take on the quest to destroy the Staff of Yendor, for which you’ll have to traverse your world. Along the way you’ll meet tribes to befriend or antagonize, encounter magical creatures and dangerous foes, and explore ancient ruins and tall mountains to discover mythical weapons and historic items. The game is challenging and you will die often. You may make a wrong choice, take on one too many creatures, or forget to stock up on food before traveling a desert. Whatever the reason, when your character dies, they’re gone. No autosaving or quickloading.

However, you can choose to continue your adventures with a new character in the same world, a few years later. Your new character will witness the result of the choices your previous adventurer made. You can leave items in a safe spot, ready for your next Wayfarer to pick up and use. You can try to fulfill your quest to destroy the Staff of Yendor with consecutive Wayfarers in the same world. However, when you die during your final mission, your world ends. Permanently. So, make sure you are prepared well and know everything there is to know about the last and most dangerous part of your adventure. When you fail, that world vanishes. The only thing left to do is to generate a whole new world with its own history, and begin the quest anew.

Fortnite item shop: Jam out to Diplo with these skins that react to music