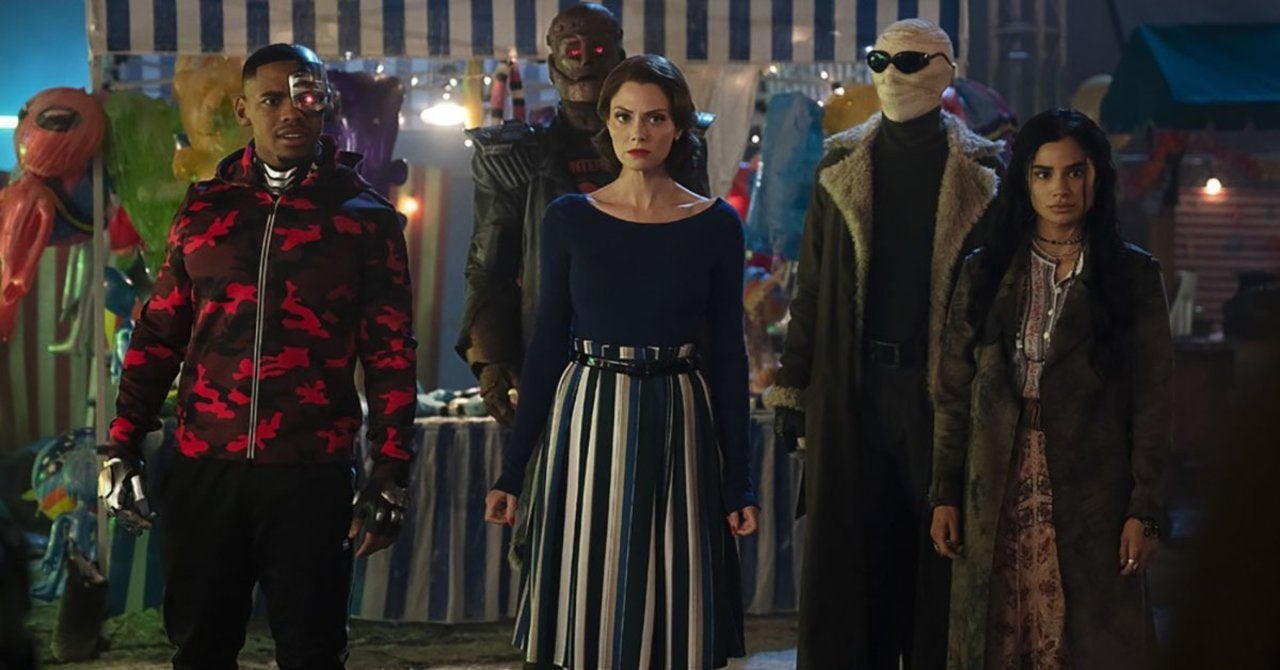 DC Universe has released a preview for the upcoming season finale of Doom Patrol‘s second season, “Wax Patrol”. All season long, the team has been dealing with issues and antagonists that are deeply personal while also wrangling with a bleak truth: Niles is dying and someone has to survive him in order to care for his seemingly forever-a-child daughter, Dorothy, who could potentially unleash something that would end the world. That something is the terrifying Candlemaker, but in this week’s “Dad Patrol”, viewers learned that Dorothy isn’t forever a child. Niles has been trying to keep his daughter as a little girl because when she matures, the Candlemaker will be unleashed. This week, Dorothy hit puberty, making the time right for the Candlemaker’s rise and from the looks of the preview, it’s an all-heroes on deck situation.

In the preview, which you can check out in the video above, as things escalate for Dorothy, her imaginary friend Herschel (the giant spider) reaches out to the rest of the Doom Patrol for help, though how effective they are against the waxy monstrosity remains to be seen — though Willoughby Kipling certainly isn’t particularly confident that anything can take down Candlemaker.

The episode will also delve into Miranda’s first time as primary, something we get a small taste of in the preview. In this week’s “Dad Patrol” Jane, insecure in her position as primary after Miranda’s stunning return, faced the horrors of The Girl’s childhood in order to retrieve a beloved stuffed animal only for Miranda to throw both the toy and Jane into the Well, effectively discarding Jane along with the deceased Flaming Katy and Baby Doll and previously missing Scarlet Harlot and Lucy Fugue. There are still so many questions about what Miranda’s return means for The Girl — and Jane by extension — so getting more of Miranda’s story may shed some light on things as the season comes to an end.

You can check out the official episode synopsis for “Wax Patrol” below.

“Wax Patrol” – Before they can save the world from The Candlemaker in the season two finale, the Doom Patrol must first confront their childhood imaginary friends. Meanwhile, Jane reflects on the first time that Miranda (guest star SAMANTHA MARIE WARE) became “primary,” and Dorothy must make a fateful choice.

Halo Infinite&#039;s Multiplayer Will Be Free And Run At 120 FPS

Complete the Launch the Ship Challenge in Fortnite