Borderlands 3 is just under a year old, the game went live on  September 13th, 2019 and was celebrated with a big Fortnite Battle Royale event in it’s honor.  The developers at Gearbox are going to be holding a six week long long mini-event extravaganza.  Throughout the event, which started on July 30th, you’ll be able to participate in a variety of events that will test your Borderland Badlands skill level.  If you’ve been playing for a while, or maybe just a noob or bot, then you might recognize some of the events outlined below, but one thing is for sure, you’ll need to get your sweat on!

From July 30th onward, every seven days there will be a new event to try out until we get close to the actual launch date of Borderlands 3 which as mentioned above is September 13th. 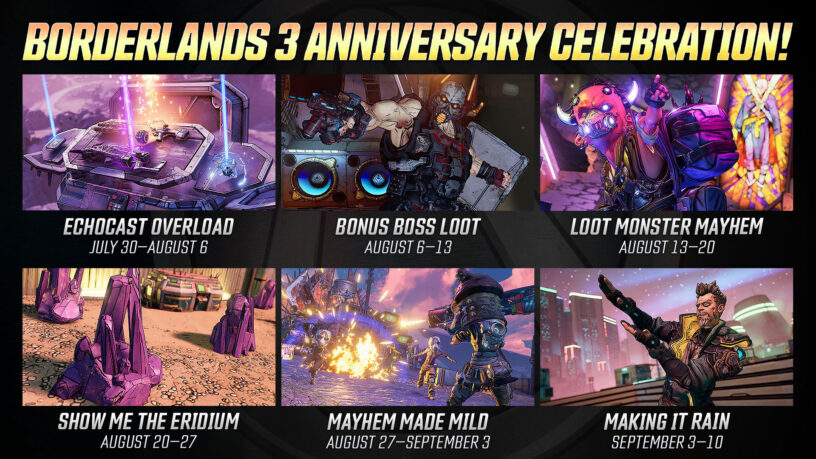 There are six events in total where you can obtain some additional loot, all dates and times are below:

Quick note, you do not need to have any of the DLCs to participate in these events.

As we get closer to the one year anniversary expect the Fortnite Item Shop to break out the Borderlands skins again!