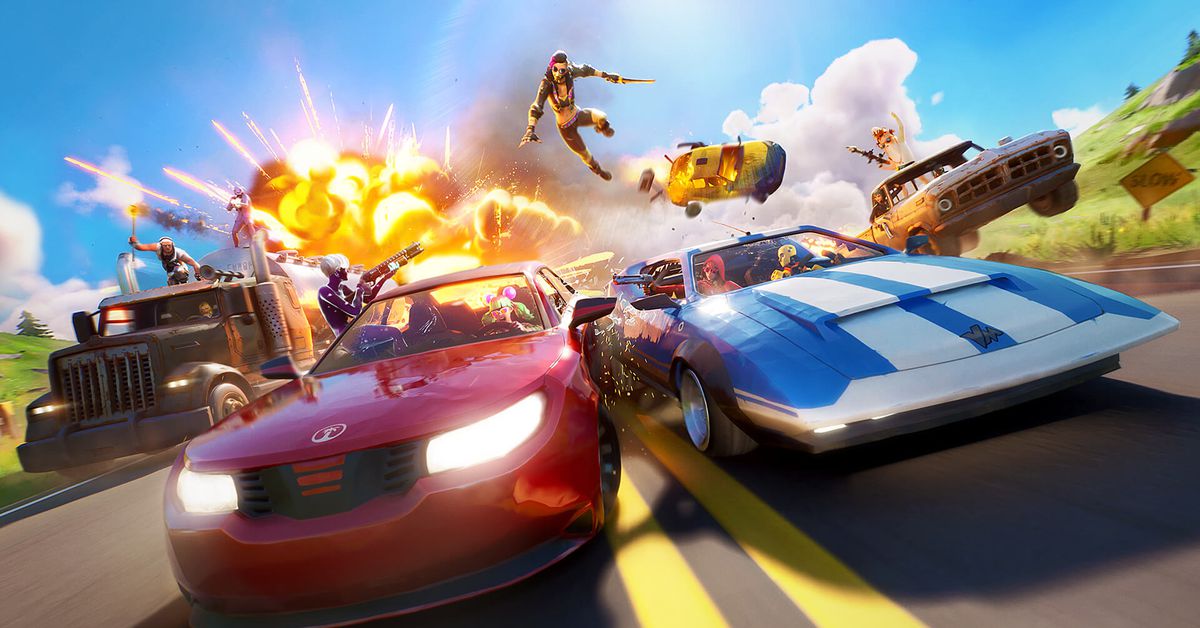 Fortnite’s changing things up with a big, themed update right in the middle of the season. The new update is called Joy Ride, and it brings cars to Chapter 2’s island.

This is the first time cars have ever been drivable in Fortnite. Previously, cars were just scattered around the world so players could destroy them for resources, but now a few models will be usable vehicles.

The update brings in a few different varieties of cars. There’s the Islander Prevalent, which is basically a compact four-door sedan; the Victory Motors Whiplash, which is something like a muscle car crossed with a sports car; the OG Bear, an old beat-up pick-up truck; and the Titano Mudflap, a semi-truck that looks like it could drive straight through buildings.

Each of the cars from the Joy Ride update will feature a fully functioning radio, complete with some great real-world songs.

Here’s the radio’s full track listing, according to Fortnite leaker, StormLeak on Twitter:

READ  Fortnite's Battle Bus is coming to Rocket League, and we should've seen that one from a million miles away

The cars do have gas tanks, though, so you’ll need to watch your fuel and keep an eye out for gas pumps where you can refuel.

There’s no word yet on how long these cars will remain in the game, but the current season is scheduled to stick around at least until Aug. 26.

Classic Animated Series Ren & Stimpy Is Coming Back, But To A New Network