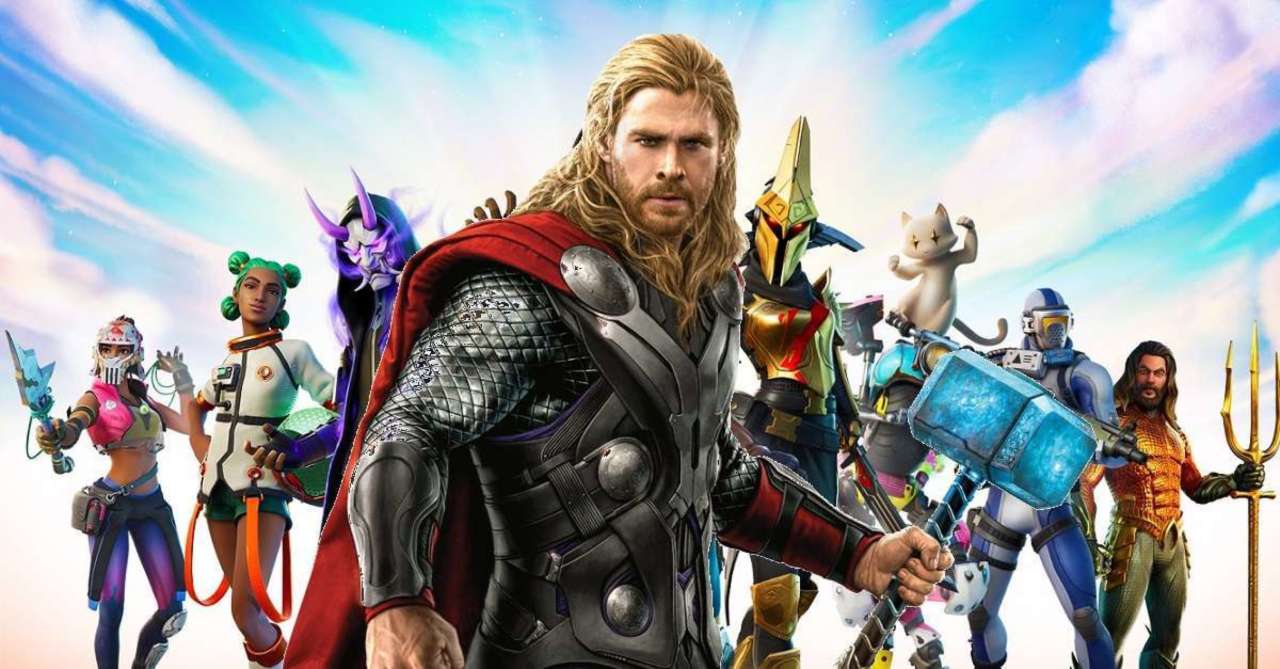 Fortnite continues to be one of the biggest video games in the world today, allowing fans to build structures while also participating in a cut throat battle royale, and with Marvel already having left its mark by introducing some of its biggest characters, it seems as if more might be on the way! As Captain America and Thanos having already left an impression in different ways within the game, fans are anxiously waiting to see what other comic book characters might be making their way to the popular digital landscape in entirely new ways.

Marvel’s Thor, in the comics, is currently undergoing a big change, having taken the role of a herald of Galactus. The giant purple figure of course is one of the most powerful beings within the Marvel universe, needing to sustain his life by devouring planets that are usually found by the likes of the Silver Surfer, Firelord, and any number of right hand men that Galactus imbues with the “Power Cosmic”. As Thor needs the help of Galactus to defeat an upcoming threat, he has inherited this power on top of his own, giving himself a brand new look as well as a task that has placed him into some seriously conflicted scenarios.

Twitter User HypeX shared the details about how some Fortnite players have seen a Marvel Comic Book that is able to be read within their Battle Pass Menu, taking pages from the latest arc of Marvel’s Thor from creators Donny Cates and Nick Klein that might be accessible by owners of the pass in the near future:

Remember the Comic Books thing i told you about? well.. some people on console are seeing a comic book in their Battle Pass menu.. this should appear for everyone in the upcoming days/weeks as a teaser for *something*!

Here’s a better video of the comic books thing, it appears if you switch accounts on Xbox, idk about PS4.. pic.twitter.com/q456XIJXci

While this isn’t necessarily the same as giving us a “Thor skin” or shooting down Mjolnir to give players the power of the “Odinson” as the Infinity Gauntlet had previously to allow participants to become Thanos, the God of Thunder would definitely be in good company were he to join the ranks of the game that is easily one of the most popular in the world today!

READ  A good thief recognizes a style that’s worth stealing.Grab the Rapscallion and Scoundrel Outfits, now with new styles! https://t.co/Av81lR77UV

Are you excited to read some comics in Fortnite? Which comic book characters do you most want to see appear? Feel free to let us know in the comments or hit me up directly on Twitter @EVComedy to talk all things comics, anime, and games!

The Witcher: Enhanced Edition Is Free Today Only