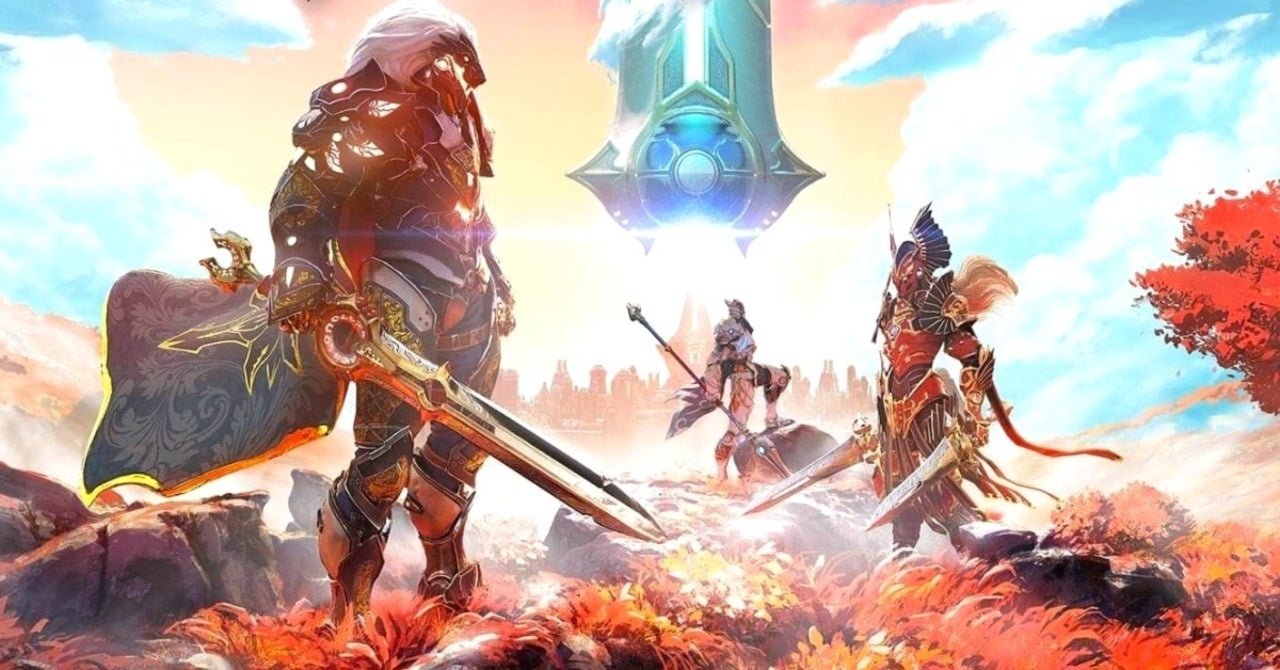 Counterplay Games and Gearbox showed off another look at Godfall on Thursday during PlayStation’s State of Play event. The game planned for the PlayStation 5 and PC platforms has become a staple of PlayStation events at this point with the latest showcase giving a broad look at the game as well as some specific insights into things like the Longsword and Dual Blade weapon types. These features and more were shown in nearly nine minutes of gameplay that went in depth into weapon combos and other techniques.

The Godfall gameplay seen below was shown towards the end of the PlayStation event to cap off a showcase of several third-party games planned for either the current or upcoming generation of consoles. A walkthrough of the gameplay was supplemented with commentary from game director Keith Lee to guide players through the combat sequences.

Compared to other games where players may be more inclined to be reactive and defensive, Lee said Godfall rewards offensive and aggressive actions instead.

“From a combat philosophy perspective, the melee combat in Godfall is intended to be fluid, dynamic, and interactive, embracing offense over defense,” Lee said. “More often than not, you’ll be facing multiple enemies at the same time. As a result, you should always be moving and closing the gap on enemies. Also, you dominate the combat space, not the enemies, and the game rewards you for being aggressive.”

A few minutes after that breakdown of the game’s combat philosophy, Lee recounted the five weapon classes in Godfall: The Longsword, Dual Blade, Polearm, Two-Handed Warhammer, and Two-Handed Greatsword. This State of Play combat overview went into detail about the combos you can pull off with the Longsword and Dual Blade with breakdowns of the other weapons to come at a later date.

Watch now to learn about the world of Aperion, the five weapon classes, complete movesets for Longswords and Dual Blades, and more!

Godfall is still scheduled for a Holiday 2020 release, but without the PlayStation 5 having a launch date, the game itself is still without one as well. When it does release, it’ll be available for the PlayStation 5 and the PC platform via the Epic Games Store.

READ  Does today&#039;s #FortniteFishing Catch of the Week look kinda familiar to anyone else? Drift through the forest to catch this spicy boy. Good luck! https://t.co/FYPAnRnL4E