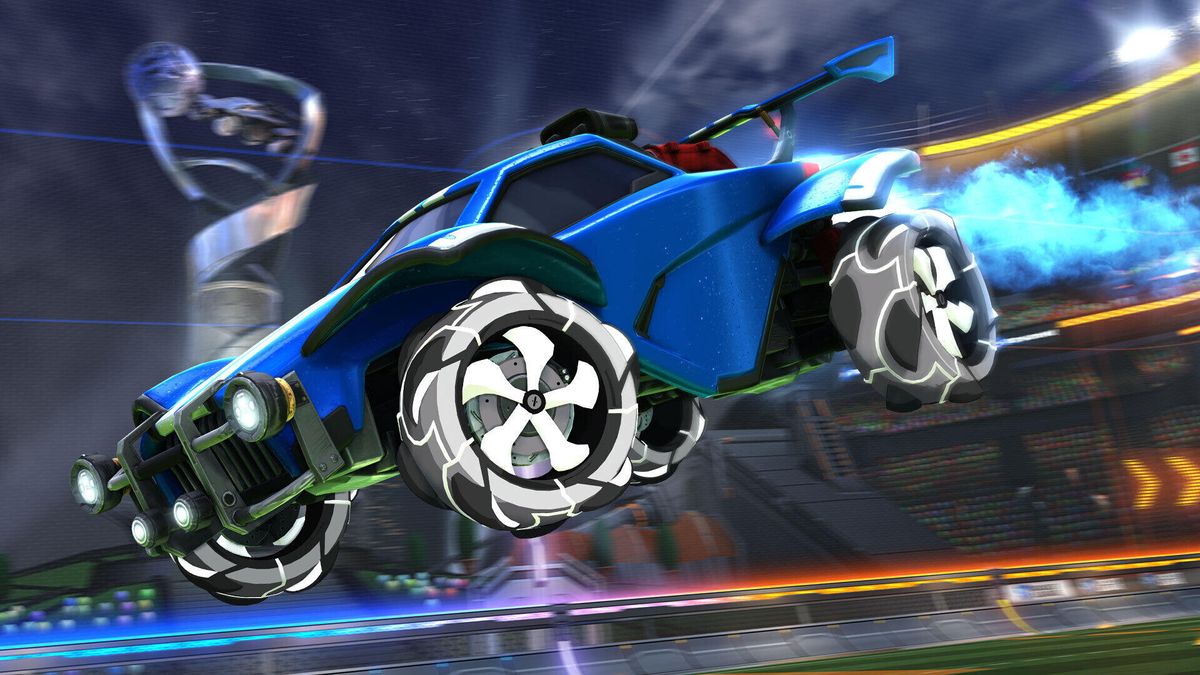 Cross-platform play is already possible in Rocket League—a Steam player can compete against a PlayStation player, for example—but players who have multiple accounts on different platforms currently have no way to synchronize their progression and inventories. That is, someone who owns Rocket League on both Steam and on PS4 has to level up and earn items separately on each platform. That’s changing, and with a little setup, the pretend cars you own on Steam will soon be the same pretend cars you own on PlayStation, Switch, Xbox, and so on.

Rocket League’s new cross-platform progression system will be added with its free-to-play launch on the Epic Store. When that happens sometime this summer, new players will no longer be able to get Rocket League on Steam, though existing players will still be able to play their Steam copy, and it’ll get the same cross-platform features and updates as the other versions.

However, while you won’t have to switch to the Epic Store version of Rocket League if you want to take advantage of cross-platform progression, you will need an Epic Games account. The way it will work is pretty simple: You’ll link your various Rocket League platform accounts to your Epic Games account, and then you’ll select one of them as your primary Rocket League platform—your Steam account, for instance. All the other linked accounts will then gain and contribute to the primary account’s inventory, competitive rank, XP level, and Rocket Pass progress.

There are some exceptions: Premium DLC, Credits, Esports tokens, and a few other things won’t be shared. Player-to-player trading will also be restricted so that items can only be traded on the platform they were purchased on.

READ  After Microsoft&#039;s huge Bethesda acquisition, which studios could be next?

Those are minor limitations, though, and the functionality should be a boon to players who move between console and PC, because they won’t have to fight for two or more competitive ranks, and can work on one Rocket Pass progression. (It’s also part of Epic’s grand strategy. Epic boss Tim Sweeney has been a vocal proponent of cross-platform functionality for years, and Epic recently made the cross-platform infrastructure it built for Fortnite free for other developers.)

For people like me who only play on Steam, there’s an extra incentive to link an Epic account: Do it and you’ll get the “Chopper EG” wheels pictured above. They’re kind of ugly, though, so I think I’ll survive without them.

If you play on multiple platforms and do look forward to consolidating, though, you can read more about how you’ll be able to connect your accounts in this Psyonix blog post.  Psyonix still hasn’t said exactly when the free-to-play update is coming, but it should happen before the summer is over.