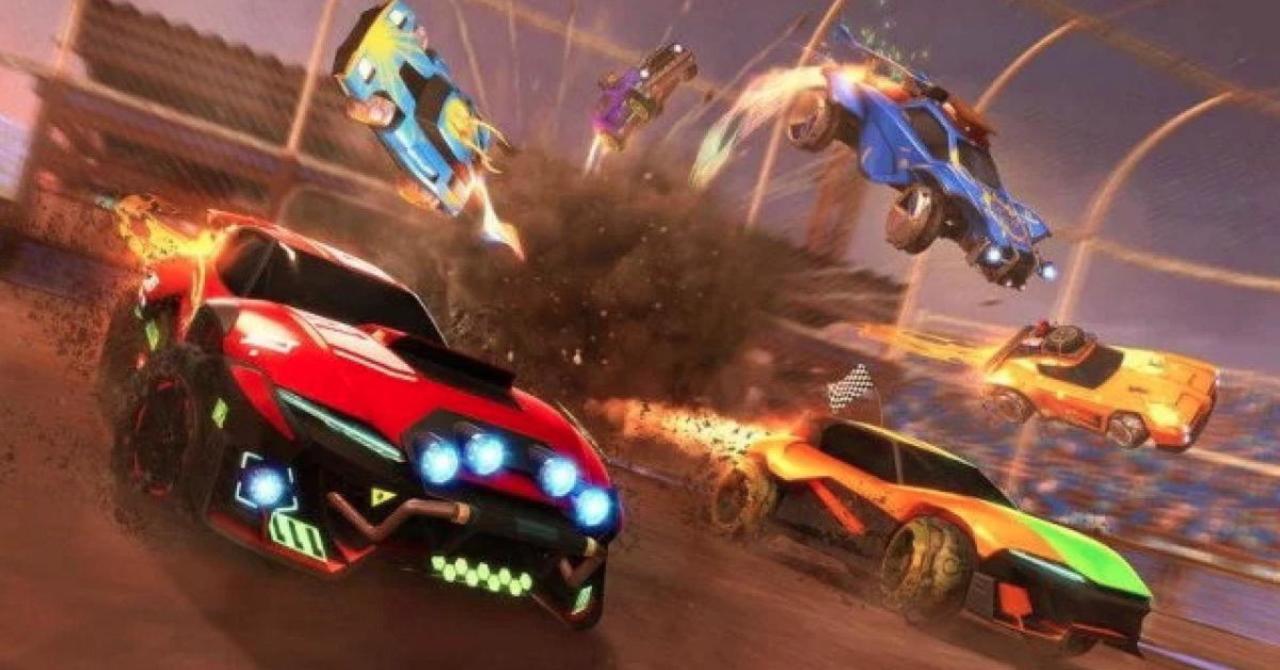 Rocket League‘s free-to-play update will also incorporate cross-platform progression, and Epic Games has released new details about how the process will work. For the uninitiated, that means that players will be able to sign-in to the same Rocket League account on any system, allowing players to carry over all of their progress. In a new blog post, Epic Games detailed how the highly-requested feature will work, following the update. Players will be able to select a primary platform, but some items will not work across all systems. Fortunately, players will receive a free Chopper EG Wheels for linking their accounts.

In order to set-up cross-platform progression, Rocket League players will need an Epic Games account. Once the new update has been downloaded, players will be encouraged to sign-in to their existing Epic Games account, or create one. Players will then be prompted to establish a primary platform, where they’ve made the most progress, and expect to play the most (this can be changed later). Players will then be able to link their PlayStation Network, Xbox Live, Nintendo Switch Online, and Steam accounts to the Epic Games account. Those that have already linked their accounts for other Epic published games (such as Fortnite) will not have to repeat the process.

Linking accounts will give players access to their inventory across every platform. There are some items that will be excluded, however. It should come as little surprise that platform exclusive items such as the Mario and Luigi NSR, Sweet Tooth, and the Hogsticker will remain exclusive to their platforms. Ultimate Edition on-disc DLC, licensed content (such as Jurassic Park and Ghostbusters items), and credits and Esports token balances will not be shared. Further details can be found in Epic Games’ blog post, which is linked in the Tweet below.

Cross-platform progression is coming with free to play! Our latest blog tells you everything you need to know when it comes to getting your progress in one place!

Rocket League is available on PlayStation 4, Xbox One, Nintendo Switch, and PC via Steam. You can check out all of our previous coverage of the game right here.

Are you looking forward to the next Rocket League update? Do you plan on linking your accounts? Let us know in the comments or share your thoughts directly on Twitter at @Marcdachamp to talk all things gaming!