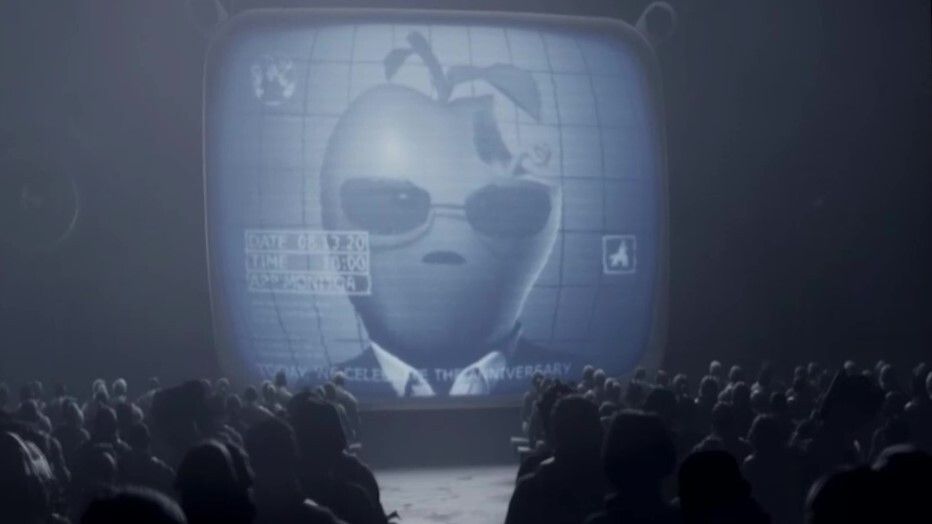 Boy, that escalated quickly. The day began with a new system for purchasing Fortnite V-Bucks that bypasses Apple’s payment system, which Apple quickly responded to by removing Fortnite from the App Store. This was all part of Epic’s grand strategy, as it turns out, because almost immediately after that, it filed a lawsuit against Apple, seeking to break its “monopolistic practices” in the iOS market.

But this legal fight isn’t just the dull, dry exchange of legal tedium that we normally see when tech companies go head-to-head in the courtroom. At the same time it filed suit, Epic also released a new short in Fortnite Party Royale called Nineteen Eighty-Fortnite. It’s a play on a famous Apple Macintosh ad from 1984, right down to the closing text scroll.

“Epic Games has defied the App Store Monopoly,” it says. “In retaliation, Apple is blocking Fortnite from a billion devices. Join the fight to stop 2020 from becoming ‘1984’.”

It’s a hell of a PR move, and it’s reinforced by a “Free Fortnite” blog post that explains—from Epic’s perspective—what all the trouble is about, and invites Fortnite fans to get involved.

“Apple has blocked Fortnite from the App Store, removing everyone’s ability to install and update the game on iOS devices, while instructing Epic to ‘remove the “Epic direct payment” feature’,” the blog post says. “Apple is keeping prices high so they can collect 30 percent of your payments, and is blocking Fortnite in order to prevent Epic from passing on the savings from direct payments to you! Join the fight against @AppStore on social media with #FreeFortnite.”

“Fortnite remains available on Google Play, PlayStation 4, Xbox One, Nintendo Switch, PC, Mac, GeForce Now, and the Epic Games app on Android. Your account, progression, and purchases also remain available on these platforms. Because Apple has BLOCKED your ability to update, when Fortnite Chapter 2 – Season 4 releases you will NOT be able to play the new Season on iOS. Make your voice heard with #FreeFortnite.”

Epic’s legal fight with Apple is going to be very interesting; it’s already weaponized its audience to “fight” for its cause. Apple is facing antitrust accusations targeting the app store, and Epic’s timing here certainly isn’t coincidental. In terms of valuation, Apple dwarfs Epic, but Epic is riding the crest of a uniquely influential cultural phenomenon and it’s clearly not afraid to put it to use. It’s a bit like the horse-sized duck and the duck-sized horses, except they’re fighting each other and I honestly have no idea what’s going to happen next.

A more detailed breakdown of what’s going on, and why, is available in the Fortnite Mega Drop FAQ. And if you haven’t seen it before, you can check out Apple’s 1984 ad below.