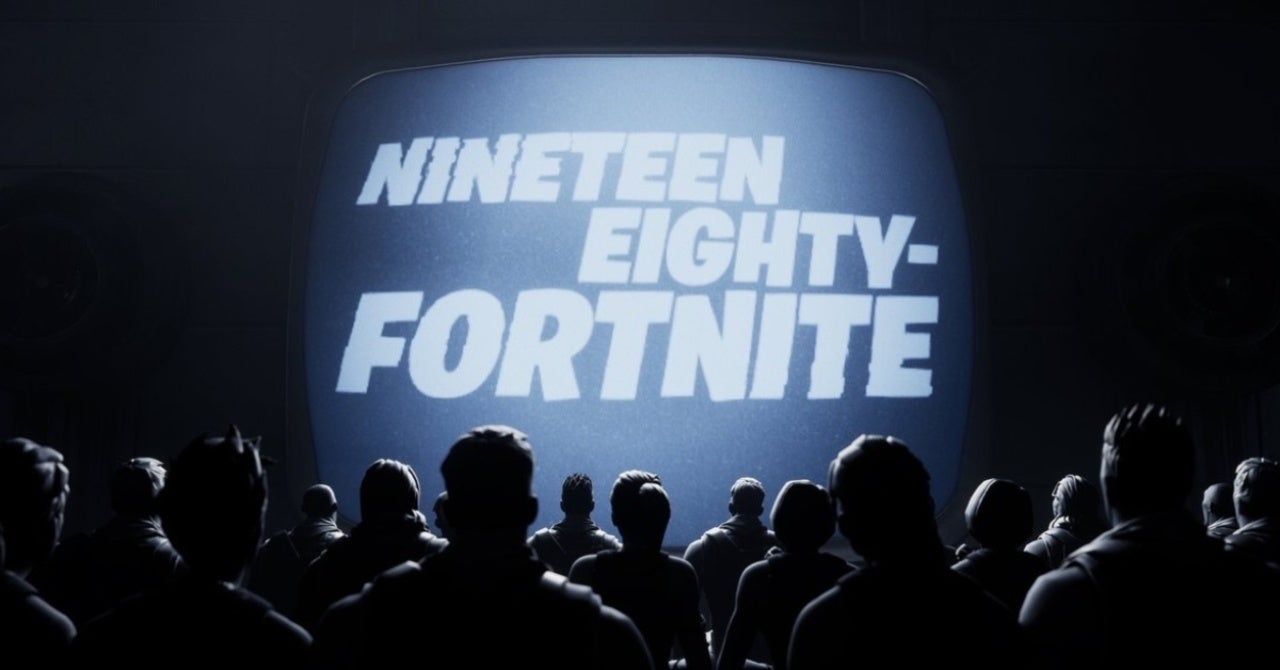 The gaming world has been dealing with some unexpected drama on Thursday, when Fortnite Mobile was suddenly removed from Apple’s App Store. The decision came after Epic Games made a new update to the mobile version of the hit multiplayer game, which allowed for its own payments system to bypass Apple’s IAP system — taking away Apple’s 30% cut of transactions, and therefore making in-game transactions cheaper for players. The change was soon accompanied by a legal complaint from Epic Games, which accuses Apple of unfair practices. Now, Epic has taken its squabble with Apple into a new – and surprisingly-meta – direction. On Wednesday, the company teased that a new short film, titled “Nineteen Eighty-Fortnite”, would be debuting in the game’s Party Royale feature.

Epic Games has defied the App Store Monopoly. In retaliation, Apple is blocking Fortnite from a billion devices.

The short, which you can check out above, is an almost note-for-note recreation of Apple’s iconic “1984” commercial, which was used to advertise the release of the company’s Macintosh computers during that same year. The original commercial, which was directed by iconic filmmaker Ridley Scott, depicts a woman (meant to symbolize the Mac computer) freeing her fellow citizens from conformity and tyranny, by throwing a literal sledgehammer into a television showing propaganda. Fortnite‘s take on the advertisement fills the room of lemmings with its various default characters, and replaces Apple’s unknown heroine with Brite Bomber. Brite Bomber then throws her pickaxe into the television, which shows an apple-themed avatar talking to the masses. A text at the end of the video reads the following:

“Epic Games has defied the App Store Monopoly. In retaliation, Apple is blocking Fortnite from a billion devices. Join the fight to stop 2020 from becoming ‘1984’.”

That final line is also a callback to the initial Apple ad, which proclaims that the Macintosh would help prevent the year 1984 from becoming a dystopia seen in George Orwell’s iconic novel 1984. Clearly, Epic believes that Apple is trying to create a similar sort of tyrannical situation among the mobile game market, something the company recently expanded on in their blog.

“Apple has blocked Fortnite from the App Store, removing everyone’s ability to install and update the game on iOS devices, while instructing Epic to “remove the ‘Epic direct payment’ feature”,” A new post on Epic’s blog reads. “Apple is keeping prices high so they can collect 30% of your payments, and is blocking Fortnite in order to prevent Epic from passing on the savings from direct payments to you! Join the fight against @AppStore on social media with #FreeFortnite.”

Later on in the post, Epic continues to call on its players to help #FreeFortnite, especially through social media.

“Epic believes that you have a right to save money thanks to using more efficient, new purchase options,” Epic’s article continues. “Apple’s rules add a 30% tax on all of your purchases, and they punish game developers like us who offer direct payment options.”

What do you think of Epic Games using a “1984” parody in their war against Apple? Share your thoughts with us in the comments below!

Epic Games Files Suit Against Apple After The Removal Of Fortnite

You can still play Fortnite on iOS — for now